Here’s how Lucy Jaffee got ahead of the press pack

Lucy Jaffee interviewed a top expert to get a jump on the mainstream press in a landmark free-speech case that reached the U.S. Supreme Court. 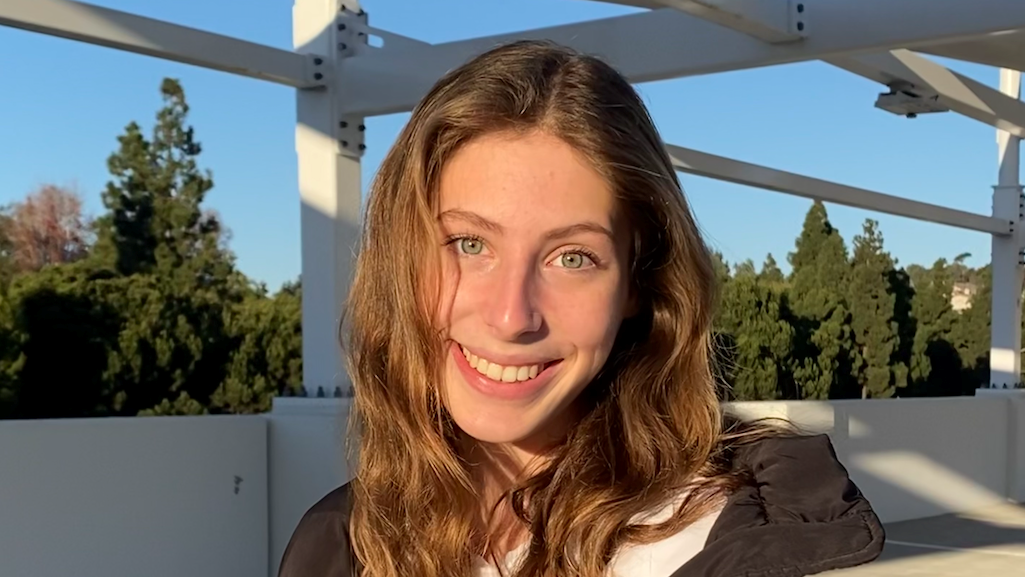 Eight months before the U.S. Supreme Court took up a free-speech case covered by the world’s largest news operations, Lucy Jaffee of La Jolla Country Day School grasped the significance of the lawsuit that had yet to grab the nation’s attention but which has implications for students across the United States.

Jaffee got a jump on the mainstream press with her article “Can a school punish a student for online speech off campus?“, which examined the important stakes in the case pitting a high school student against her public school district.

Jaffee, who will be entering her final year of high school later this year, correctly surmised that the nation’s highest court might decide to take up the case of the Pennsylvania student, who was suspended from her school’s cheerleading team after she published a profanity-filled post on social media while off campus on a weekend.

The student, identified as B.L. in court documents, sued the school district, and an appeals court eventually ruled that the school had violated the student’s right to freedom of speech under the First Amendment of the U.S. Constitution.

At the suggestion of News Decoder correspondent Betty Wong, Jaffee asked Floyd Abrams — a renowned First Amendment expert who has argued 13 times before the Supreme Court including the landmark Pentagon Papers and Citizens United cases — for an interview. Abrams consented and told her the Court just might want to take up the case.

‘In good journalism, you should never be assuming.’ — Lucy Jaffee

I asked Lucy how she became interested in the case, how she went about her reporting and what lessons she learned from the experience.

“I definitely knew that I wanted to do something that related to civil rights or civil liberties,” she said, adding that she scoured the website of the American Civil Liberties Union to pinpoint an interesting and consequential issue that she might examine.

“What really drew me to the topic was the fact that her speech was really something common that I see amongst my friends,” Jaffee said. “I’ve probably seen stuff like that on social media all the time — people complaining about school, about teachers, about extracurricular activities.”

So, there’s a first lesson for students keen to produce content for News Decoder: You can identify interesting topics by going to the websites of reputable organizations that follow issues that interest you. There, you can also identify experts who can help you dig into the relevant topic.

Once she had a grasp of the court case, Jaffee recognized the importance of tapping an expert source. “In good journalism, you should never be assuming, and it is much more powerful to have a source,” she said.

Writing for the press is a collaborative process.

How did she grab the attention of someone as famous and busy as Floyd Abrams?

When she wrote to him, Jaffee made sure he understood that she had done her homework on the case and that she wanted to push the story forward — not dwell on the past and what was already in the public domain — and so she told him there was a chance the case could go to the Supreme Court.

“I think that maybe he was slightly excited that someone had come up and brought this to his attention, when it had sort of only remained within the legal community prior to that,” Jaffee said.

What advice would she give to a young person who wants to land an interview with an expert?

“I would say definitely go in with confidence. You don’t need to write a shaky email, like, ‘Hi. I’m 16 years old and I want to interview you for a tiny article.’ You definitely need to assert yourself and assert that you know what you’re talking about.”

What did she learn from the process?

“I learned that writing is based on connections and receiving help from others,” she said. “It was really a collaborative effort. And it also taught me a lot of resilience in terms of the revision process. I submitted many, many drafts, and you just have to stick with it and know that the final product is going to be great if you put in the effort.”