A mammoth rugby ball on the River Thames, 22 May 2015 (Jeff Moore/Land Rover via AP Images)

The answer is the United States, victors over France at the 1924 Paris Games.

Rugby was dropped from the Olympics after the Paris Games. The simplified, seven-a-side version of a 15-man running, kicking and passing game will be introduced next year at the Rio de Janeiro Games.

In the meantime, the United States will be one of 20 countries taking part in the latest edition of the four-yearly Rugby World Cup, hosted by England and starting on September 18.

The problem for the organizers, who claim on flimsy evidence that the tournament ranks behind only the summer Olympics and the soccer World Cup in global popularity, is that the Americans will be among the majority of the teams essentially making up the numbers.

It is a leading sport in Argentina, Australia, England, Fiji, Ireland (where north and south combine as one team), Japan, New Zealand, Samoa, Scotland, South Africa, Tonga, Wales (where it is the national game) — and in the south of France.

But even from this restricted base, only defending champions New Zealand, South Africa, Australia (twice each) and England (once) have won the World Cup since the inaugural tournament in 1987.

Rugby union — so called to distinguish it from rugby league, a 13-a-side variation which was the professional offshoot of a then amateur game in 1895 — has similarities with American football, Gaelic football and Australian rules.

It takes its name from Rugby School in England, which was one of the public schools where the rules were devised. Rugby was also one of the places where the founder of the modern Olympics, French aristocrat Pierre de Coubertin, drew his inspiration to revive the ancient Greek Games.

At its best, rugby is a thrilling spectacle, with the New Zealand’s All Blacks setting the pace since the game went professional in 1995.

An act of pure political genius

New Zealand produced the game’s first superstar: Jonah Lomu, a giant of a man of Tongan extraction, blessed with explosive speed, who either ran through, or over, hapless opponents at the 1995 World Cup in South Africa.

New Zealand were favorites in the final against the hosts. But in an act of pure political genius, President Nelson Mandela attended and wore a green South African Springbok jersey, previously a symbol of the hated Afrikaner apartheid (racial separation) regime to the majority non-whites.

As recorded in the Clint Eastwood-directed film “Invictus”, an inspired Springbok team neutralized Lomu and won the match.

In England, the All Blacks will attempt to win the Cup for the first time on foreign soil.

They have two great players in captain Richie McCaw and Dan Carter, albeit both in the twilight of their careers, but they have been upset twice by both France and Australia in the knockout stages. Hosts England and South Africa, too, could spoil the party. 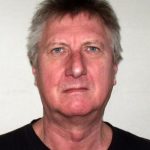