Hate crimes surge as Italy cracks down on immigrants

Hate crimes have surged in Italy as a new governing coalition takes a hard line on immigrants, capitalizing on citizens’ fears of foreigners. 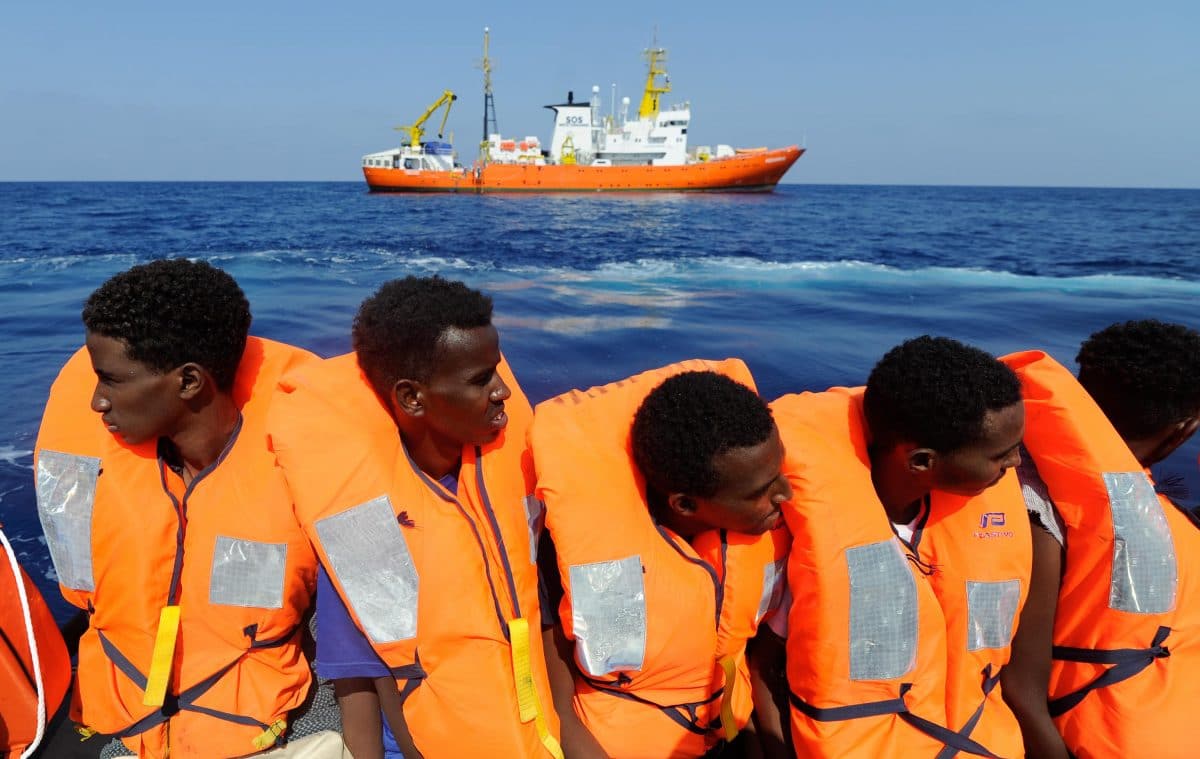 When police arrived at the scene on the evening of July 29, Hady Zaitouni’s body lay on the ground near the car from which he had been dragged.

Police said residents of the Aprilia suburb outside Rome had organized into a neighborhood watch group to address what they called a growing crime epidemic — despite authorities  having recorded only four burglaries this year.

Hady, a 43-year-old migrant from Morocco, had been sitting with friends in a parked car when they were approached by a vigilante group.

A fight broke out, and then there was a car chase. Hady’s vehicle crashed, and he was dragged from the wreckage and beaten to death.

Hady’s murder is the most chilling in a series of attacks on people of color in Italy in the last two months.

Konate Bouyagui, a Malian cook who had appeared on the Italian cooking show “Masterchef,” was wounded in the stomach by an air gun pellet from a moving car while walking in downtown Naples.

Similar shootings of people of color have taken place in Latina, Caserta, Vicenza and twice on the same day in Forli. This July in Rome, a one-year-old child of Roma ethnicity was shot in the back by a sniper while in her mother’s arms.

Migrants, and in some cases naturalized Italians, are being targeted because of their appearance. Hate crimes reported to police increased more than ten-fold from 2012 to 2016.

In some attacks, the perpetrators have hurled racial epithets at their victims. In others, victims report their assailants shouted “Salvini,” referring to Matteo Salvini, the Interior Minister and Deputy Prime Minister.

Shrugging off the recent racial attacks, Salvini argues the real issue is the “hundreds of crimes” committed by migrants “every day” in the country.

Earlier this month, Lorenzo Fontana, a minister in the coalition government and deputy leader of the Northern League, called for the abolishment of a 1993 law punishing racist violence, hatred and discrimination. He claimed the law was a “weapon in the hands of globalists against the Italian people.”

In February, a month before national elections, Luca Traini, a former local candidate of Northern League with ties to extreme-right groups, opened fire on six migrants, wounding all of them.

Instead of condemning the shooting, Salvini attributed it to “lax migration policies of previous administrations” and said unchecked migration foments social tensions leading to violence.

Populist right-wing movements across the continent echo Salvini’s reasoning that repressive, anti-immigration proposals are needed to protect against violence by well-meaning citizens moved by upheaval in their societies.

With one of Europe’s slowest growing economies and a massive debt burden, Italy presents a difficult challenge for the new governing coalition, which has limited room for maneuver on the economic front.

Even though Italy has one of the lowest migration rates in the European Union, surveys show Italians believe, incorrectly, that illegal migrants outnumber legal ones, and they perceive immigration as a problem and not an opportunity to grow the economy.

The governing coalition has capitalized on these perceptions, fanning the flames of xenophobia during the campaign and now while in power as a means of rallying support and maintaining popularity.

No one understands this tactic better than Salvini, who for years has leveraged social media to denounce attacks and rapes committed by migrants against Italian citizens.

After being named Interior Minister, he quickly followed up on campaign promises to crack down on immigration by blocking a rescue vessel, the “Aquarius,” with more than 600 migrants from docking on Italian shores.

Other EU members states, the United Nations refugee agency and humanitarian groups denounced the move, but Salvini promised to block more ships in the future and launched a social media campaign with the slogan #chiudiamoiporti (“Let’s Close the Ports”).

The government’s tactics seem to be paying political dividends. Although migrant arrivals have fallen 80 percent since 2015, polls show rising support for the Northern League and the governing coalition.

Simon Meretab is a freelance writer focused on migration, human rights and development. He has worked in human rights advocacy for NGOs based at United Nations Geneva, and for international development organizations in Italy and South Africa. Simon holds a master’s degree in International and European Relations from Linkoping University, Sweden.