From Guatemala to a U.S. university: my American Dream

I was raised in Guatemala, where I was expected to grow up fast and told that women are not meant to go to school. But I had other dreams. 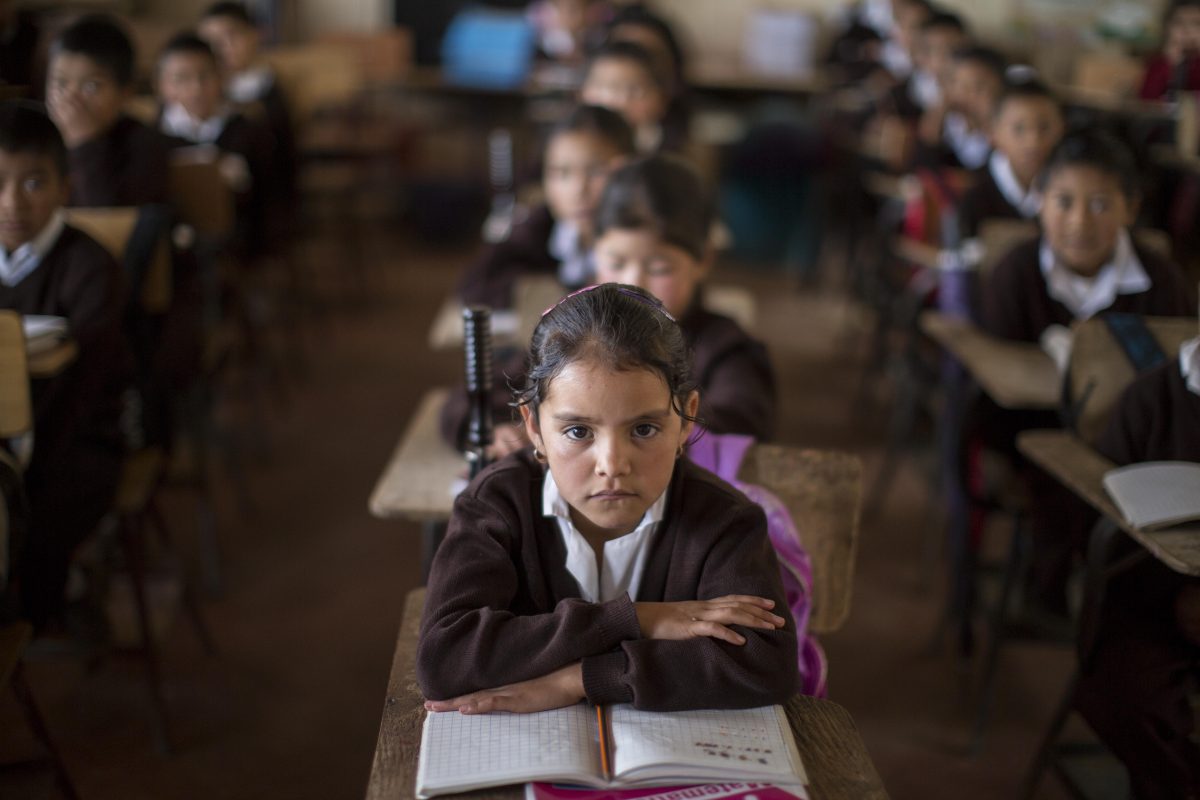 I come from Guatemala, where education is not a priority, women and men are not treated equally, many people live in poverty and big dreams tend to vanish little by little until they completely disappear.

I was raised in a small village called Venecia. I was expected to grow up fast and told women were not meant to go to school.

In sixth grade, my dad took me out of school, as he had done with my two older sisters. He had supported my brothers’ higher education but expected us girls to marry and leave the house to start our own families.

I had different plans.

When I was 16, I decided I wanted to go to America. I wanted to work so I could send money back home and save enough to eventually live as an independent woman in Guatemala.

I remember sitting with my dad in the fields one day, drinking water.

“I want to talk,” I said. My older siblings stared at me, but my dad did not look at me. “I have decided to immigrate to America,” I continued. “But I need you to lend me money to help pay for the trip.”

“I guess this work is not hard enough,” he said. “Let’s get back to work.”

I felt angry because I had finally found the courage to speak about my plans. But instead of listening to me, he punished my siblings and me with extra work.

I knew I had to be strong.

But I did not stop insisting. One day, while eating lunch, I brought it up again. “I think we can talk now because time is passing, and you do not even pay attention to what I have to say.”

My heart started pounding, but I knew I had to be strong. “My decision has been made, and I need you to lend me some money for my trip,” I said.

“I thought you would forget, but since you keep insisting, you are not giving me any other option,” he said.

I’d convinced him. Now, nothing would stop me from pursuing my dreams.

To leave Guatemala, a human smuggler — or “coyote” — put me on a truck. We changed trucks often and walked sometimes.

I spent three days on a bus. It stopped just long enough for us to take quick bathroom breaks.

After that, I walked for six days to get to the Mexico-U.S. border. I carried a gallon of water and a heavy backpack that was taller than me.

When we started walking, I felt strong and confident. But as time passed, I started to feel tired and in pain. My feet swelled, and my backpack felt heavier with each step.

I started to lose hope.

I thought the night would provide some comfort, but I quickly started shivering because it was freezing!

I felt the rocks on my back but could not move because other people were sleeping next to me. I lay staring at the stars, thinking about my family. Finally, my body numb, I fell asleep.

Initially, I did not know anyone in my group. But during the journey we became acquainted. This mattered. We would comfort each other or offer support in any way we could.

A month after leaving my home, I was detained by U.S. immigration patrols and put in a detention center in Arizona. I was kept under surveillance 24 hours a day.

After I heard stories about other children being detained in the shelter for as long as six to eight months, I started losing hope that I would be released anytime soon. I heard stories of some children killing themselves.

I felt hopeless. Fortunately, my brother, who had immigrated to San Francisco after finishing ninth grade, was able to apply to be my legal guardian in the United States as I was considered an unaccompanied minor. After two months in the shelter, I joined him in San Francisco.

I had not planned on going to school, but I ended up attending San Francisco International High School (SFI), a school for recent immigrants. The district decided I should start as a first-year student in high school because I was 16 years old. But I had performed poorly on their entrance test and would have otherwise needed to attend middle school.

When I started school, I did not speak any English. It was hard to adapt to the new system, language and culture. But because I was the first person from my family and community to gain an American education, I found the strength to work hard.

At SFI, I discovered a welcoming school community. The teachers were patient, understanding and welcoming. Even those who did not speak Spanish tried to help me as much as they could.

Each day, my teachers encouraged me to speak the few English words I had learned the day before. My after-school tutors helped me with assignments. If I became frustrated, they assured me that with time I would succeed.

Little by little, I started to feel I belonged in school again and that I deserved a second opportunity of being a student.

They showed me that my voice matters.

My teachers invited tutors from 826 Valencia, a writing center in San Francisco, to our school to help us write essays. Valencia’s volunteers taught me to write by listening, providing encouragement and talking through ideas. They showed me that my voice matters.

I received help from a lawyer and a social worker, who provided services for free and helped me become a legal U.S. resident. Once my status was resolved, I felt a greater sense of stability and belief that I could pursue my dreams. I became increasingly eager to learn.

For first-generation immigrants, college applications can be daunting. We know nothing about the process and often lack the financial means to attend.

Fortunately, I received one of six scholarships that 826 Valencia awarded in 2017. With the Valencia scholarship and other generous grants, I was able to enroll at the University of California Berkeley.

Here at university I can explore different fields of study, to gain a broader perspective on the careers I might pursue. I am focusing on Ethnic Studies, a discipline that is teaching me about people who have fought for inclusion.

I hope to pursue a career in law. I want to help other immigrant youth pursue their own American Dreams.

My story is missing in the national conversation.

While I have not yet been able to send money to my family in Guatemala, I know my independence and academic success have changed my father’s perspective about what women can do. For my younger sisters, this will open up opportunities I was denied.

My story is missing in conversations about immigration legislation and the education system in the United States.

Considering the political landscape and the challenges around immigration, we need more people like me who complete college and move into positions of power. We need more volunteers, academic support and scholarships for students so they can reach their full potential.

When youth receive the support they need, they can succeed. We all can.

Gilda Temaj Marroquin, a delegate of the International Congress of Youth Voices, was born and raised in Guatemala. She graduated from San Francisco International High School in 2017, after working at the American Civil Liberties Union in the summer of 2016. Gilda is currently in her second year of undergraduate study at University of California Berkeley, where she is focusing on Ethnic Studies.