Supporters of the “No” vote in Athens, July 5, 2015. (Kay Nietfeld/picture-alliance/dpa/AP Images)

The odds that Greece will quit the euro zone have shortened after Sunday’s decisive referendum.

Trust between Greece and Germany, the leader of Europe’s creditors, is shattered.

But ‘Grexit’ is not inevitable.

The long shadow of history will help determine whether the two sides can find the political will to forge an agreement to keep Europe’s single currency intact.

Many Greeks who voted to reject the terms of an extension of the country’s bail-out did so out of shame — the shame they felt at having to bow, yet again, to the dictates of a foreign power.

As The Economist noted, few countries have a national “No” day. Greece does, to mark its refusal in 1940 to yield to a humiliating Italian ultimatum to surrender. Invasion followed, less than 20 years after Greece suffered a crushing military defeat at the hands of Turkey.

No wonder its creditors’ demands for further austerity without end fed an already well-nourished national feeling of victimhood.

For Germany, the past also weighs heavily on the present.

Germany’s raison d’être since the defeat of Nazism has been to bind itself so tightly to a democratic Europe that a revival of extremism would be impossible. Hence the critical importance of the euro, the apogee of Europe’s integration drive. 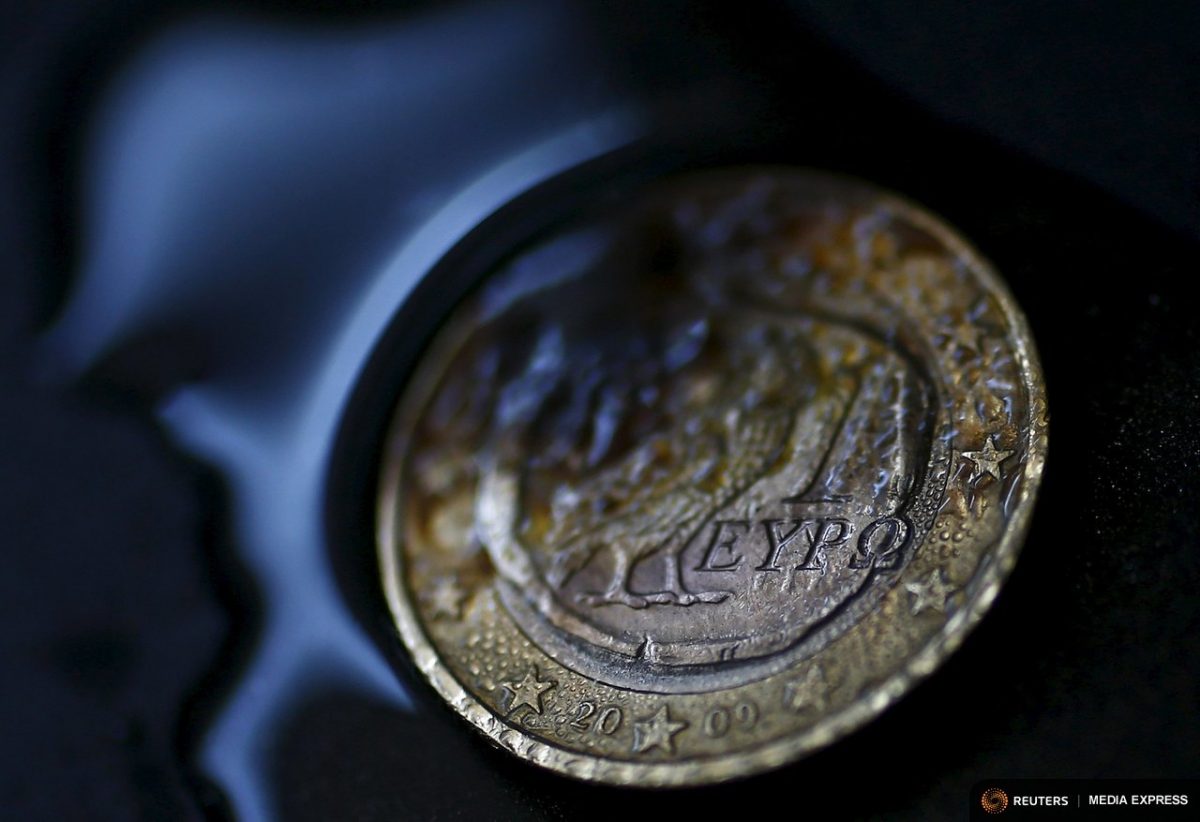 A one-Euro coin with a Greek owl is seen burning, July 3, 2015. (REUTERS/Kai Pfaffenbach)

Angela Merkel does not want to go down in history as the chancellor who “lost” Greece and potentially started the unraveling of the European project.

The ruling leftist Syriza party in Athens has not hesitated to play up longstanding Greek resentment of Germany for the pain of Nazi occupation.

But Germans, too, feel they have been unjustly treated by successive Greek governments that have failed to keep their economic reform promises and have long lived beyond their means.

After the charges of “blackmail” that Greece hurled at its creditors during the referendum campaign, how can Germany meekly grant the debt relief that even the International Monetary Fund now says is indispensable?

It is against this complex historical and moral backdrop that Greece’s euro zone fate will be decided in coming days.

It is idle to speculate how things will turn out. But some things are clear.

First, Greece’s deadline is July 20, when it must repay the European Central Bank 3.5 billion euros.

Without a deal, the ECB will have no choice but to cut off its emergency cash line to Greece and the country’s banks will collapse.

But the ECB does not want to usurp what is properly a political decision of the highest order and so is likely to keep the banks alive on a drip feed as long as possible.

Second, Greece’s demand for a debt write-off is of crucial symbolic importance for Prime Minister Alexis Tsipras but is of little relevance economically.

Athens is already paying a very low interest rate, thanks to past restructurings, and its European creditors have already agreed to the principle of writing the debt down to sustainable levels.

Third, Greece will not get out of its hole unless it modernizes its state and economy.

It is delusional to think a debt write-off and even the return to a deeply devalued drachma would solve Greece’s problems.

Europe, especially Germany and France, erred hugely in not writing off Greece’s debt in 2010, preferring instead to give their banks time to shed their loans to the Athens government.

But Greece’s woes are rooted in decades of pandering to vested interests, doling out jobs and favors to political supporters, turning a blind eye to tax evasion and favoring well-connected producers over consumers.

In talks in the days ahead, Tsipras needs to convince a skeptical Merkel that he is prepared to break with this corrosive past and embrace change for Greece’s own sake.

The resignation of the combative finance minister, Yanis Varoufakis, is a possible sign of a more conciliatory attitude.

European creditors already know what they must do in return: recapitalize the bust banks, promise debt relief and tie a big new bailout to realistic conditions that temper the harsh austerity of the past five years.

Alan Wheatley is an economics writer and editor based in London. Until recently he was Reuters’s global economics correspondent, reporting from more than 40 countries and living in London, Frankfurt, Paris, New York, Washington, Tokyo, Singapore and Beijing. He is editor and coauthor of “The Power of Currencies, Currencies of Power,” which explores the consequences of looming challenges to the dollar’s status as the world’s pre-eminent reserve currency.