Like Goldilocks, so inflation: A bit can be just right

Think of inflation the way you think of Goldilocks and the three bears: too much or too little is a problem. Just a bit can be just right. 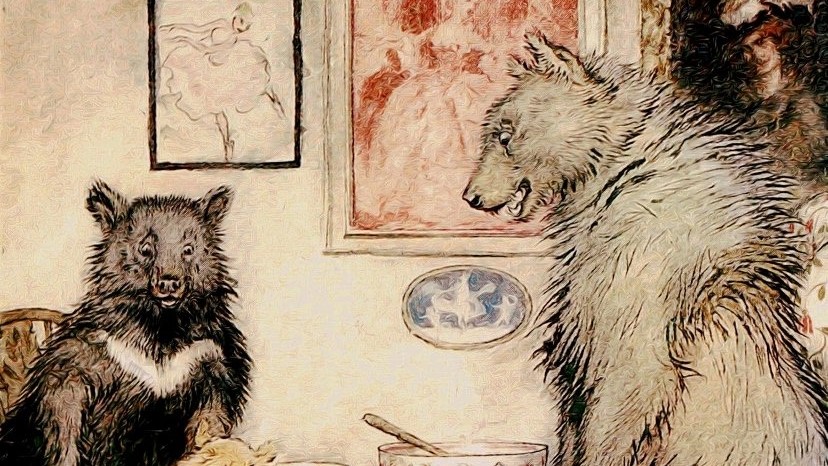 Global stock markets, which marched inexorably upward last year, have been volatile in recent days amid signs of accelerating inflation in the United States. Many younger News-Decoder readers, unlike their parents, have never lived through a period of sustained price rises. They would be forgiven for harboring a hint of complacency, given the impressive stock market gains in recent years. But beware.

On Tuesday, Richard Hubbard examined what a return of inflationary pressures means for financial markets. Today, Alan Wheatley looks at why a bit of inflation — but not too much — can be a good thing.

The tale of Goldilocks may be a cliché, but it’s the best way of thinking about inflation.

Too much inflation — when growth is running hot — is painful. Too little inflation, which has been the problem since the Great Financial Crisis sent a chill through the global economy, is no better.

What policymakers want is inflation that, like Goldilocks’s porridge, is just right. For central banks in rich countries, that means consumer prices rising at a rate of about 2 percent a year.

Stable inflation is good for economic confidence. If businesses and households can count on prices being just a bit higher in a year’s time, they can budget to increase investment or replace their ageing car.

A little inflation is especially welcome after a period of economic weakness because it lifts profits and encourages businesses and households to borrow money and spend it more quickly.

But high and accelerating inflation plays havoc with long-term investment and lending plans because accurate forecasting becomes impossible. People on fixed incomes, such as pensioners, see their purchasing power eroded. The economy becomes distorted as consumers rush to buy things before prices rise even further.

The chances of inflation getting out of control are small.

Falling inflation — or an outright decline in prices, known as deflation — is equally problematic. That’s because people hold off buying that new car knowing it can only become cheaper. As demand in the economy drops, workers are laid off. Overall spending power shrinks further, in a vicious circle.

Although prices may fall, the face value of debt does not. So the real burden of servicing a company loan, a government bond or a household mortgage grows heavier and heavier, reducing disposable incomes and tightening the squeeze on the economy.

That’s why central banks have gone to extraordinary lengths in the past decade to banish the specter of deflation.

They’ve succeeded. Indeed, stock markets have been rattled by evidence that inflation is stirring in the United States, which might prompt the Federal Reserve to raise interest rates more rapidly than previously thought.

(On Wednesday, the U.S. government reported that consumer prices rose by 0.5 percent in January, more than expected. “Core” prices excluding volatile food and energy costs marked the biggest monthly gain in a year.)

But the chances of inflation getting out of control are small.

First, companies operate globally, so if manufacturing costs rise too high in the United States, they will shift production to cheaper locations overseas.

Second, there is still slack in the U.S. jobs market because many people who gave up looking for work after the crisis could be lured back into employment, capping wages.

Third, there is no reason to believe the Fed — or financial markets for that matter — would allow the money supply to spiral out of control.

The United States is no Venezuela.

Prices rise and fall all the time in response to factors such as changing consumer tastes and technological innovation. Medical care costs a lot more than in the past, computers a lot less. But a generalized rise in prices across the economy — which is the definition of inflation — is possible only if a country’s central bank prints too much money.

That’s what’s happened in Venezuela, where the money supply has increased by 4,000 percent in the past two years. The result is hyperinflation, forecast by the International Monetary Fund to reach 13,000 percent this year. Goldilocks’s oatmeal is nearly doubling in price every month. Poverty is rife because wages lag price rises. The economy is on its knees.

The United States is no Venezuela. Evidence of a pick-up in wages is good news in fact, considering that workers have been taking home less and less of the economic pie in recent years, while the suppliers of capital have benefited handsomely.

It’s possible that the recently enacted package of U.S. tax cuts and spending increases will cause the economy to run a bit too hot, pushing up prices a bit. But of the many problems facing the U.S. economy, runaway inflation is not one of them.

In 1981, then Fed Chairman Paul Volcker had to raise short-term U.S. interest rates to 20 percent to crush inflation. History will not need to repeat itself.