On the front lines: Maggie Fox has a press pass to history

Maggie Fox witnessed the toppling of a president and war in the Balkans. For this News-Decoder correspondent, journalism “is the coolest job ever.” 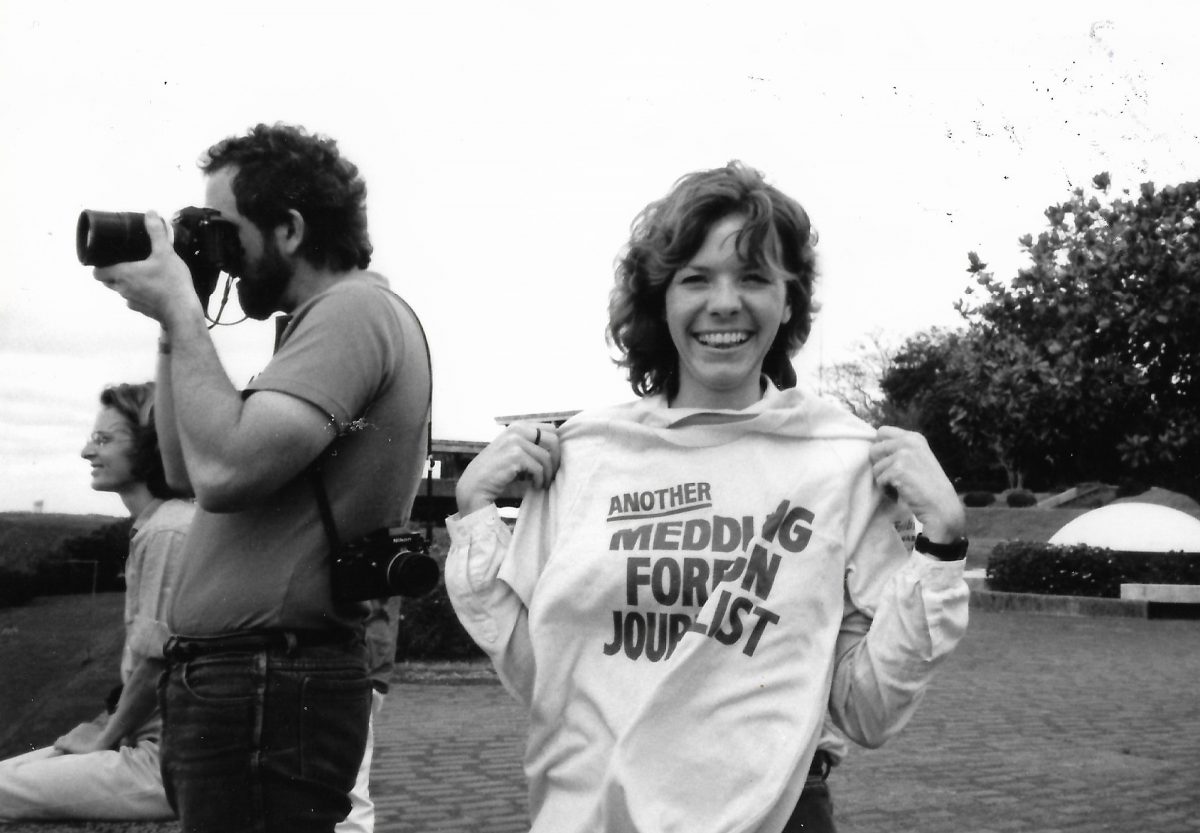 This is the first in a series of profiles of News-Decoder correspondents.

“Being a journalist gives you a front row seat to history. It is the coolest job ever.”

That’s how Maggie Fox describes her career, which started at a high school newspaper and eventually took her around the world.

She saw a revolution that toppled Ferdinand Marcos as president of the Philippines in 1986. Then South Korea’s first free elections. On to Tiananmen Square, where demonstrators took to the streets and shook China’s regime in 1989 before a security crackdown. Then civil wars in the former Yugoslavia.

“Being a journalist has allowed me to meet people, and see places and events, that I would never have seen any other way,” the News-Decoder correspondent said.

Fox’s professional path is an example to young people wondering how to start an adventuresome career. News-Decoder is featuring a number of our correspondents in a series of profiles that highlight their global perspective — portraits that might inspire some of our young readers.

After her humble start as a high school editor, Fox went on to be news director at her college’s radio station. Then on to Reuters as global health and science editor, the National Journal as managing editor for healthcare and technology, and most recently NBC News as senior writer focusing on health and science.

“We all signed on to certain principles,” Fox said of the “old-fashioned” school of journalism that she has followed and which is preached by many mainstream Western news outlets.

“These include always telling the truth, from a neutral perspective, and with as much relevant balance as possible. I have had colleagues die in the pursuit of these truths. I have nearly been killed myself when trying to find out what happened and why. It’s an important calling.”

Her most unusual assignment? Witnessing the the People Power Revolution in Manila that brought down Marcos. Fox remembers pandemonium on the night the deposed leader was rumored to have fled the Philippines.

“We had no idea what was going on,” she said. “I joined a crowd that just poured into Malacañang, the presidential palace, and wandered through offices and living quarters. Marcos was gone, leaving behind papers, closets full of expensive liquor and clothing, and Imelda Marcos’s infamous shoe collection” — the more than 1,000 pairs of shoes found in a closet belonging to the president’s wife.

Her most challenging story? Reporting on the Affordable Care Act, the health care legislation pushed through Congress by former U.S. President Barack Obama in 2010.

“They wrote this massive law on the fly, and we journalists had to figure out what it said and what it meant,” Fox said. “It was difficult to understand and even harder to make the coverage relevant to real people.”

As a News-Decoder correspondent, Fox has tapped her health and science expertise to write three “decoders” explaining why vaccines are important and why abortion, with its global health implications, is more than a mere political issue.

And for young people who are interested in pursuing “this important calling,” Fox has some advice.

“Learn as much as you can. Ask questions. Don’t be afraid to sound stupid. You have access to people who can give you knowledge. More than that, they can help you interpret that knowledge. You are never going to regret knowing something. Knowledge gives you choices.”

Amari Leigh is News-Decoder’s 2019 summer intern. An American citizen, she is studying French and world politics at university in the U.S. state of New York. Born and raised in New York City, Leigh has lived in Brazil, France and Portugal. She enjoys theater, learning languages and exploring new cities.