I’ve spent the past year in France. I’m not French, but I no longer identify completely as an American. It’s given me a new perspective. 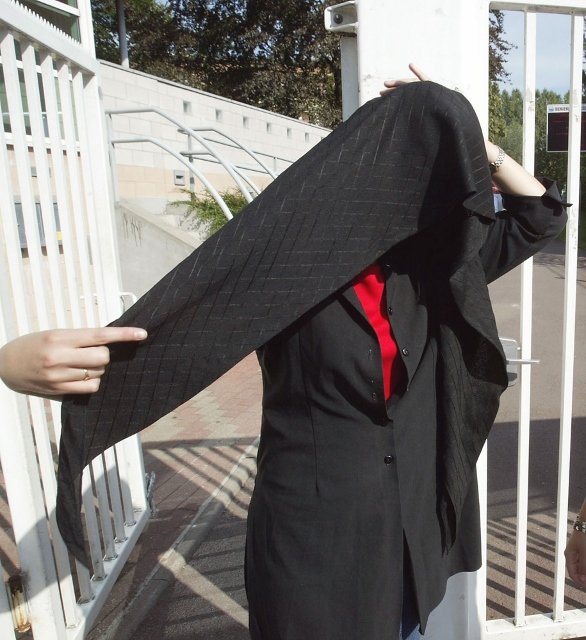 I have spent the last year living and studying in France. I was here when militant Islamists allied with the Islamic State killed 130 people in Paris. I have observed rising nationalism and seen the effects of the flow of refugees from Syria.

I have an unusual perspective: I am not fully French, but I no longer identify completely as an American.

It’s been interesting for me to compare the reactions of Americans and Europeans to the events of the past year. To better understand the similarities and differences, I talked to professionals about the contrasting political systems and cultures.

“It’s shocking to see a President swear in on the Bible.”

On paper, both the United States and France have secular political systems unconnected to any religion. But since the early 20th century, France has applied a stricter form of secularism, or laïcité.

“In France, you are French,” psychosociologist Alain Somat explained to me “You are not Jewish or Muslim, but French. That is how we qualify you.”

In contrast, U.S. legal tender bears the words “In God We Trust,” and politicians make religious references on a daily basis. “It’s shocking for us to see a President swear in on the Bible,” Somat said.

It can be difficult for immigrants to embrace their parents’ culture.

France discourages communitarianism — the concentration of ethnic or religious groups — while in the United States we are accustomed to seeing “Chinatown,” “Little Italy” and other ethnic neighborhoods. When France conducts a census, it does not ask citizens for their ethnicity or race. The U.S. census does so.

France historically has been more centralized than the United States. For that reason, the emphasis is on citizens speaking the French language and not a foreign language or a regional dialect. Public schools, for example, follow a similar curriculum.

Recent terrorist acts in Paris and Brussels, plus the inflow of refugees, have trained a spotlight on immigrants. In France, despite or perhaps because of its long colonial history, children of immigrants can have a particularly hard time integrating into the culture.

Strict laïcité, discouragement of communitarianism and strong centralization can make it difficult for them to embrace their parents’ culture and assimilate into French culture at the same time.

“The children are in a bizarre position,” French social-psychologist Sylvain Delouvée told me.

“Their parents are of ethnic origin, so they feel as though they are not recognized, as though they don’t have an identity of their own. The children are stopped and checked in the streets (by police) for their skin color, their ‘looks,’ so they are not treated as ‘French.’ They feel a gap between themselves and the society they live in, and they will thus revolt against that society.”

Americans, on the other hand, are very attached to individual rights and individuality, explained American psychologist Claudio Altman. In the United States, assimilation or acceptance typically occurs through individual or family accomplishment, not via one’s ethnicity.

“Americans are more paranoid and more likely to accuse foreigners, which is a paradox because their country is created by immigrants,” Altman said.

We can’t ignore our fundamental differences.

The French and U.S. political systems, while both democratic, are radically different. Two parties — the Democrats and Republicans — dominate American politics, which has become more divisive in recent years. Centrists are losing ground to extremists in both parties.

In France, there are more than 20 political parties, allowing for more choice in the center and forcing radical parties to the fringes. What is more, France has a two-round system of runoffs in most elections, allowing voters to express grievances in the first round before they often move to the center in the second.

For example, while the extreme right-wing, anti-immigration National Front made gains in the first round of regional elections in December, they failed to win any regions after the second round because the Socialist and center-right parties locked elbows.

Finally, the U.S. Constitution — the oldest in the world — has been amended but not rewritten since the start of the U.S. republic. Polarization in Congress that is holding up a replacement Supreme Court justice for the late Antonin Scalia and which led to a government shut-down in 2013 have prompted some to call for constitutional change.

France, on the other hand, is currently on its fifth Republic, which was created in 1958 during a crisis with its North African colony Algeria.

The situation in Europe is a reminder that while we are all human, we have fundamental differences in our cultures, histories and values that define our national identities.

Giuliana Nicolucci-Altman is a high school student from the U.S. city of Chicago. During the past academic year, she attended the School Year Abroad program in Rennes, France. Passionate about writing, she hopes to become a published author. Her interests include international relations, the environment, new cultures and languages. She speaks English, Portuguese and Spanish, and is learning French.