Why eating local is a controversial way to fight climate change

Eating local seems a great way to fight climate change. So why have politicians stopped pushing the issue? And why have corporations taken it up? 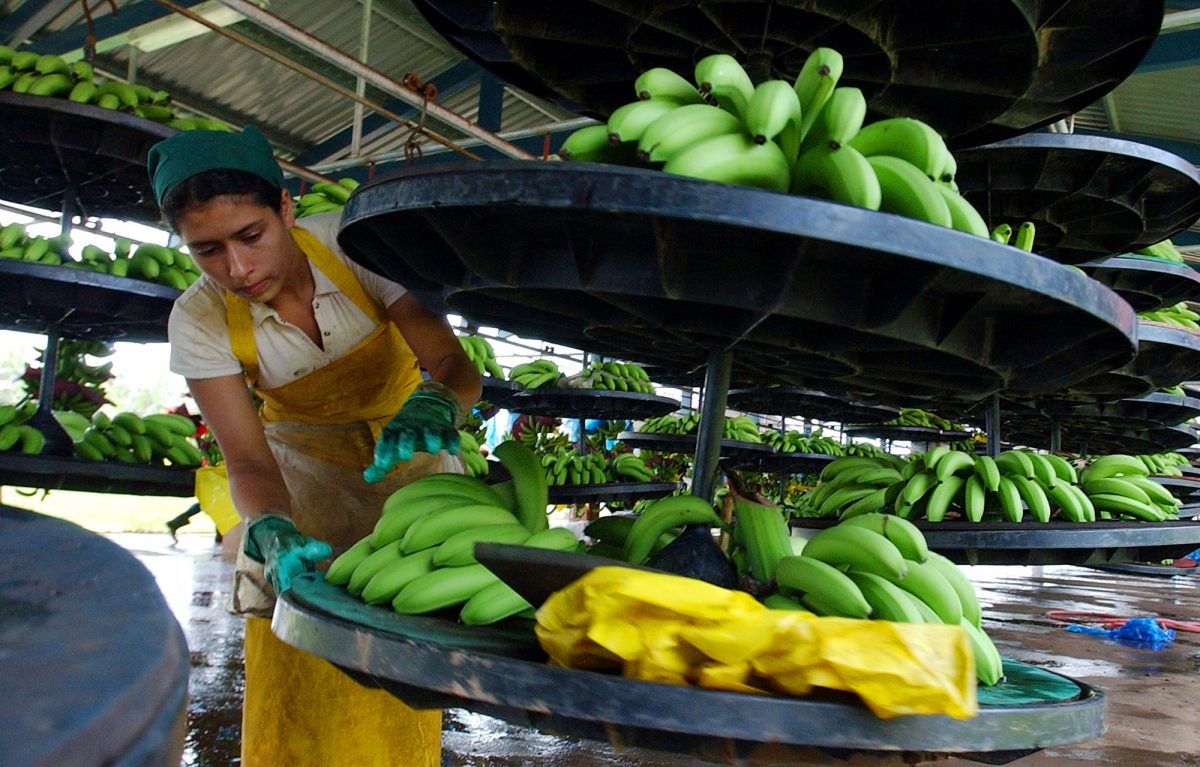 Food miles — the distance food travels from farm to table — was one of the hot climate change topics a decade ago when world leaders tried to forge a global pact on tackling the planetary problem. The attempt ended in open acrimony at a meeting in Copenhagen in December 2009.

The complex food conundrum appears to have all but disappeared from political agendas since then.

Food miles is not mentioned in the 2015 Paris Agreement that grew from the mulch of Copenhagen. And the volumes of worthy treatises on the subject, which blossomed from the mid-1990s onwards, have withered to the occasional article or university thesis.

But the thorny issue is far from resolved. In fact, it may have actually become more difficult, as the volume and value of food and food products crossing international borders have grown, following a brief interruption during the 2008/09 financial meltdown.

Shorter distances = better for the climate?

On the surface, the issue is simplicity itself. Instead of northern Europeans eating, say, tomatoes shipped a few thousand kilometres from Kenya, they should eat those grown at — or at least somewhat nearer to— home instead!

But what if the European tomatoes are grown in glass houses heated using fossil fuels — whereas those in Kenya do not need to be — and then transported by diesel-guzzling trucks, while those from Kenya travel most of the distance by lower-emission ships? What happens to the carbon arithmetic then?

And what about the farmers in Kenya who derive a useful income from this tomato trade — money that has a significant multiplier effect in their local communities? What happens to them when their livelihoods are destroyed by the good intentions of northern Europeans?

Should Kenya be exporting tomatoes?

A report by the United Nations Conference on Trade and Development showed that the economies of East and West Africa — as well as the bulk of South America — are heavily dependent on agricultural exports.

In Africa in particular, it said there was scant evidence of export destination diversification, meaning those countries were even more exposed to price or demand fluctuations in their export markets.

But then again, how does it make sense for a relatively poor, water-stressed country like Kenya to be exporting tomatoes in the first place? After all, tomatoes are about 93 percent water, so the country is in effect exporting a crucial commodity that is already in short supply!

The conundrums do not end there and are by no means confined to developing countries.

A study — “Food Miles: Recharting the food miles map” — by the International Institute for Environment and Development and Oxfam showed that between 1997 and 2004, the average distance covered by food consumed in U.S. households jumped 22 percent to 8,240 kilometres.

Add to these complexities the fact that many, if not most, consumers in developed countries have totally lost contact with nature — or at least the fact that plants have growing seasons, which means fruits and vegetables are naturally available at certain times of year and either absent or very expensive at others.

International trade has all but reduced this concept of produce seasonality to a distant memory, by making most fruits and vegetables available in shops and supermarkets 12 months a year (and available 24 hours a day, seven days a week, thanks to the Internet).

If that demand were eradicated, the impact would be felt not just by supplying countries, but also by consumers in developed economies. The globalisation adage that a sneeze somewhere causes an epidemic elsewhere is palpably true here.

The issue has taken root in some corporate boardrooms.

So it may not be surprising, then, that people have tended to turn their attention elsewhere.

The seemingly simple idea of eating local would cut to the heart of household behaviour. And it would require people to get a personal grip on their own climate change footprints — something that would be anything but simple in practice.

But while climate change and its ramifications appear to have largely dropped from the political headlines, the issue does seem to have taken root in some corporate boardrooms, at least to an extent.

Perhaps surprisingly, many oil majors are now investing heavily in lower carbon while still maintaining vigorous oil drilling programmes. Some international banks and supermarket chains like France’s Carrefour and the UK’s Sainsbury are closely examining their investment portfolios and supply chains with a view to limiting carbon exposure — which includes food miles.

Although corporate action on climate change and sustainability is far from guaranteed and may be driven by investor fear as much as visions of a sustainable future, the motivation is currently less relevant than the impact.

It was global corporate involvement and ground level action that was one of the foundations of the design of the Paris Agreement and its adoption. And multinationals are maintaining the momentum despite — or possibly because of — the headwinds blowing from Washington.

The charity CDP — formerly the Carbon Disclosure Project — issues a report every year that lists the best corporate performers for bringing carbon and climate into the boardroom. The 2018 report shows 6,937 companies reporting their climate actions against 2,166 a decade earlier. But many others remain in denial and have yet to grapple with the carbon nettle.

“The issue (food miles), I think, has become mainstream and often watered down or given a different narrative (e.g. zero carbon), but is still very present in many debates and certainly at the heart of many local food initiatives which still proliferate,” said Vicki Hird of the UK campaign group Sustain, the successor to the SAFE Alliance, which did much work on food miles in the mid-1990s.

“To be clear, it was never a single issue campaign,” she added.