Female preachers at the heart of jihad and counter-jihad

Both Islamic jihadist movements and Islamic governments that are trying to counter jihadism are relying on women to win over the hearts of Muslims.

Women in jihadist circles are child-bearing, silent recruiters, while governments in some parts of the Islamic world are increasingly deploying female preachers to promote a moderate feminist Islam.

In conflict situations, violence is not the only strategy that opposing sides can adopt. Instead of using blunt force, they can appeal to emotions and the intellect, using a strategy known as “winning of hearts and minds.”

In Morocco, women are playing a more active role in promoting a moderate version of Islam in an effort to fight radicalism. The Moroccan kingdom has trained several thousand female preachers (called morshidat), who work in poorer neighborhoods, teaching moderate Islam and educating women and children. The number is increasing each year.

“With more than 52.000 mosques all over Morocco, each mosque counts one or more female preachers nowadays” Khalid Hajji, president of the European Council of Moroccan Scholars, told me. “They participate in religious debates and religious councils.”

Turkey’s female preachers (vaizeler) are appointed by the Diyanet, or the presidency for religious affairs. They impart religious knowledge to Muslim women in Turkey and in Europe, challenging traditional gender roles.

Reminders of the state’s monopoly over religious affairs

Critics complain that these government-controlled religious feminist programs have little effect stifling radical jihadist ideas and that they are merely a reminder of the state’s monopoly over religious affairs.

The Hirak popular mass protest movement in the north of Morocco and ongoing demonstrations in the streets of the economic capital Casablanca underscore malaise. The education system is also under fire: cheap public schools offer few job prospects, while prestigious private schools run by the British, French and U.S. communities are only for the elite.

In Turkey, the government’s continuing crackdown on journalists and social media has crippled freedom of speech. Critics say Turkey’s female preacher program is another tool to control the minds of the masses and to Islamicize the country from the top down.

Since Turkish President Recep Tayyip Erdoğan came to power, he has described his mission as raising generations of devout Muslims. With his state-sponsored Islamic feminism policy, Ergodan is breaking with the policies of predecessors who favored a more secular feminism approach.

In the past, Turkey and also Tunisia prided themselves on championing secularism and women’s rights. For example, Tunisia’s first president, Habib Ben Ali Bourguiba, and the founder of the Republic of Turkey, Mustafa Kemal Atatürk, both discouraged women wearing the Islamic veil in public.

In such movements, women generally operate within a male-dominated leadership structure. They are meant to obey their jihadi husbands, take care of their household and raise children to become the next generation of radical jihadists. Sometimes they are allowed to do da’wah, or preach, to convince other women and their children to join and in some cases fight.

Due to gender bias, many view such women as innocent bystanders to terrorism. But the involvement of women in terrorism is not new. Radical movements such as the Liberation Tigers of Tamil Eelam, the Kurdistan Worker’s Party, Boko Haram, various Palestinian militant organizations and al-Qaeda in Iraq have all seen the benefits of using women as operatives.

In recent years, Europe has seen rising numbers of young women flee the continent to join their jihadist husbands — whom they meet only upon arriving — in areas once controlled by the Islamic State.

One of most infamous female preachers is Malika El Aroud, nicknamed the “black widow.” European terrorist experts consider her very dangerous because of her ties with the al-Qaeda extremist movement and her Islamist writings on the Internet.

She was arrested earlier this year in Belgium and risks deportation to Morocco. 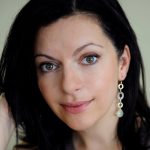 Nadia Dala is a Belgian journalism lecturer, author and multimedia journalist. She has worked as a reporter in Europe and the Middle East. Her books include a study of the history of Algeria and the rise of Islamic parties, and two novels, including the recently published “De Biecht”. A senior lecturer at Thomas More college university in Belgium, she has been nominated for this year’s Diwan Awards, which celebrate successful Belgians with Moroccan roots.