Marine Le Pen has transformed the French political landscape, challenging the dominance of the left-leaning and center-right parties that have alternated in government for decades.

Her National Front triumphed in the first round of regional elections on Sunday. Its rise parallels that of populist parties elsewhere in Europe feeding off fear of immigration, anger over austerity and anxiety about national identity.

Le Pen is the confident, personable face of the ultra-nationalist, anti-immigration and authoritarian National Front, which she has dragged from disrepute into mainstream politics in the four years since she took over as leader from her father, Jean-Marie Le Pen.

He is perhaps best known for dismissing the Holocaust as a “detail of history.”

As her latest electoral success shows, France now has three genuine contenders for power instead of two. The NF came first in six of 13 regions, grabbing nearly 28 percent of the vote, just ahead of former President Nicolas Sarkozy’s center-right alliance on 27 percent and President François Hollande’s Socialists with 25 percent.

The rural southwestern area where I live in the foothills of the Pyrenees is a traditional bastion of the left. But here, too, the NF scooped up 28 percent. At a local market, some shoppers expressed dismay. “Have we forgotten all our history?” said one old lady, visibly upset.

One stall-holder said he feared for freedom of expression and personal liberties if the NF gained control. Others cited the self-interest and failures of parties of the left and right. “We can’t trust either of them. Maybe it’s time to give someone else a try,” said one woman.

Le Pen, 47, plans to run for president in 2017 and is widely expected to reach the run-off vote, although in France’s two-round system of balloting it will be harder for her to win it or to gain a big share of seats in parliamentary elections the same year.

Nevertheless, she is stamping her mark on French politics. She may have cleaned up the NF’s image, with its unsavory roots in antisemitism, Vichy France and the struggle to deny Algeria independence. But she has few qualms about tapping into anti-Muslim sentiment.

“Nous sommes chez nous,” (“This is our home”) she declares, erecting an implicit barrier between “true” French people who are “at home” and scary “foreigners” in their midst, never mind whether they are third-generation French nationals of North African origin, Syrian refugees or Islamist militants such as those who bloodied Paris last month.

Anyone who wants to live in France, she says, must conform to its values — whatever they might be.

Momentum is with Le Pen.

Le Pen effectively proposes a fortress France. She wants out of the Schengen zone assuring freedom of movement within the European Union and out of the euro, if not out of the EU — which would spell its collapse.

At home, she advocates a zero-tolerance approach to law and order, and drastic curbs on immigration, especially of Muslims from the Middle East, North Africa and West Africa.

Her slogans strike a chord with many disgruntled voters in an anxious and divided country. True-believing socialists feel let down by Hollande’s tentative market reforms, while many center-right supporters mistrust Sarkozy and dislike his adoption of NF-like rhetoric on immigration.

Neither right nor left has found how to reinvigorate a flagging economy, reduce unemployment running at 10 percent and help those trapped in financial or job insecurity. Anger against a political class seen as remote from the travails of ordinary citizens runs high.

As the traditional parties lose touch with their base, Le Pen portrays herself as a dynamo for change who can restore France to a hazily glorious past. She connects with people who feel at risk from a liberalized economy and cutbacks from the welfare generosity of the past. And she is admired by those across social divides who are tempted to scapegoat Muslims for France’s ills.

It is not just protest votes that swelled the NF’s success at the weekend. Feverish attempts at damage control by the traditional parties may have an impact in Sunday’s second round. But momentum is with Le Pen. 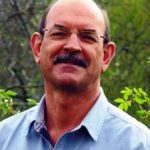