Why the European Union is bound to survive

The European Union symbolizes the victory of unity over discord and bloodshed. It might tremble, but it will not collapse. 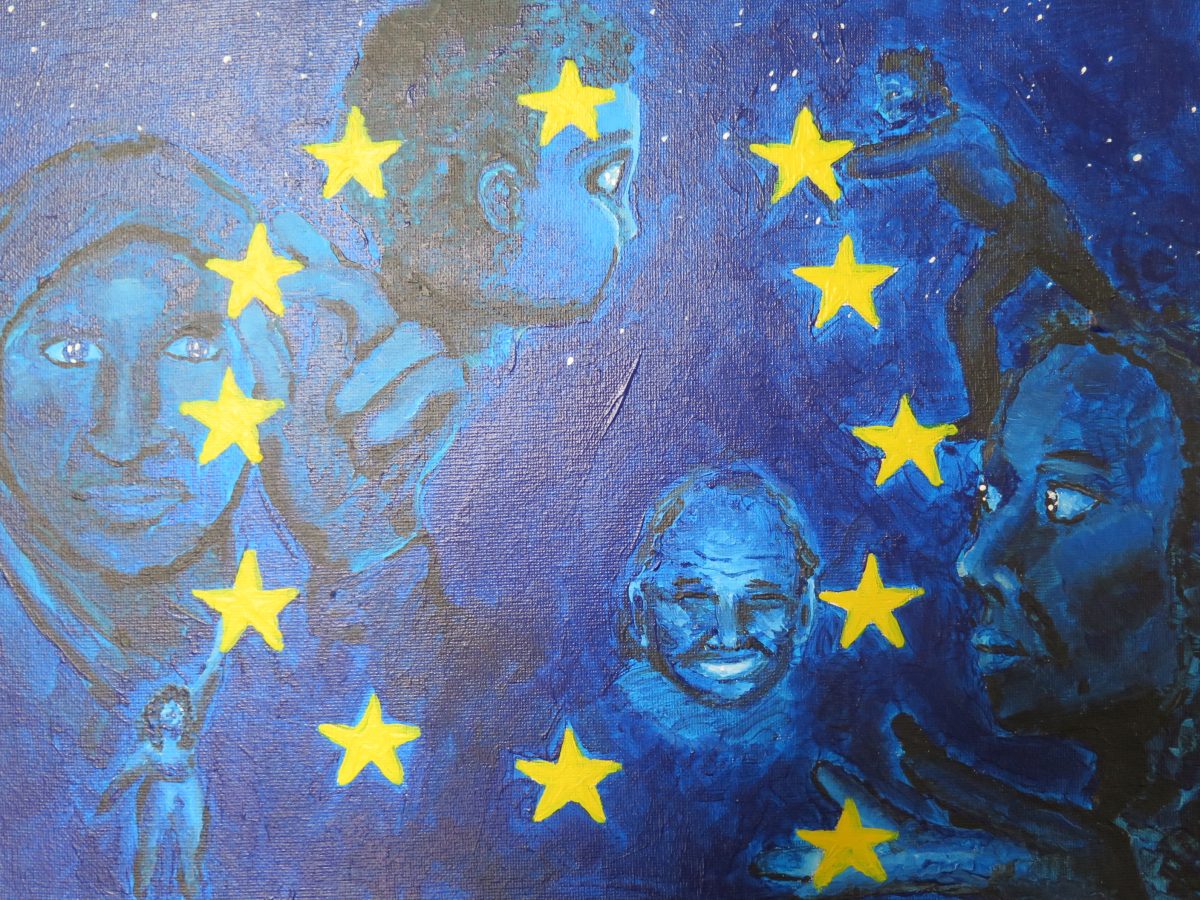 “The good future of Europe,” by Elma Hoffman

This is the last in a series of articles on the European Union by students in the School Year Abroad (SYA) program who are spending a year studying overseas and living with host families. SYA students in France, Italy and Spain recently completed a project focusing on the history and future of the EU. On April 3, SYA students in France and Spain will discuss the prospects for the world’s largest trading bloc in a News-Decoder online seminar.

I’m not advocating polygamy, but there is something beautiful about 6, 14, 28 different entities coming together, forming a single entity, a parapluie — umbrella — to protect against the world’s raging storms.

Since its inception, the European Union has symbolized a continent’s ability to surmount the discord of history and bloodshed, to emerge into a more harmonious light.

The EU was founded on the principle that despite fault lines running through the continent, Europe has a shared identity. This identity acts as a bedrock. Although the towers that stand upon it might shake and crumble and battle for sunlight, the foundation will survive.

One of our tasks for School Year Abroad’s collaborative project was to interview people about Turkey and its EU candidacy. We were to write down 10 questions and get 10 individuals to respond to the survey.

We sought to capture an array of opinions from different sources, making sure to include people from different backgrounds, cultures, experiences and occupations.

After spending hours drafting nine questions, we decided on a seemingly straight-forward tenth: “What do you identify as?”

Citizens are becoming more favorable towards the EU, not less.

With each interview, it became clearer and clearer that Europeans have a certain commonality of which they are very proud. What surprised us most was that every person we asked said that they identified, before anything else, as European.

In a world increasingly primed to recognize differences, the Europeans of Rennes showed us that their collective identity is à la base de la base — fundamental. The mass media is adept at capturing discontent and disillusion, but fails to recognize prevailing kinship and unity.

According to a 2015 survey by the European Commission, in 20 of 28 member states citizens are growing more favorable towards the EU and not less.

This result came as a shock to my partners and me. Listening to radio shows as I walk to school, watching the nightly news with my host family, I had been led to believe that Europeans could care less about the EU.

Unrest, protests and drama grab television’s attention. The squeaky euro-skeptic gets the grease (Greece?). But the future of Europe’s ambitious marriage appears much less bleak.

If we box ourselves in, we force everyone else out.

Overall, I have learned three main things from our project. First, Europe is not an egg shell split into a million pieces, rather clay that’s been left out too long and needs some care to mend the cracks.

Second, a 28-way marriage requires hard work, but with effort (and billions of euros) it can become the standard for a unified continent.

Finally, the best way to get 10 responses from a Greek chef is to buy lots of Spanakopita.

One chef stood out in particular. There was no one in his store. The walls were adorned with crescent moons, the counters covered with simit. He had a calm, smooth voice, and spoke slowly, passionless throughout the interview.

But we lit a spark with our last question: “With which cultural group do you associate most closely — European, French, Kurdish, Syrian, Turkish, Armenian?”

With that, the man blurted out that he felt European but, his voice quickening, criticized the question as chauvinistic. All humans are humans, he said, adding that if we are asked to box ourselves in, we are forced to box everyone else out.

We heard echoes of this man’s attachment to a European identity elsewhere in Rennes’ cobblestone streets — an allegiance that stands in stark contrast to the media’s emphasis on disarray.

Isaac Robinson is from Milton, Massachusetts and is spending his penultimate year of high school studying with the School Year Abroad program in Rennes, France. Robinson never envisioned himself abroad, but believes that given accelerating globalization and the state of international affairs, being a global citizen is becoming increasingly important. He has plans one day to find work abroad.