He has signed a peace deal and delivered sweeping changes to Africa and the Gulf. Ethiopian leader Abiy Ahmed has now won the Nobel Peace Prize. 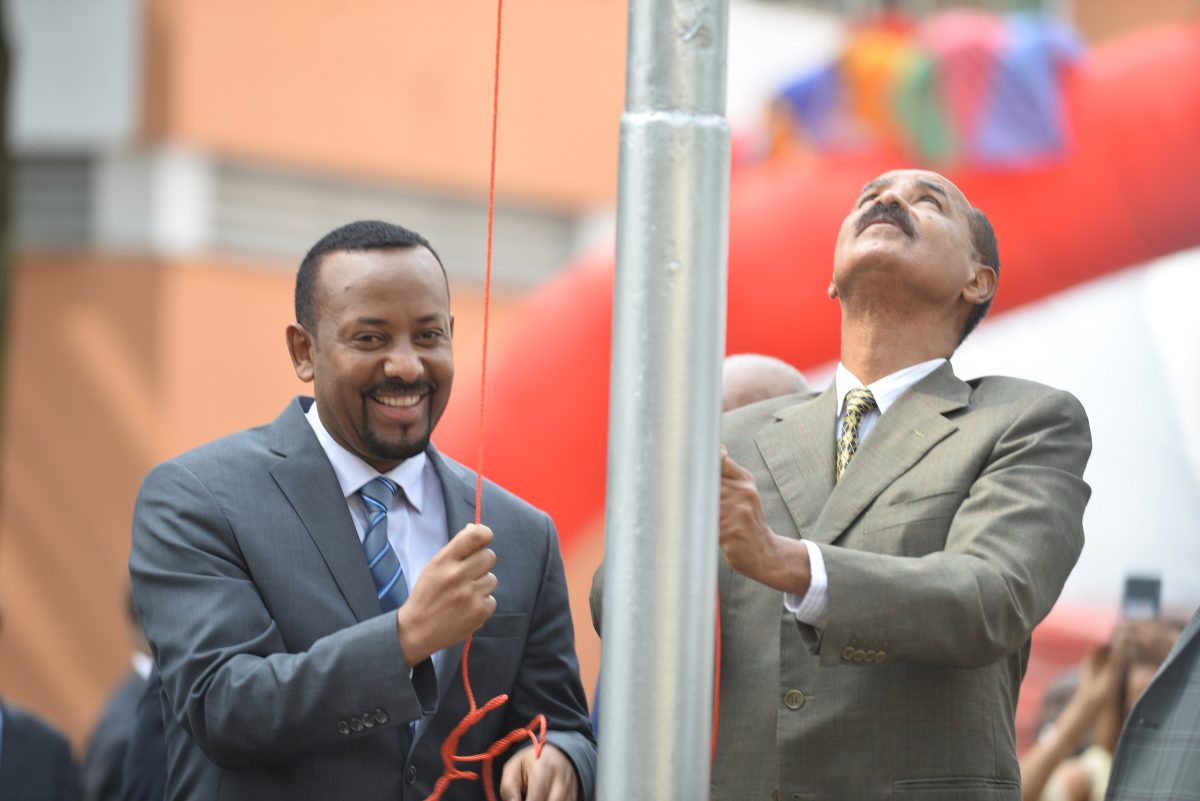 Ethiopian Prime Minister Abiy Ahmed, who made peace last year with Eritrea and has spurred change in Africa, has won the 2019 Nobel Peace Prize. Below is an article that News-Decoder correspondent Barry Moody wrote last year for the African News Agency and which highlights many of the sweeping changes that Abiy has delivered since taking power.

LONDON, November 16, 2018 (ANA/N-D) – Ethiopia’s new prime minister, Abiy Ahmed, has unleashed a wave of breath-taking change since taking power in April, not just in the continent’s second most populous nation but across a swathe of east Africa and the Gulf.

The transformation is so rapid and startling that it has been compared to Mikhail Gorbachev’s perestroika reforms in the Soviet Union in the 1980s, a comparison that does not seem exaggerated given the stasis it has replaced.

A dynamic, polyglot former army officer aged 42, Abiy is the first premier from Ethiopia’s biggest ethnic group, the Oromo, breaking a three-decade stranglehold on power by the Tigrayans, who make up only 6% of the population.

In a few months, he has freed thousands of prisoners, pardoned dissidents, unbanned three major rebel groups, lifted a state of emergency, sworn in a 50 percent female cabinet and fired formerly untouchable civil servants behind a stifling bureaucracy.

The new state president and head of the supreme court are women for the first time.

Abiy, a member of the entrenched ruling EPRDF coalition, has promised multi-party democracy and says he will open parts of the economy to foreign investment, a mouth-watering prospect given the 105 million population and record growth rates averaging 10 percent over the last decade.

He has attacked the former establishment head on. This week, a brigadier-general who headed a powerful military-industrial company was arrested, while dozens of other security officials have also been detained. Abiy has denounced brutality and torture under the previous regime as state terrorism.

He has also made huge moves in foreign policy, including signing a peace treaty with Ethiopia’s hermit-like neighbour Eritrea – sometimes called Africa’s North Korea – after constant hostility since they fought a bloody border war in 1998-2000.

The peace deal was followed by scenes of uncontainable joy as flights resumed between Addis Ababa and Asmara, allowing relatives to reunite after decades apart without even telephone links between the two countries. The impact has been likened to the fall of the Berlin wall.

The deal had repercussions across the region, including rapprochement between Eritrea and Djibouti after 10 years of hostility. This week, the United Nations lifted sanctions on Asmara.

Eritrea remains deeply undemocratic, with repression including indefinite military conscription and brutal human rights abuses, pushing tens of thousands to seek refuge abroad. But there is hope that improved relations with its neighbours may undermine the pretext for repression.

Abiy’s impact across the region

Abiy’s rise has had an impact for many countries, including the United States, Saudi Arabia, United Arab Emirates, Yemen, Qatar, Turkey, Djibouti and Egypt.

UAE has become a significant player in the Horn as powers along the eastern side of the Red Sea resume a centuries-old interest in the opposite littoral. The UAE’s military base in Eritrea has been used as part of the Saudi-led offensive in Yemen against Houthi rebels.

Both Washington and the UAE actively encouraged rapprochement between Ethiopia and Eritrea, partly to make the latter an alternative location for military bases to tiny Djibouti, which is overcrowded with foreign militaries.

China’s first permanent overseas naval base is only 12 kilometres from the headquarters of the U.S. Africa command in Djibouti, causing concern in Washington. France, Italy and Japan also have bases there, and Saudi Arabia is building one.

The United States has switched its focus from the so-called War on Terror – in which Ethiopia and its powerful army have been a major regional ally and sometimes proxy for decades – to great power rivalry, with China in expanding rapidly in Africa.

The Horn has also become a theatre for the burgeoning strategic rivalry between Saudi Arabia and its Gulf allies on the one hand, and the Qatar-Turkey axis on the other.

Despite the charismatic Abiy’s popularity at home, especially with the young people who make up 70% of the population, he faces significant problems in bringing change to his huge and multi-ethnic nation.

There are clearly elements in the traditional Tigrayan elite who are unhappy with the loss of power to Abiy’s allies and the rapprochement with Eritrea, which borders their home region.

The attorney-general says senior security officers were behind a grenade attack on Abiy at a rally in Addis Ababa in June. He had just left the stage, but two people were killed. Five people were arrested for the attack in September.

The EPRDF has dominated all aspects of Ethiopian life since overthrowing the bloody Derg military regime in 1991. Fearing for its survival, it appointed Abiy when years of repression failed to curb dissent.

Human Rights Watch says a thousand protesters were killed and tens of thousands imprisoned in the crackdown.

Ironically, the unrest has now been replaced by ethnic violence, which critics blame on Abiy’s relaxation of controls.

A million people have been forced to flee their homes since he took office in what the government itself calls anarchy. In September, 28 people died in violence around Addis Ababa. The government says regional officials opposed to Abiy have fomented the violence, which has slowed his reforms.

Abiy has powerful allies, including the United States and its influential Ethiopian diaspora, who will continue to back his democratisation, but the push-back from entrenched internal opponents cannot be underestimated.

Perhaps crucial will be elections in 2020. If they are free and fair, his transition may be cemented, with big repercussions for autocratic rulers in nearby Rwanda, Burundi and Uganda.

Barry Moody was Africa Editor for Reuters for 10 years and Middle East editor for seven, during which time he led coverage of the 2003 Iraq war. He worked on every continent as one of the agency’s most experienced foreign correspondents and editors. His postings included Italy, Asia, Tanzania, Kenya, South Africa, Australasia and the United States. He ran editorial operations in Italy, Spain, Greece and Portugal at the height of the EU debt crisis.