Italy’s election will likely produce yet another a weak coalition government, unable to tackle obstacles to growth in the eurozone’s 3rd biggest economy. 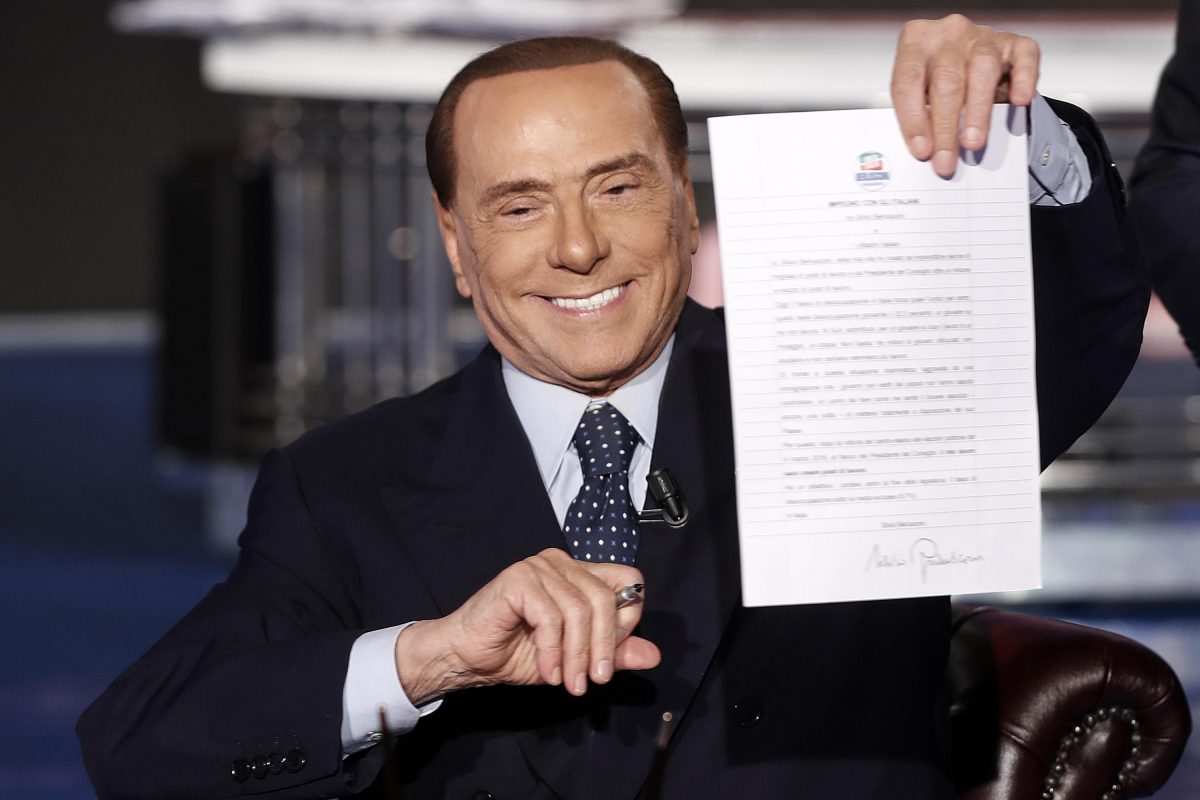 Italy’s election next Sunday is remarkable for many things, including the extraordinary resurrection of octogenarian showman Silvio Berlusconi, the hubristic decline of once dominant center-left leader Matteo Renzi and the tall tales told by almost all the politicians about what they will do after the vote.

But in a highly unpredictable poll, the only certainty is that the election will fail to give the 60 million population of the eurozone’s third largest economy what they need most.

Italy’s economy has been the slowest growing in the eurozone for a decade, unemployment is above 10 percent — more than three times higher for young people — and Italy has the second largest debt to GDP ratio in the region after Greece.

What the country needs are decisive reforms to sweep away the things that throttle the economy — corruption, Byzantine bureaucracy, a pedestrian legal system and, above all, durable and effective government.

None of these are likely after the vote, a three-way contest between right, left and the populist Five Star Movement (MD5) notable for wild political promises to woo angry voters which economists say would bankrupt Italy.

Financial markets and Brussels fear a founding member of the European Union will end up with a fatally ineffectual government.

Opinion polls predict a hung parliament, meaning that for the fifth time running, politicians will have to cobble together an administration instead of its being chosen by the people. Despite vowing not to ally with others, the parties will go straight into horse trading after the vote to do just that.

Out of this chaos has stepped, astonishingly, Silvio Berlusconi, a man best known abroad for his gaffes, legal problems and notorious “bunga bunga” sex parties. The four-times prime minister was counted out after being forced from office in 2011 as Italy faced bankruptcy and later banned from public office because of a tax fraud conviction.

But at the age of 81, after surviving open heart surgery, “the Knight,” as he is known, has been completely rejuvenated, helped by a mistress 50 years younger, a permanent tan and cosmetic assistance including face lifts and a hair weave that wags say makes his head look like an airport landing strip.

If Berlusconi is mocked abroad, his mastery of Italy’s tortuous politics has led at least one analyst to label him a genius. He is now seen in Brussels and elsewhere as a mellowed, moderating influence on his wilder allies on the right.

An untried electoral law favors fragmentation and coalitions. As charismatic leader of the center-right, Berlusconi has pulled together a bloc that is way ahead of the others, even if he fights constantly over its leadership with Matteo Salvini, abrasive anti-EU leader of the hard-right, anti-immigrant League party.

The alliance is predicted to fall just short of a majority. But whatever happens, Berlusconi will play a leading role in forging the administration that emerges.

Another government built in the back corridors of parliament

If Berlusconi’s story is one of improbable resurrection, former Prime Minister Matteo Renzi’s is a saga of precipitous decline, accelerated by his hubris and autocratic ways.

When the telegenic former Florence mayor rocketed to power in 2014 at the age of 39, he held out hope of radical reforms to make Italy more governable and revitalize the economy.

But after impressive early successes, he alienated voters, allies and powerful vested interests with his arrogance and suffered a huge defeat in a constitutional referendum in 2016 on which he had pinned his personal fate.

He was forced to resign as prime minister while retaining leadership of the Democratic Party, but a string of further errors has left him fighting for survival in the election.

The single party expected to do best, M5S, has exploited the disgust of many voters, and its 31-year-old new leader, Luigi di Maio, has toned down the rabble-rousing and rabid Euroscepticism of its firebrand founder, Beppe Grillo. But it has rejected coalition alliances, and it has nowhere near the support to govern alone.

So, Italy is likely to get a government again constructed in the back corridors of parliament, with Berlusconi as kingmaker.

A coalition pulling together unnatural allies from right and left is likely to be far too weak to push through meaningful reforms. But nobody will want another vote immediately, so it is likely to limp along for a while, prolonging Italy’s suffering.

Barry Moody worked for 12 years in Italy in various assignments during a long career as one of Reuters most experienced foreign correspondents and editors. Most recently he ran editorial operations in Italy, Spain, Greece and Portugal at the height of the eurozone debt crisis. He was also Africa Editor for 10 years and Middle East editor for seven, during which he led coverage of the 2003 Iraq war. His other postings included Asia, Australasia and the United States.