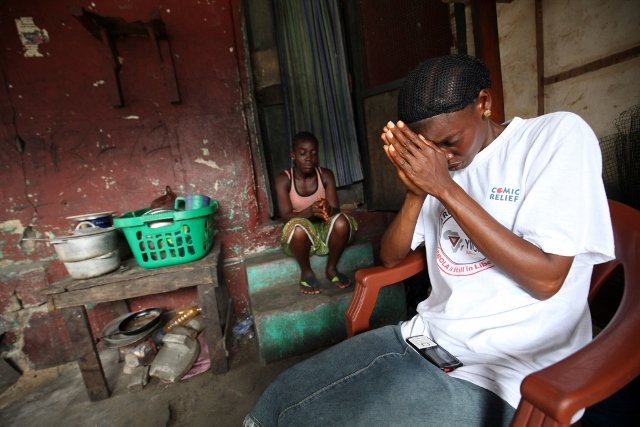 The recent Ebola epidemic in West Africa spread fear around the world, partly because of the horrifying deaths of more than 11,000 sufferers. No one taking an international flight could have failed to notice the concern of authorities to halt the spread of the highly contagious lethal disease.

Now that the three countries most affected have been officially declared Ebola-free, the world’s attention has moved on, and they are left mostly alone to deal with the long-term consequences.

In the article below, Taiylor Nunn, a student at Greens Farms Academy in the United States, revisits the situation and argues that Ebola illustrates the failure of public health policies that treat epidemics as self-contained events. The opinions in the article are hers, but News-Decoder invites others to comment.

Historically, outbreaks of Ebola have resulted in no more than 300 cases. The most recent outbreak, concentrated in three West African countries, resulted in nearly 100 times as many infections by November of last year.

Liberia was declared Ebola-free three times, but twice the virus was found to have been reintroduced into the country.

Sierra Leone, too, was declared free of the disease after new infections ended. But then a woman was diagnosed with Ebola after death, and 100 people were quarantined.

Guinea and Sierra Leone were finally declared Ebola-free in December, and Liberia in January of this year.

What drove the longevity of this outbreak when previous ones were so short-lived?

The international community, especially the World Health Organization (WHO) and Doctors without Borders (MSF), received considerable criticism for the timing of their responses.

The WHO and West African governments had different priorities.

Although the outbreak began in December 2013, the WHO did not respond until August 2014.

Conversely, MSF was overeager in its response and quickly exhausted its resources. It set up clinics to supplement the limited capacity of West African hospitals, but this is a costly endeavor. And the number of clinics needed was too large for MSF to handle on its own.

Although this kept Ebola contained, except for a handful of exceptions, it also meant that West African governments relied primarily on national resources and non-governmental organizations such as MSF.

In the immediate wake of WHO’s intervention, Ebola’s mortality rate plummeted. Other countries, such as the United States, Australia and Cuba, contributed healthcare workers and other forms of aid. After a couple months, however, the mortality rate returned to previous levels.

The WHO’s intervention generated great progress because it raised awareness, but without proper coordination, gains in mortality rates were unsustainable.

Quarantine led to a surge in domestic violence.

The international community was not the only one to make mistakes. The governments and people of West Africa also played a hand in this outbreak’s longevity.

While the governments focused on treating their peoples, the response was shortsighted. Instead of trying to increase the number of local healthcare workers, they remained reliant on foreign workers during the outbreak. Furthermore, all increases in hospital bed availability were achieved through temporary care centers, not permanent ones.

A total of 28,603 people are known to have contracted Ebola in West Africa, and 11,301 of them were reported to have died of the illness.

According to physician density statistics, there is one doctor for every 100,000 people in Liberia, compared to about 2.5 doctors for every 1,000 people in the United States. If Ebola flares up again, these countries will not be much better equipped to handle it than they were in 2013.

What is more, West African citizens’ culture and panic contributed to delays. The “horror movie-like” symptoms of Ebola, such as bleeding from the eyes, caused many citizens to attribute Ebola to demons instead of illness.

Epidemics are not self-contained events.

As a result, many infected citizens hid away, undiagnosed, to avoid social isolation. Even more shocking, the rate of rape, sexual assault and violence against women skyrocketed as men who typically socialized outside of their homes were forced indoors by quarantines.

Researchers estimate that teenage pregnancy rates in Sierra Leone increased by 68% as a result. In countries such as Sierra Leone and Liberia, where pregnant teens are denied education, such a statistic could have potentially devastating economic effects.

Unfortunately, with Ebola now eradicated, this issue will likely remain unaddressed by the international community or NGOs.

In my opinion, there is a fundamental problem with current public health policies: They tend to treat epidemics as self-contained events that end when the outbreak does.

None of the responses to the Ebola outbreak in West Africa targeted its potential long-term effects. Now, as external aid winds down, West African countries will be left to cope with the less obvious consequences.

To avoid future errors, policymakers need to treat epidemics as events with both long and short-term consequences.

Taiylor Nunn is a U.S. high school student from Westport, Connecticut. Her interests in medicine and international relations inspired her to begin researching the Ebola epidemic and how West African and international communities have responded to the outbreak. She is also a fencing enthusiast.