Democracy under fire. You can make a difference.

Democracy is in retreat around the world. How bad is the “democratic recession?” And what can you do to get democracy back on track? 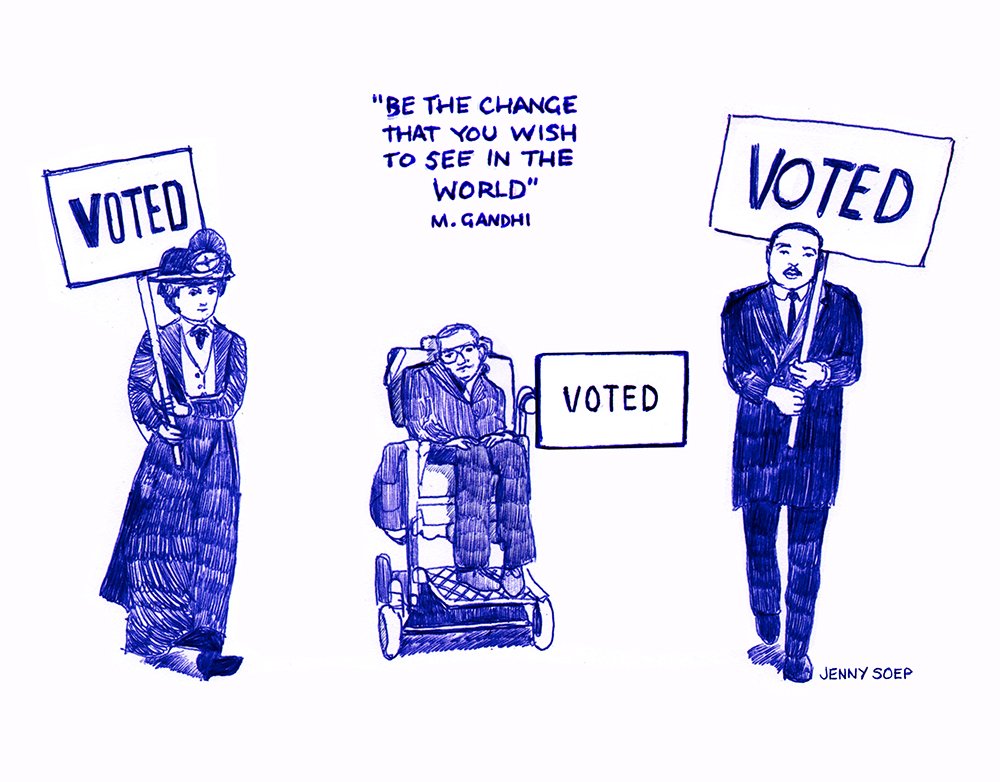 These are dark days for democracy around the world.

There’s not much disagreement about that. But before we bemoan democracy’s woes or take its virtues for granted, just what is democracy? And if we do want to help democracy through this rough patch, what can we do?

Fundamentally, democracy is rule by people. In a typical democracy, citizens exercise power by voting. But beyond that, democracy gets very messy.

There are many types of voting systems, and citizens can wield power directly or indirectly, for example through legislative bodies. Nations with vastly different governing systems call themselves democratic. Only five nation states — Brunei, Fiji, Oman, Saudi Arabia and United Arab Emirates — plus the Vatican admit to being undemocratic. There are many pretenders.

Liberal, or Western, democracy is familiar to many of our readers. It generally features elections involving political parties, the separation of powers into different branches of government, the rule of law and the protection of human rights, civil liberties and political freedom.

But there are other varieties that do not tick all of those boxes. Anarchists generally will only accept direct democracy — citizens form a governing body and vote directly on each issue — but they are split on whether the majority should be able to impose its will on the minority. Some democrats would prefer to choose decision-makers randomly. Others insist on democracy at a global scale.

The United States is now considered a “flawed democracy.”

So why are people saying that democracy is in difficulty?

The Economic Intelligence Unit (EIU) produces an annual report that includes what is widely considered to be the global benchmark index on the state of democracy. Its latest report, based on data from last year, recorded the worst decline in global democracy in years.

“Not a single region recorded an improvement in its average score since 2016, as countries grapple with increasingly divided electorates,” the EIU said, adding that freedom of expression is facing new challenges from both state and non-state actors.

So what does the EIU measure to come up with its index? The electoral process and pluralism; civil liberties; the functioning of government; political participation; and political culture. So the index measures much more than mere voting.

While some countries, especially in Scandinavia and northern Europe, rank high in the EIU’s index and others languish, not a single region recorded an improved score last year.

What Stanford professor Larry Diamond has called a “democratic recession” is marked, according to the EIU, by declining participation in elections and politics, declining trust in institutions, the dwindling appeal of mainstream representative parties, a widening gap between political elites and electorates, a decline in media freedoms and the erosion of civil liberties, including curbs on free speech.

Sound familiar to you? Then check out where your country stands in this ranking.

You’ll note, for example, that the United States has slipped in the rankings and now is considered a “flawed democracy.” Gambia improved its score substantially; Indonesia plummeted.

“Democracy is facing its most significant challenge of recent years.”

How prevalent is democracy? According to the EIU, about half the world’s population lives in some kind of democracy. But only 4.5 percent live in a “full democracy,” down from 8.9 percent in 2015, while one third of the world lives under authoritarian rule.

So how bad is the crisis in democracy? A large study published earlier this year that tried to eschew political bias concluded that “democracy is facing its most significant challenge of recent years.” While Americans remain committed to the ideals of democracy, most see democracy in the United States as weak and getting weaker.

Nonwhite Americans, in fact, are less convinced than whites of the importance of living in a democracy, and Americans are generally frustrated with racism and discrimination, and with the influence of money in politics.

A 38-nation study by the Pew Research Center that took a global look at democracy came to a similar conclusion: more than half said representative democracy is a very or somewhat good way to run their country. But the survey also found openness, to varying degrees, to some non-democratic forms of government.

So the political terrain is ripe for the rise of groupings that claim to represent “the people” and which are led by strongmen who vow to protect the downtrodden from elites and foreigners — “outsiders” with roots in different cultures or religions.

It’s enough to make you want to throw up your hands in frustration and give up. But, ironically, that would hasten the decline in participation and strengthen democracy’s opponents.

You can make a difference.

So what can you do? A group of comic artists based in the United Kingdom has come up with a list of actions you can take to exercise your democratic rights. It’s a bit like exercising — using those democratic muscles to keep them limber and toned!

If you live in a country where you cannot exercise these rights, where democracy does not have deep roots, you can still make a difference. History is replete with champions of democracy who fought against the odds, step by step, inch by inch.

No time for despair. Claim the future.