Policewomen wave China’s flag as Beijing is announced host of the 2022 Winter Olympics, 31 July 2015. (AP Photo/Ng Han Guan)
This article is part of a News-Decoder series of “decoders” that explain crucial background to big issues. For more decoders, click here.

As the most populous country in the world with one of the fastest growing economies, China is projected by many to be the next global superpower.

But unlike the United States, which has been the world’s largest economy since World War Two, China is still a developing country.

The coming decades will see if China surpasses America and how it fares on the world stage — a stage that has long been dominated by Western powers, with vast historical and cultural differences.

From the 21st century BC until 1911, China was ruled by a series of dynasties. For much of this period it was the leading trading nation in the world, with advanced steel, textile and manufacturing industries. It dominated Asia and had a highly developed economy and sophisticated culture.

China’s power was squashed by Western imperialism. From the mid-nineteenth century, Western nations — particularly Britain — increased their presence in China through a series of treaties and land demands.

Japan occupied China in 1937, weakening the governing Chinese Nationalist Party (KMT). After a civil war, the KMT was defeated in 1949 by the Communist Party of China (CPC), which has since remained in power.

For 27 years, Mao Zedong led the CPC. He was revered as a god-like figure despite costly policies.

Since the introduction of a market economy following Mao’s death in 1976, China’s power has expanded rapidly. After almost two centuries of eclipse, China is beginning to emerge again.

Despite its communist government, China has shifted away from tight state planning and introduced controlled capitalism that has fostered rapid growth.

China is now the world’s second largest economy behind the United States. It has the largest manufacturing economy in the world and the fastest growing consumer market, and is the largest exporter of goods and the second-largest importer.

China invests heavily in the energy sector and has tapped the natural resources of developing countries. Since 1978, China’s gross domestic product has grown by an average of 10 percent per year. 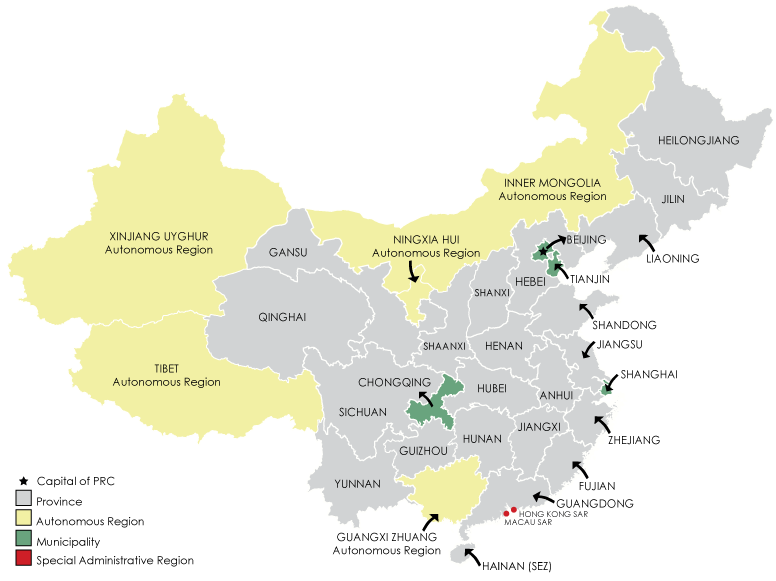 China is a member of the United Nations Security Council and conducted its first successful nuclear test in 1964. China has used its veto power in the Security Council to block humanitarian intervention and protect countries of strategic interest.

There has been concern in the West and among some of China’s neighbors over the growth of its military: China has the largest army in the world, and is the second-biggest military spender after the United States.

China currently has difficult relations with several of its neighbors, including Japan, the Philippines and Taiwan, all of which are U.S. allies.

China says it is acting responsibly and legally in investing overseas, controlling internal expression, growing its economy and building its military.

Its rise — or re-emergence — has stirred concerns in much of the West and among some of its neighbors, who wonder if it will pose an eventual threat to the established world order.