The people of Puerto Rico are U.S. citizens but have no vote in Congress. The island is a U.S. territory, but many Americans know nothing about it. 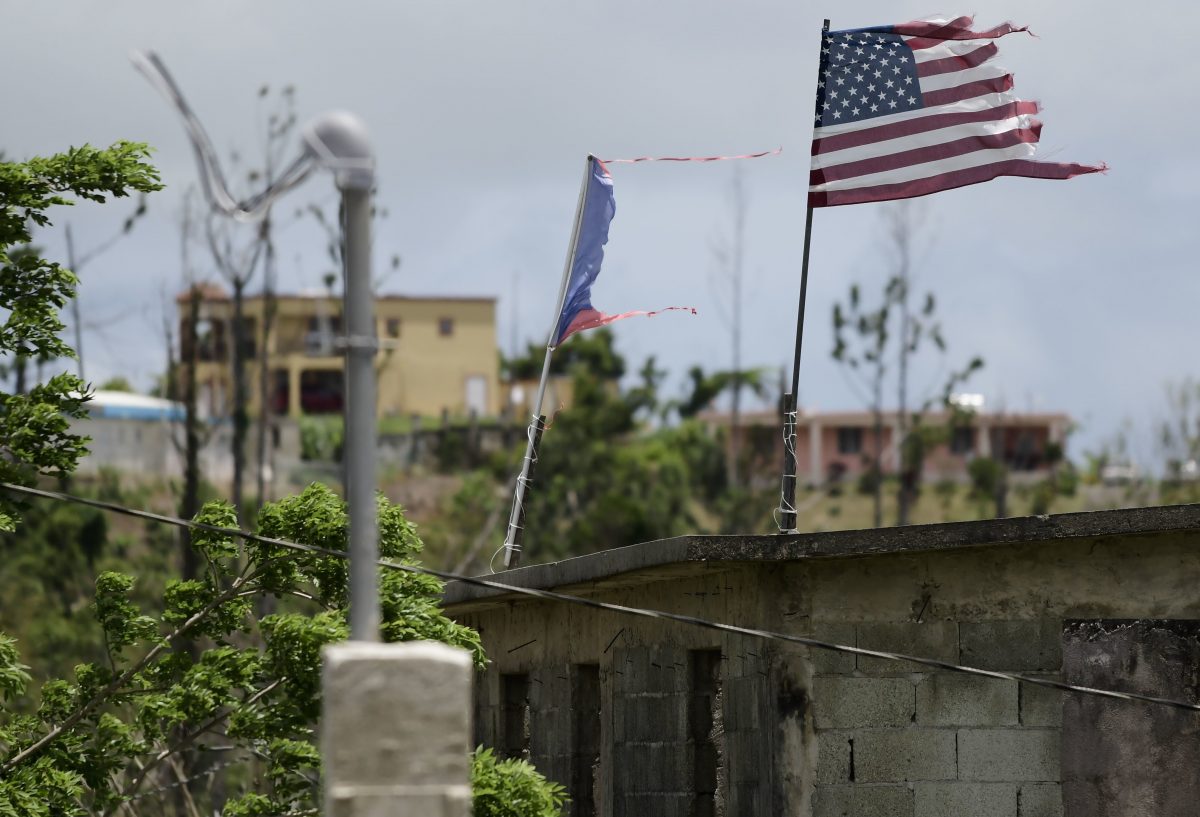 The people of Puerto Rico, a Caribbean island east of the Dominican Republic, won U.S. citizenship more than 102 years ago. But almost half of their fellow citizens on the American mainland are not aware of that fact.

This is evident from polls over the past few years that highlight widespread confusion and ignorance about the island.

In the eyes of a large portion of the American population, Puerto Rico is a foreign country. Its 3.4 million inhabitants are Latinos. Its principal language is Spanish, a legacy of 400 years of Spanish colonial rule that lasted until the end of the Spanish-American war in 1898. Puerto Rico then became an “unincorporated territory of the United States,” a euphemism for a quasi-colony.

U.S. President Donald Trump appears to share the perception of millions of Americans of Puerto Rico as a remote and foreign place.

A series of tweets that Trump issued during and after Hurricane Maria, which devastated the island in 2017, suggested that he saw Puerto Rico as something “other” than hurricane-damaged parts of the U.S. mainland.

Under criticism for what many Puerto Ricans saw as a slow and half-hearted response to recovery efforts, Trump said: “This is an island. Surrounded by water. Big water. Ocean water.” Therefore, he explained, U.S. trucks could not get there.


Helicopters could. But it took more than three weeks for America’s Northern Command to send helicopters to Puerto Rico. In comparison: When Hurricane Harvey struck Houston a month before Maria, the U.S. government sent 73 helicopters to the stricken city within days. Maria made landfall on Puerto Rico on September 20, 2017, knocking out power to the entire island. The final death toll was estimated at almost 3,000.

Two years later, almost 30,000 people still don’t have permanent roofs and live under makeshift blue tarpaulins. Many roads are still washed out. More than 130,000 people have left for the mainland. That they can do so freely is part of the island’s complex status. A person born in Puerto Rico is a U.S. citizen but they cannot vote for a president while they live in Puerto Rico. They can if they move to the mainland. Puerto Rico has no voting representative in Congress, only a non-voting “resident commissioner” in the House of Representatives. Oddly, Puerto Rico has had its own Olympics team since 1948, when the International Olympics Committee, ignoring the U.S. government’s definition of the island’s status, deemed it an independent state recognized by the international community. Playing under the Puerto Rican flag, tennis star Monica Puig won the island’s first gold medal at the 2016 Rio Olympics. Puerto Rico’s internal affairs are run by a local government headed by a governor. Under a 1952 constitution, there is a legislature with a House and a Senate, and a judiciary with a Supreme Court. Successive governments have had mixed records. Trump made clear his views as another hurricane, Dorian, roared towards Puerto Rico this August. “Puerto Rico is one of the most corrupt places on earth,” he tweeted. “Their political system is broken and their politicians are either Incompetent or Corrupt.”

Puerto Rico is one of the most corrupt places on earth. Their political system is broken and their politicians are either Incompetent or Corrupt. Congress approved Billions of Dollars last time, more than anyplace else has ever gotten, and it is sent to Crooked Pols. No good!…. — Donald J. Trump (@realDonaldTrump) August 28, 2019

A month before, hundreds of thousands of Puerto Ricans showed they shared that bleak assessment. Day after day, protesters took to the streets to demand the resignation of governor Ricardo Rosselló. He stepped down in early August.

Popular anger against his government was fuelled by a mixture of complaints about mismanagement, austerity measures imposed by a financial oversight board set up by Congress in Washington to deal with a vast mountain of debt, and, last but not least, the leak of chat room exchanges between Rosselló and senior aides.

In crude and profane terms, they mocked the “cadavers” left by Maria, called prominent women whores, made fun of obesity and insulted gay Puerto Ricans, including Ricky Martin, a superstar pop singer with an enormous global following. He became one of the protest leaders.

Puerto Rico has been in recession for the past 12 years, but Trump and other critics of the island routinely fail to mention that the main cause of the island’s economic decline was a decision by Congress in Washington rather than local actions.

Here is how the 2018 edition of the Central Intelligence Agency’s World Factbook put it:

“Puerto Rico had one of the most dynamic economies in the Caribbean region until 2006; however, growth has been negative for each of the last 11 years. The downturn coincided with the phaseout of tax preferences that had led U.S. firms to invest heavily … since the 1950s.”

One of the tax breaks had waived corporate income taxes for profits made by U.S. manufacturing companies operating in Puerto Rico. That encouraged American corporations, led by the pharmaceutical industry, to move to the island. After congressional critics complained that the tax breaks amounted to corporate welfare, the incentives were phased out.

The debt now stands at $124 billion and has been termed the biggest government financial collapse in U.S. history. How that problem will be solved has yet to be decided.