Decoder: Why do diplomats matter?

Nations defend themselves with armed forces. But the military alone cannot solve today’s crises. Diplomats and “soft power” are needed. 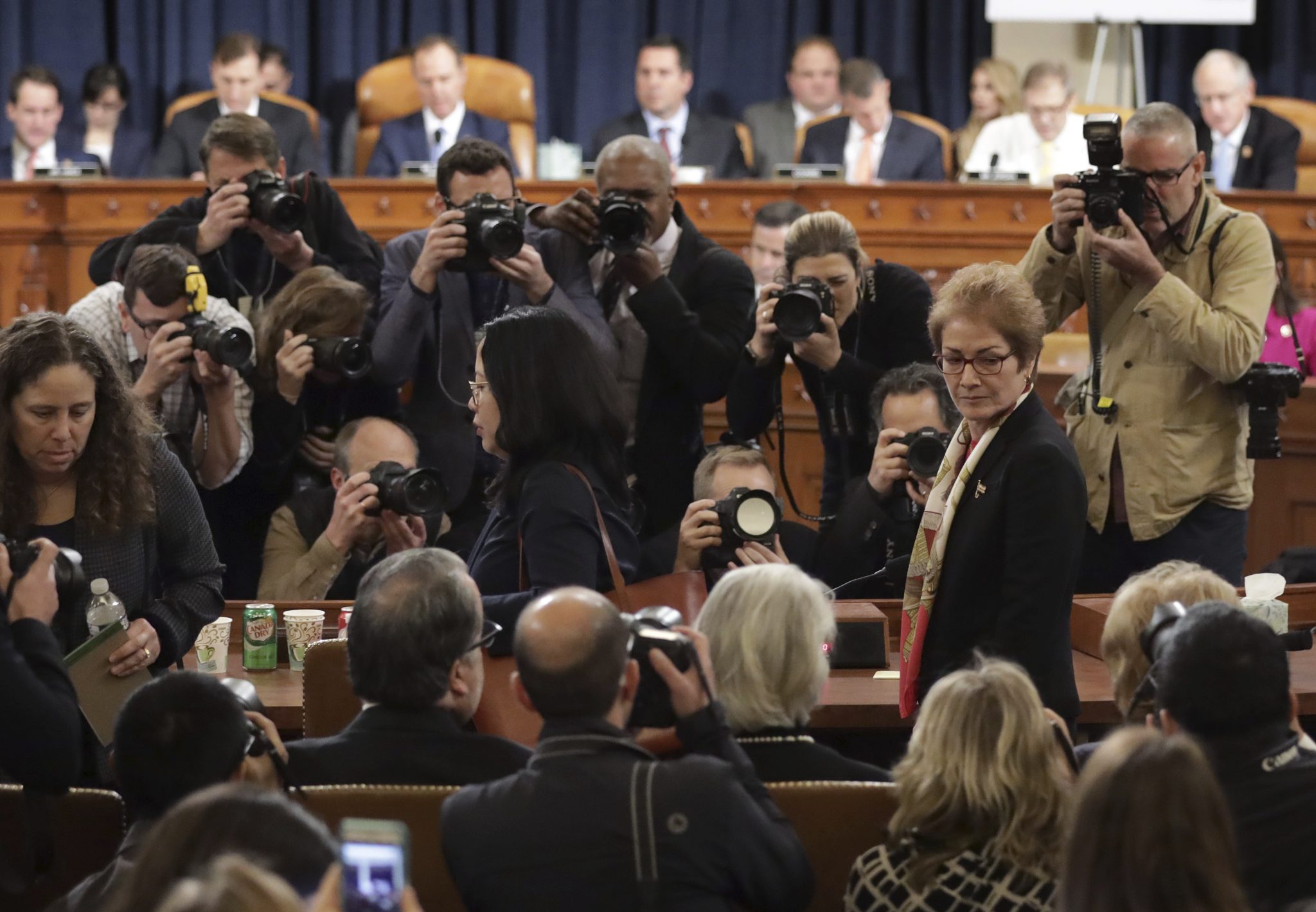 “There is a perception that diplomats lead a comfortable life throwing dinner parties in fancy homes. Let me tell you about some of my reality. It has not always been easy. I have moved 13 times and served in seven different countries, five of them hardship posts. My first tour was Mogadishu, Somalia.”

So said Marie Yovanovitch, a veteran U.S. diplomat who was the first witness in a congressional inquiry held to find out whether President Donald Trump abused his power as president by extorting a foreign president into investigating a Trump rival, former Vice President Joe Biden, in the race for the 2020 U.S. elections.

The congressional hearings, only the third in the nation’s 243-year history to target a president for impeachment, have dominated the U.S. political debate for weeks and will continue making headlines for months both in the United States and elsewhere.

It is a case that highlights, among other issues, widespread perceptions that diplomats have cushy jobs and play a lesser role in implementing foreign policy than soldiers.

Yovanovitch, who was recalled from her post as ambassador to Ukraine for reasons that are at heart of the impeachment proceedings, went on to tell a hushed meeting chamber: “The State Department as a tool of foreign policy often doesn’t get the same attention and respect as the military might of the Pentagon does, but we are — as they say — ‘the pointy end of the spear.’”

“If we lose our edge, the U.S. will inevitably have to use other tools, even more often than it does today. And those other tools are blunter, more expensive and not universally effective.”

Exhibit A is Cuba.

Those tools include military force and economic sanctions, the latter being Trump’s favourite method to try to bend antagonistic governments to his will. The limits of military force are particularly obvious in Afghanistan and Iraq, where American troops have been waging war for 18 and 15 years, respectively.

Exhibit A for the limits of economic sanctions is Cuba, which withstood an American embargo for more than 50 years. More recently, “maximum pressure” to cripple Iran’s economy has yet to persuade the government there to drop it nuclear ambitions, curb its quest for regional supremacy or curb support for groups hostile to the United States and Israel.

The impeachment hearings have brought into focus the interplay between diplomacy and military strength.

According to a parade of witnesses, all of whom except one were professional diplomats or career civil servants, Trump made the release of $391 million in military aid to Ukraine contingent on its president, Volodymyr Zelenski, launching an investigation into Biden and his son Hunter, who worked for a Ukrainian energy company while his father was the point person for Ukraine in the administration of ex-President Barack Obama.

For the past five years, Ukraine has been fighting Russian-backed separatists in a low-intensity war in the east of the country. It needs the American aid, including anti-tank missiles, to keep control of its territory.

According to administration witnesses in the impeachment hearings, Trump had ordered a freeze on the aid — which had been allocated by Congress — as a lever, thus using public funds for personal advantage.

The main conduit for the request for an investigation was President Trump’s personal attorney, Rudy Giuliani, who is a private citizen, rather than the U.S. ambassador to Ukraine, the State Department or the National Security Council.

Giuliani saw Yovanovitch as an obstacle for the aid-for-investigations deal, and he spread false rumours about her being a Trump critic. The end result: she received a middle-of-the-night call telling her to leave her post and take the next flight to Washington.

Ivanovitch’s testimony at the impeachment hearing echoed complaints, voiced mostly in private, from foreign service diplomats almost as soon as Trump assumed office. Now, she said, there is “a crisis in the State Department as the policy process is visibly unraveling, leadership vacancies go unfilled and senior and mid-level officers ponder an uncertain future and head for the doors.”

By word and by tweet, Trump has made clear his disdain for the institutions of state, from the State Department to the Central Intelligence Agency, the FBI and the Justice Department. This year, for the third year in a row, the administration is cutting the budget for the State Department while increasing the Pentagon’s.

The United States already spends as much on its military as the next eight countries combined. It tops the list of global arms sellers. U.S. armed forces outnumber the diplomatic service and its major foreign aid agency by a ratio of around 180:1, vastly higher than other Western democracies.

‘Today’s crises do not have military solutions alone.’

Curiously, the imbalance between the size of the U.S. armed forces and the civilian agencies that make up “soft power” — chiefly the foreign service and the United States Agency for International Development — have long been a matter of concern for military leaders.

Often used in academic discourse, the term “soft power” was coined in the 1980s by Harvard political scientist Joseph Nye. It embraces diplomacy and assistance to foreign countries as well as cultural and exchange programs meant to improve the image of the United States. Hard power, in contrast, includes guns, tanks, war planes and soldiers.

Last year, budget cuts for diplomacy and development so alarmed the military that 151 retired generals and admirals wrote to congressional leaders to plead for greater emphasis on civilian foreign policy and security agencies. “Today’s crises do not have military solutions alone,” the officers’ letter said.

It quoted an observation by General James Mattis, the Trump administration’s first Defense secretary: “America’s got two fundamental powers, the power of intimidation and the power of inspiration.”

Soon after taking office in January 2017, Trump promised “one of the greatest military buildups in military history” and put forward an “America First budget. It is not a soft power budget, it is a hard power budget.”

There were not then, nor are there now, provisions to boost the power of inspiration.