by Josephine Wong and Marina Eckersley | 11 May 2020 | Economy, Health and Wellness, University of Toronto Journalism Fellows

Governments have spent huge sums to support societies during the COVID-19 pandemic. Young people are worried they will end up paying the economic price. 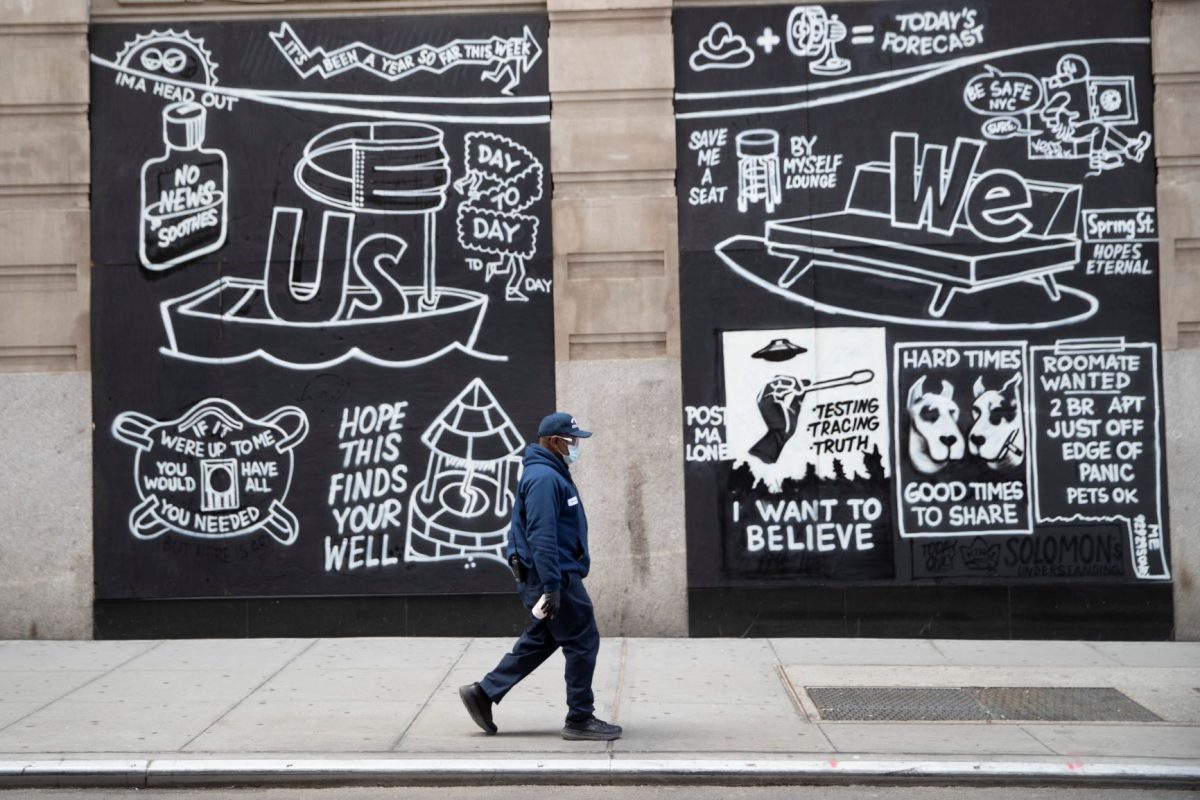 A man walks past a boarded-up store with coronavirus-inspired graffiti, New York, 7 May 2020. (AP Photo/Mary Altaffer)

Catherine Fergusson was supposed to perform in March as a lead soprano in an original theatre production in Toronto.

“It was going to be my first major break,” she said.

COVID-19 had other plans for her.

Fergusson, 26, graduated from the University of British Columbia in Canada five years ago. Since then, the top theatre student has been pursuing an acting career in Toronto while working as a bike courier for delivery apps such as Uber Eats and Door Dash.

Now, social-distancing strictures mean Fergusson’s theatre performance has been put on hold indefinitely. She has had to turn down work as a bike courier. She is living with her elderly grandparents to care for them and cannot risk bringing the coronavirus home.

“When this is all over, I’m going to go back to this world that I’m already struggling to exist in,” she said. “I already feel left behind in the world, and now I’m going to lose months of progress and financial security. I’m off the tracks, and I can’t get back on if we stop working.”

Fergusson is just one of many young people concerned about how COVID-19 is going to affect their economic future.

“In one word, I feel that my future is uncertain,” said Fergusson.

Economists agree there is reason to be concerned.

“There’s a lot of reasons to think that the economy will turn into a regular recession even if it didn’t start out that way,” said Jesse Rothstein, director of the Institute for Research on Labor and Employment at the University of California, Berkeley.

“There’s a lot of evidence of what would be labeled as the ‘scarring effect,'” Gunderson said. “Young people who graduate in a recession, not only do they have a tough time getting a job then — tougher than usual — but there’s a long-run effect that lasts for quite a while.”

To mitigate the impact of the scarring effect on young people’s career aspirations, Rothstein suggested: “Be flexible and look for opportunities. Don’t treat your first job as the last stop.”

To make matters worse, younger generations will bear the burden of the huge amounts that governments are spending — $7 trillion and rising — to support economic output during the COVID-19 pandemic.

Taxes will need to be raised to pay off the debt that governments are taking on to keep their economies afloat, according to Laurence Kotlikoff, professor of Economics at Boston University.

Older generations will benefit from the spending, then retire or die before the debts are repaid.

“Somebody has to pay this bill,” Kotlikoff said. “Young people are going to pay when they get into the workforce.”

Young people will eventually feel ripples from the fiscal stimulus.

“It will make economic conditions in the future worse,” Kotlikoff said. “There will be less around because there will have been more consumption and less savings.”

Who will repay the debt?

Andrew Mason, professor of Economics at the University of Hawaii, is less pessimistic about how the government spending during the COVID-19 pandemic may impact young people’s economic future.

“The cost of acquiring debt is actually low,” Mason said. “If we thought interest rates are going up a lot, then that’s a reasonable thing to worry about, but we don’t see that happening.”

However, Jimmie Lenz, clinical assistant professor of Finance at the University of South Carolina, is not as sanguine as Mason when it comes to rising debt, even at low interest rates.

Lenz said that if, as many expect, the number of young people declines in the countries that borrowed, the problem will be exacerbated because each young person will have to shoulder a greater proportion of the debt repayments.

In the meantime, Lenz suggested examining the economic behaviour of millennials for insight into how younger generations may adapt to the new economic reality ushered in by the COVID-19 pandemic.

Many of them have experienced fallout from the global recession of 2008 and now face another global economic crisis.

Millennials are concerned that, even if they have enough money today to meet home and car payments, they are not sure if they will be able to do so in five years, making them less likely to commit to such purchases, Lenz said.

“I got too scared about losing my job, about the market crashing,” said Jess Brownell, 33, who a few weeks ago was on the brink of buying a house but changed her mind due to financial uncertainty.

Brownell is a television writer in Los Angeles, currently on a contract and earning a salary, but her industry has been hard hit, and she doesn’t know if her contract will be extended next year.

She worries that physical distancing restrictions during the coronavirus pandemic will affect her job security. “You just can’t make television without having a really big group of people together on set,” she said.

Brownell offers a glimpse into the mindset of young people who are experiencing economic anxiety due to the COVID-19 pandemic.

“We have an economy that cannot be stimulated,” Kotlikoff said.

In the event, the sooner the COVID-19 pandemic is brought under control, the sooner economic growth can resume and the less damaging the economic impact, according to Kotlikoff and Rothstein.

“They’ve adjusted their outlook on what standard of living is,” Lenz said. 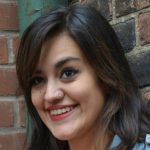 Marina Eckersley is a journalist and music administrator based in Toronto. She has written for CBC, Financial Post and Dallas Morning News. 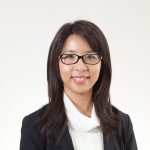