Britain’s vote to leave the EU has stirred separatist passions in Scotland and Northern Ireland — and plunged me and many others into an identity crisis. 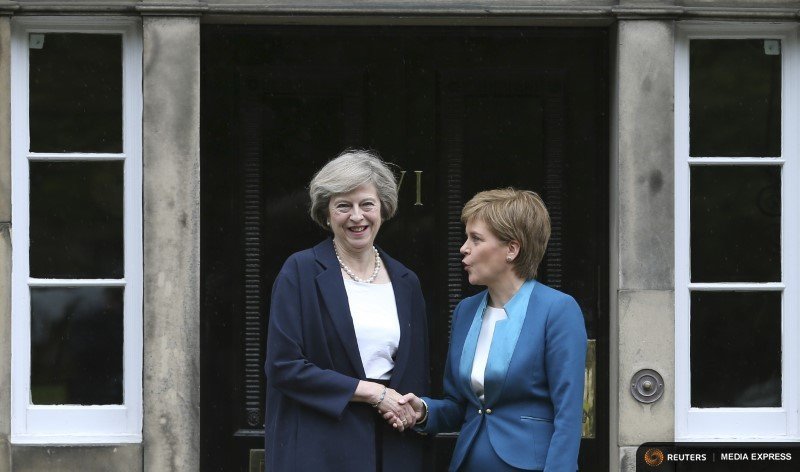 This is part of a series of News-Decoder articles on Whither Europe?

News last week that the faraway island I grew up on might lop off its head, and the Emerald one just across the water sew its back on, has exposed the perils of Brexit and plunged me and many others into an identity crisis.

Growing up in the 1970s and 1980s about an hour from Robert Burns’ places of birth and death, I never doubted I lived in a country called Scotland, one that cherished the bard’s famous line, “A Man’s a Man for a’ that.”

I first was challenged in this belief after I started journalism training at Reuters’ London headquarters in 1993.

“Scotland’s a region,” a desk editor informed me, threatening the ambiguity that had always allowed me to be fiercely Scottish at home and abroad, part Irish Catholic by descent but British to my English neighbors.

I shook off the insult, resolved to write around the problem and didn’t stop believing.

But 22 years later, the words still irritate. Looking back, my sense of identity was as fragile as the union now seems. I hope these nuances are not lost on the British and Scottish leadership as they duel over competing priorities.

My consent to be governed by a British government depended on as loose a union as possible. The idea of Scottish independence never appealed to me growing up – I never felt we needed it. Yet like most Scots, I want Britain to stay in the European Union.

Plenty of Scots were furious when a dismissive British Prime Minister Theresa May last week said “now is not the time” after Scottish First Minister Nicola Sturgeon pledged a second independence referendum before Brexit kicks in.

“Any bid by the UK Government to block the people of Scotland from making a choice will be untenable, undemocratic and totally unsustainable,” Sturgeon replied — perhaps a tad melodramatically. (Sturgeon later said she’d be willing to talk about holding a referendum around the time of Britain’s EU exit, slated for March 2019.)

Our islands don’t forget their history willingly. As a teenager, I despaired at classmates who draped their walls with the Lion Rampant of our royalty of old rather than the blue-and-white saltire that is Scotland’s contribution to the British flag. Every “Remember Bannockburn” banner was an act of surrender to the idea our last moment of pride was nearly seven centuries old.

Like many Scots, my friends and family are mostly united in their opposition to Brexit but divided in their views of independence. Some fear the instability a dissolution of the union might wreak and the loss of a union with the larger English economy to the south. Others embrace the rhetoric of free national childcare, energy nationalization and participatory democracy.

Similar calculations are taking place in Irish heads as they wonder if absorbing Northern Ireland would be an economically smart move.

But I have to ask: Do I still get to call myself Scottish if Scotland is no longer Scotland?

Will the Protestants in Northern Ireland, whose home I could see across the water on a clear day, who look to London rather than Dublin like some of their Catholic neighbors, be prompted to move to an independent Scotland if Northern Ireland leaves the union?

What will they be, then? Surely if Scotland leaves, Northern Ireland must, too, jumping into the arms of the Irish Republic, which after all, will still be in the European Union.

I discovered a whole new identity when I moved to Dublin in 1997 to cover Ireland’s entry into European monetary union and Northern Ireland’s peace process for Reuters.

Now are we no longer all European?

But the people of Northern Ireland are strategic chameleons, too.

Two-fifths of the population, the latest census showed in 2011, regard themselves as British only, while a quarter of their neighbors see themselves as Irish only and 21 percent call themselves Northern Irish only. But nearly half included British as a national identity, and 28 percent included Irish.

The conventional assumption is that Catholics in Northern Ireland support Irish unity, and Protestants want to remain in the union. But these numbers suggest a more complicated picture: 45 percent were either raised Catholic or still are, and 48 percent were raised with or adhere to a Protestant denomination.

So the fact that traditionally Catholic parties won a majority for the first time in a March 2 election cannot be taken as automatic proof voters would support Sinn Fein leader Gerry Adam’s latest call for a border poll and then vote to join the Irish Republic.

I found common cause with supporters of Northern Ireland’s peace deal when it unfolded like an Easter miracle in 1998. Memories of centuries-old warring lost their venom. The militants mostly swapped their guns and berets for nice suits and ties. Tony Blair and Bill Clinton, so slick with their political rhetoric, were poets of peace.

The Good Friday Agreement would have been impossible without devolution of power to the political assemblies of Scotland and Northern Ireland. European Union blurred our borders. So what if the Irish Republic had the euro and the rest of us, the pound? We were all European now.

Now, apparently, we are not, and I’m not sure strategically ambiguous words will fix it.

What would Burns say?