Record heat around the world. Wild fires in the Arctic. Greenland’s ice rapidly melting. Climate change is upon us. The situation is dire — but we can act. 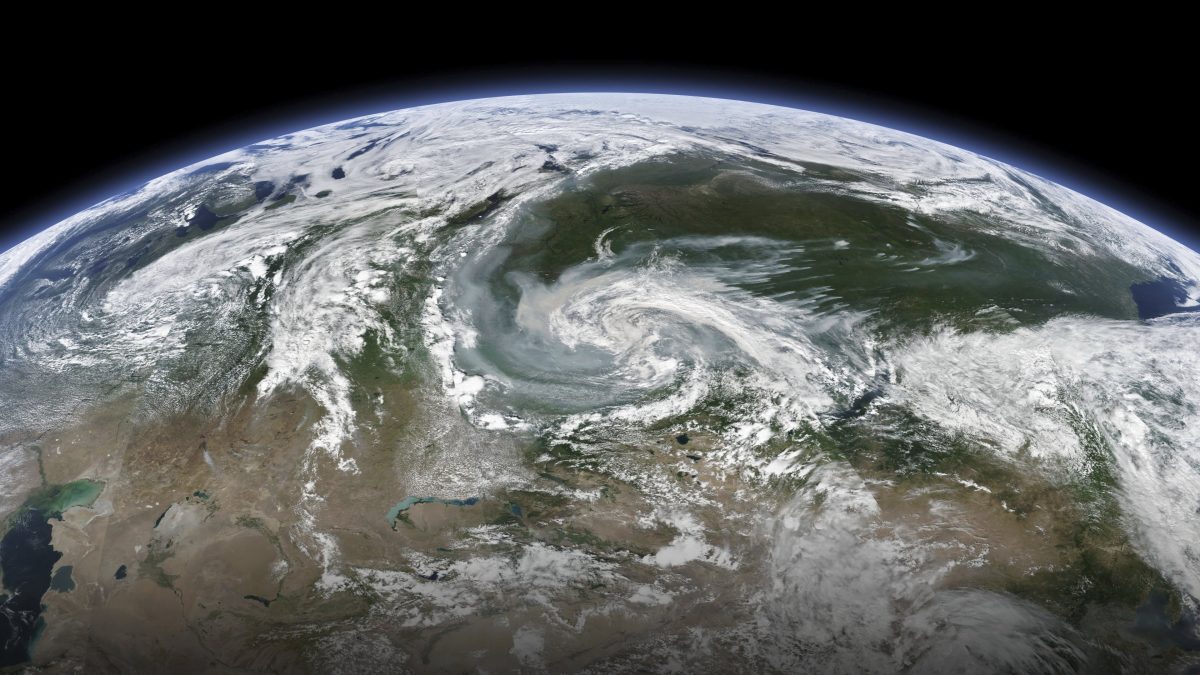 In October 2017, Storm Ophelia roared up the Atlantic from the Azores, fanning extensive wildfires in central Portugal’s combustible eucalyptus and pine forests.

The fires raged into a remote village north of Coimbra, where a year earlier an old friend had invited me to her holiday home just before selling it. The flames engulfed the house next door, where her former neighbor died trying to rescue her dog.

This brought climate change into the personal sphere for me. The same is true for increasing numbers of people.

Perhaps the most obvious change since the 2015 Paris Climate Accord is how visible climate change has become in parts of the world where its effects had until recently been gradual or marginal.

This is the summer of heat. Record temperatures in July, a ring of fire round the Arctic and across Siberia. Greenland’s ice melting at an unexpected rate.

Even the precious Amazon rainforest is alight, although ranchers rather than an abnormally dry season are likely to be the cause. This catastrophe exacerbates climate change and illustrates the challenges ahead.

What we are living now is the result of the 1°C warming humanity has caused by pumping out greenhouse gases since the Industrial Revolution, say climate scientists. It is the new normal.

We can act on what happens next. But efforts to fight warming are being stymied because climate change is proving to be much more multi-faceted than previously thought.

This isn’t just about science or technology. It is more about the human dimension. It’s a story of vested interests and clashing priorities – in other words, politics with a small ‘p’.

Some numbers reveal an extraordinary level of inertia despite obvious warning signs.

Russia, China and Canada are currently on a path for warming of +5°C, while the United States and Australia are heading for over +4°C, according to a study published late last year. Even the relatively virtuous European Union is on a +3°C trajectory.

Contrast this with countries’ promises under the Paris Accord: to stabilize warming well under +2°C worldwide by mid-century compared with pre-industrial times, and if possible to no more than +1.5°C. Quite a challenge, even if the accord runs over 30 years from 2020 to 2050.

We are heading for an unsurvivable hothouse earth, Johann Rockström, Director of the Stockholm Resilience Centre, warned in a short video made for the World Economic Forum in January.

But many actors seem to want to slam on the brakes rather than scale up their efforts.

The case of coal

A key summit to prepare for 2020 is scheduled for September in New York. In August, Swedish climate campaigner Greta Thunberg set out to sail carbon-free across the Atlantic to attend the summit, spotlighting the need for action.

But at the same time, Brazil, China, India and South Africa appeared to give a cold reception to UN chief António Guterres’s plea for more ambitious plans to be brought to that meeting.

These emerging economies argue they need to power ahead with development to combat poverty. But the world already has too much fossil fuel infrastructure in use to achieve the aims of Paris, according to a study published in Nature in July. Building more can only worsen warming.

Weaning the world off coal, the most polluting fossil fuel, is a particularly fraught task full of conflicting interests and political blockages.

Despite promising to stop subsidizing it a decade ago, the 20 most industrialized nations (G20) are still pouring at least $64 billion a year into coal, the Overseas Development Institute found in a study published in June – sums that could be spent on clean energy and sustainable development.

An example of how corporate lobbying works for coal barons is an alliance between India’s powerful Adani Group and a willing Australian government, documented in detail in an article in the New York Times in August entitled “How one billionaire could keep three countries hooked on coal for decades”.

In June, Australia approved Adani’s plan to develop the Galilee coalfield in Queensland. India’s various coal subsidies allow Adani to use relatively expensive Australian coal and build a power plant for it in India, although the resulting electricity will not supply India but will be sold to neighboring Bangladesh.

“The story of Adani and its Australian project illustrates why the world keeps burning coal despite its profound danger — and despite falling prices for options like natural gas, wind and solar,” the article said.

Did that deal inform Australia’s attitude at the Pacific Islands Forum in Tuvalu in August? Australia insisted that certain subjects be removed from the final communiqué. That meant no mention of coal, limiting warming to +1.5°C or achieving net zero carbon by 2050 – the goals of the Paris Accord that Australia signed.

Across the globe, governments are caving in to pressure from the fossil fuel lobby.

“If we want to transform the world, it can only be done in a subversive way.”

But there is an example that could help in breaking through such deadlock. Germany has just pioneered a different way of tackling the enormous wrench represented by closing down an entire industry like coal.

The country is in a bind because it still burns dirty brown coal, which jeopardizes its ability to deliver on its Paris promises. It had decided to abandon nuclear power in the wake of the 2011 Fukushima nuclear disaster in Japan, but renewables were not yet ready to take up the slack.

The government could not get any agreement on a road map for phasing out coal because there were too many vested interests, John Schellnhuber, founder of the Potsdam Institute for Climate Impact Research, said at a lecture in February.

To break the deadlock, it set up a commission drawn exclusively from civil society, with no political members or influence beyond support from Chancellor Angela Merkel. Schellnhuber was the only climate scientist on the commission.

The commission came up with a 150 billion euro plan for power station closures, compensation and help for employees, regions and industry, culminating with a 21-hour non-stop session in January to reach a final agreement.

This method could be applied to other sectors or countries, Schellnhuber said.

“If you say, ‘This is to replace the steel industry,’ then of course … they will use their propaganda machinery, their lobbies and so on, and do everything to make sure it will not fly,” he said. “So you have to bring up things that nobody expects and nobody takes seriously.”

“If we want to transform the world, it can only be done in a subversive way.”

This German social experiment is interesting because the obstacles to ecological transformation are no longer mainly technical. Scientists have already worked out a road map for halving carbon emissions every five years.

And solar and wind power are on track to provide fully half the world’s electricity by 2030, Rockström of the Stockholm Resilience Centre says.

The next frontier – cattle

But a new front is needed to stave off the Hothouse Earth scenario Rockström describes, and that is the way we produce food.

This year, the United Nations’ climate change panel, IPCC, cast a spotlight on land use in its annual report published in August. It found that human misuse is turning land from a carbon sink into a source of carbon emissions.

This puts a new focus on intensive agriculture in general and cattle farming in particular.

Intensive agriculture contributes a quarter of the greenhouse gases driving global warming. Cattle rearing drives deforestation in the Amazon, causes emissions of methane – even more warming than carbon dioxide – and yet the amount of animal protein people eat in rich countries is bad for health.

Just by cutting down on meat, we in the rich world could halve our greenhouse gas emissions, Rockström said.

Cattle farmers in temperate countries are already under stress from global warming. Some in France are now growing drought-resistant sorghum rather than corn to feed their cattle, whose pastures now dry up in summer.

Yet the IPCC’s warning does not imply helping cattle farms to cope with warmer, drier conditions. It implies a major shift away from beef.

This would surely see farms in several parts of the world go to the wall unless a system of compensation and conversion were to be brought in.

Trees to the rescue

It won’t be simple to fix agriculture and feed the world, but in the bid to absorb more carbon, there is an ally whose potential was not fully understood – trees.

A new study by Crowther Lab at ETH Zurich found that if trees were planted on all the vacant land that could support them – an area equivalent in total size to the United States – they could absorb two-thirds of the carbon humans have emitted since the Industrial Revolution.

Now Ethiopia, one of the world’s poorest countries, has begun a marathon scheme to plant four billion trees by October, starting with 350 million in one day in July.

“But we must act quickly, as new forests will take decades to mature and achieve their full potential as a source of natural carbon storage,” Crowther said.

The climate crisis is everywhere now, but so are initiatives to cope with it and counter it. That is perhaps the biggest positive change since the 2015 Paris Climate Accord.

You can see this just by watching television or Internet news, reading the most informative newspapers or keeping an eye on your Facebook newsfeed.

Read on for my brief selection from this summer.

The New York Times: The Earth’s food supply is under threat. These fixes would go a long way

The Ecologist: Why economic growth is not compatible with environmental sustainability 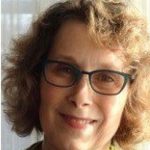