Many Africans see religion as a path to prosperity. Self-professed prophets are soliciting church donations that bankroll their own lavish lifestyles. 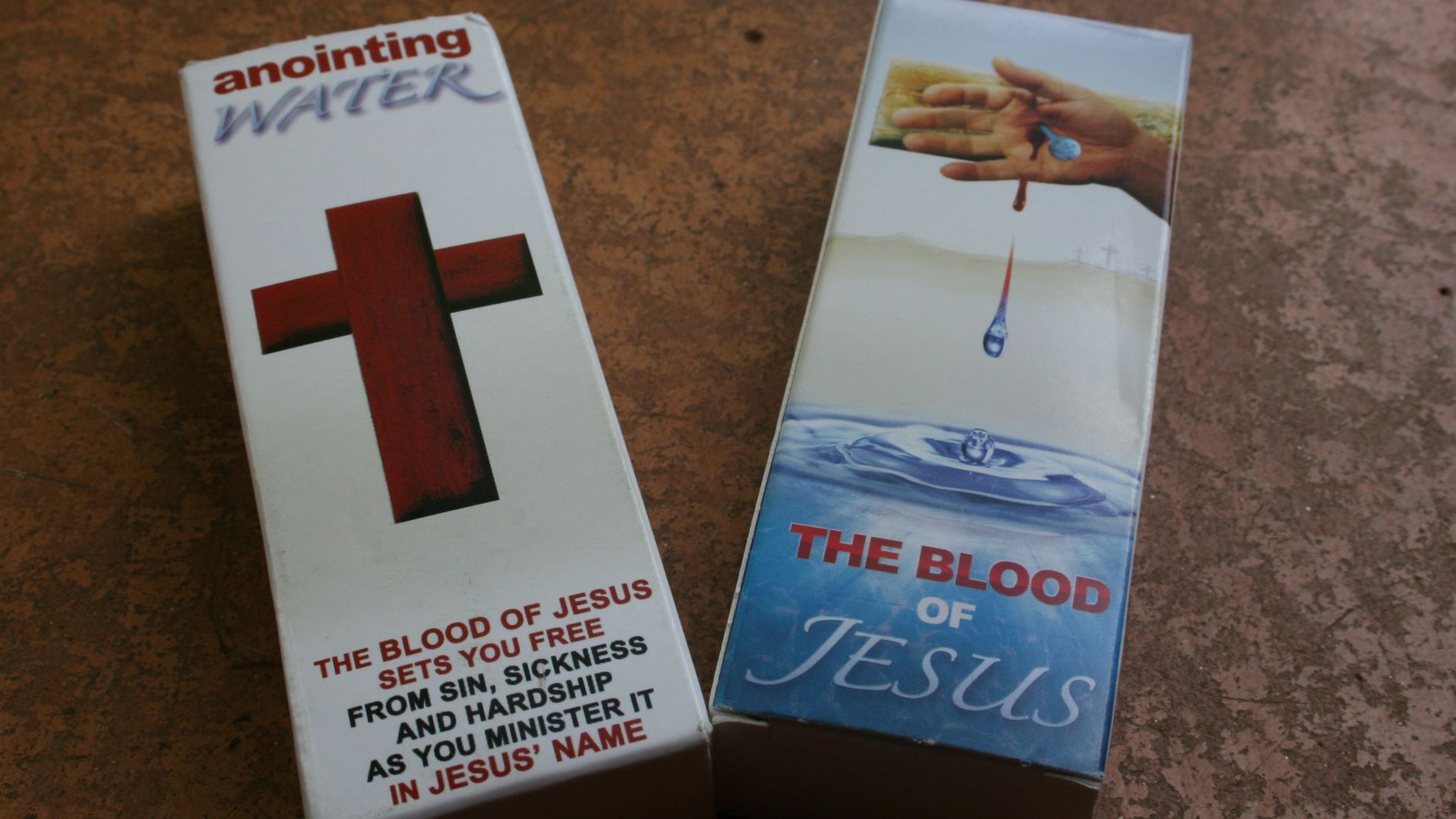 Self-proclaimed Malawian prophet Shepherd Bushiri says men of God should be rich. He lived by that prescript for years in South Africa before he and his wife, who face charges of fraud, skipped bail last month and fled to their home country, mysteriously crossing the border even after surrendering their passports.

The founder of the Enlightened Christian Gathering church, who favours designer suits, is one of a growing number of “charismatic” pastors across the continent who are drawing hundreds of thousands of congregates yearning for a more prosperous life. The pastors promise prosperity if the faithful make donations — which finance the preachers’ lavish lifestyles.

Scores of Bushiri’s followers have rallied to his support at his court appearances since he and his wife were first arrested in February 2019 on charges of money-laundering and fraud involving more than R100 million (US$6.6 million). Many cried and prayed out loud for his release.

Similarly, supporters thronged a court in Malawi where the couple appeared after being arrested for absconding, before a magistrate set them free on the grounds that their detention was illegal.

The case has raised tensions between South Africa and Malawi, whose newly-elected president was visiting Pretoria around the time the Bushiris escaped. Lilongwe has denied involvement.

Bushiri says he fled to Malawi out of fear for his life and his conviction that he would not get a fair trial from South African prosecutors. South Africa has launched an effort involving Interpol to extradite the couple.

Several church ‘prophets’ are under investigation.

Bushiri, who also faces allegations of rape, is just one of several African pastors who have fallen afoul of the law.

Nigerian Timothy Omotoso, also based in South Africa, is on trial for rape and human trafficking, having allegedly groomed his victims from when they were as young as 14.

The Cultural‚ Religious and Linguistic (CRL) Rights Commission has been hearing testimonies from the alleged victims of Rivers of Living Waters church leader Stephen Zondo, accused of sexually abusing or financially exploiting his victims. Zondo denies the charges.

In September 2014, some 115 people, including 84 South Africans on a pilgrimage, died after the collapse of a church guesthouse in Nigeria belonging to prominent evangelist T.B. Joshua.

The incident set off a diplomatic row between the two countries, with South Africa accusing Nigeria of dragging its feet with investigations.

Joshua angered many when he suggested on Facebook that the victims were “martyrs of faith” in an attack against him, saying a mysterious aircraft flew over the building before it collapsed. Nigerian authorities blamed a failure to comply with safety protocols during construction.

A 2017 report by South Africa’s CRL Rights Commission said numerous media stories of pastors instructing their followers to eat grass, snakes, drink petrol or part with large sums of money to be guaranteed a miracle or blessing “have left a large portion of society questioning whether religion has become a commercial institution or commodity to enrich a few.”

Bushiri, for example, is reportedly worth an estimated US$150 million. In addition to his church ministry, which draws thousands of congregants each week, he owns an investment company he says has interests in oil, mining, real estate, transport and the hospitality industry. He says these business ventures, rather than church donations, finance his lifestyle, dismissing doubts about the source of his wealth as unfounded.

“There is a tradition of vilifying men of God who have been blessed with a fortune,” the flamboyant 37-year-old, who is often photographed in one of his four private jets or posing next to a fleet of luxury cars outside his mansion, said on his church website.

Bushiri is one of the richest pastors in Africa, alongside the likes of Nigeria’s Joshua, who was included in American business magazine Forbes’ 2011 list of the wealthiest church leaders in the West African country, with an estimated net worth then of $10 million to $15 million.

To his credit, Joshua is also one of the most philanthropic Africans, although he has made headlines as much for controversies such as claiming the ability to heal diseases like AIDS and cancer as for donations towards education, healthcare and rehabilitation programmes.

Also on the list of the wealthiest Africans is Rhema leader Ray McCauley, whose church one academic referred to as a “prosperity cult (that) teaches you that wealth is the same as happiness and that all this is possible if you give money to Ray McCauley.”

Earlier this year, the church asked its members to deposit their tithes into a designated bank account since they could not make their contributions in person due to the COVID-19 pandemic.

Zimbabwean-born pastor Uebert Angel, who founded the Spirit Embassy, also known as the GoodNews Church, reportedly travels by helicopter preaching the message that God wants his flock to be as rich as he is.

African charismatic churches, which date back to the 1980s, are an off-shoot of Pentecostalism, a form of Christianity that emphasises the Holy Spirit’s influence on the believer.

One key difference is the African churches are apt to accept supernatural experiences such as prophecy, miracles and healing, increasing their appeal to those Africans who embrace centuries-old traditional beliefs even while embracing Western-style religion.

These ministries resemble so-called “prosperity” churches in the United States, which draw their name from the belief that Christian faith goes hand in hand with financial success.

Proponents include American televangelist Kenneth Copeland, who openly admits to his vast wealth and says preachers like him need private jets to be able to spread the gospel.

Joel Osteen, who leads a mega-church in Houston, is one of America’s most popular prosperity gospel preachers, claiming to reach 100 million homes via broadcasts, videos and podcasts.

In Africa, one of the poorest continents on the planet, where many feel abandoned by their governments, it is easy for people like Bushiri to prey on the weak and needy, says prominent South African clinical psychologist Saths Cooper.

In August, a seminar heard that South Africa could see a proliferation of cult-like organisations entrapping thousands of vulnerable people who have lost their loved ones and livelihoods to the COVID-19 pandemic.

“COVID-19 has disrupted so many lives. If the government does not identify those who have been hit hard … in the next three to five years we will see a radical proliferation of cultish groups,” sociologist Dr. Alex Asakitipi told the virtual meeting. 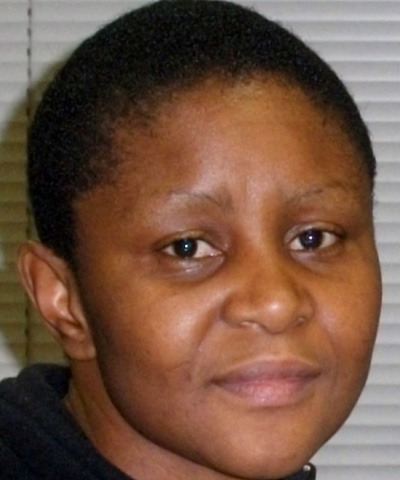 Stella Mapenzauswa is a Johannesburg-based journalist, media consultant and trainer who has covered economics and politics in southern Africa, namely Zimbabwe, South Africa, Zambia, Mozambique, Angola, Namibia, Botswana and Malawi, for more than two decades, including with Reuters. She has conducted journalism workshops for the Thomson Reuters Foundation.