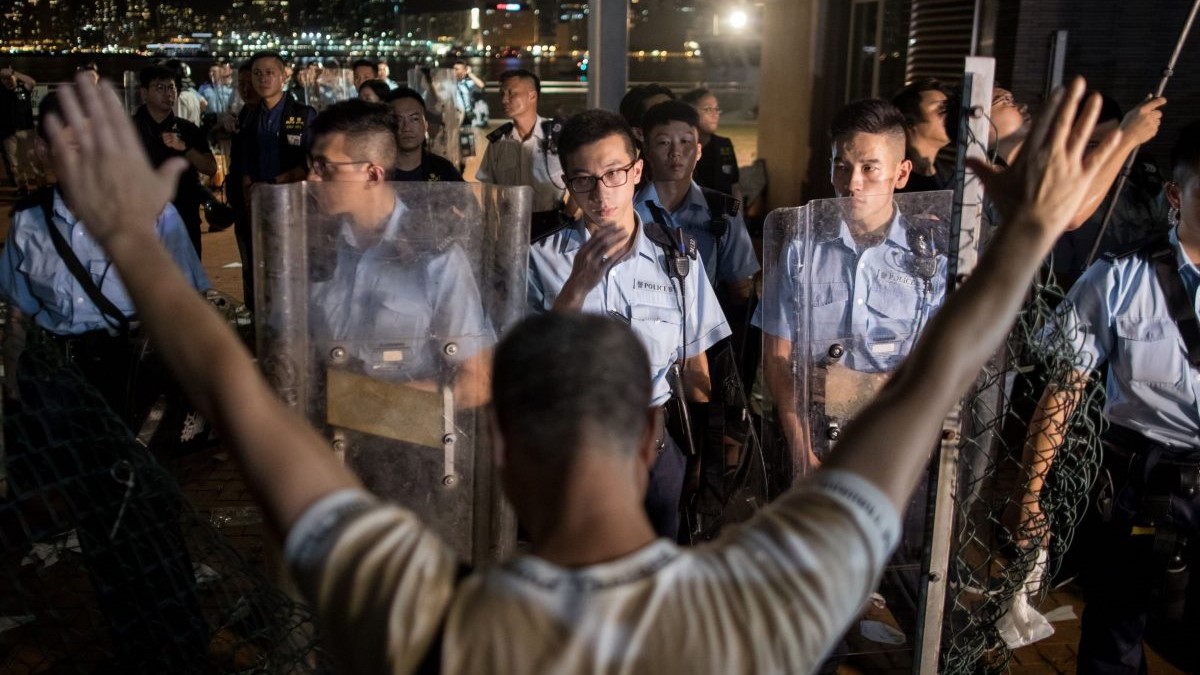 Mainstream and social media in Hong Kong — a city torn by weeks of mass protests led by young people and frequently turning violent — are beginning to talk about something that would have been unthinkable before the turmoil erupted in June.

That is the possibility of the Chinese military being called in to quash the unrest.

At the moment, such a drastic, profoundly far-reaching measure is just talk, even though no solution is in sight for Hong Kong’s most severe political crisis since the former British colony returned to Chinese rule in 1997.

Some commentators speak in terms of a slide into anarchy, with law and order unravelling.

The talk of military intervention intensified when a Chinese defence spokesman was asked how his ministry would tackle the disturbances. Referring to the semi-autonomous territory’s mini-constitution, he said: “Article 4 of the Garrison Law has clear stipulations.” He did not elaborate.

That may sound opaque, but it had an instant, ominous resonance for some. The Garrison Law says that Hong Kong can ask Beijing for help from its military, the People’s Liberation Army (PLA), to maintain public order.

The PLA has had a garrison in Hong Kong since China resumed control. But the garrison has been virtually invisible, showing itself only on days when the public can visit its bases.

The city retains its own rule of law and capitalist economy.

Hong Kong shudders at the thought of PLA intervention because of what happened 30 years ago in Beijing when the PLA crushed pro-democracy protests in Tiananmen Square, killing an unknown number.

Those events are remembered and commemorated here in the semi-autonomous territory, where emotional vigils attended by tens of thousands are held annually.

Such gatherings are banned in mainland China, which seeks to erase the Tiananmen Square events from public memory. But they are cherished in Hong Kong, not least as an affirmation of the city’s distinct identity.

Hong Kong is run under a system called “one country, two systems,” according to which the city retains its own rule of law and capitalist economy while being part of China.

That structure is seen as increasingly fragile and under mounting pressure from Beijing’s encroachments, one of the themes underlying the current protest movement.

A core issue is opposition to proposed legislation under which people in Hong Kong could be extradited to face China’s mistrusted legal system. The legislation is now officially “dead,” but protesters’ demands have expanded.

“Will China send in the troops to stamp out protests in Hong Kong?” read a headline in the South China Morning Post newspaper.

Such a deployment would be widely seen as the final nail in the coffin of “one country, two systems.”

Apart from the international outcry such a move would provoke, many residents fear the city would be finished as an international trade and finance hub. Foreign businesses would flee.

But will it happen?

Only as a last resort, is a commonly held view. The Post said that even China’s Global Times tabloid, known for its highly nationalistic tone and hard-line stance, was against the idea, citing the political cost, disruption and uncertainty that might result.

Hu Xijin, editor-in chief of Global Times, was quoted as saying that PLA troops could be used if local authorities lost control of the city or an armed rebellion broke out.

That hasn’t happened yet, although police are under rising pressure in their efforts to contain the violence and are losing public sympathy.

Protesters have vandalized Beijing’s main office in Hong Kong, pelting it with eggs and spray-painting the building – a direct challenge to Beijing.

Much has been made of resentment harbored by young people over the appallingly high cost of private housing. Because of the towering costs, many have no prospect of ever owning their own home, even one of tiny, cramped spaces for which Hong Kong has become a byword.

They are unlikely to take solace from reports that the unrest is putting downward pressure on the property market. But nowhere near enough to dent Hong Kong’s dubious honour of having the world’s least affordable housing.