Mountains of garbage encircling Beijing tell the story of a country whose infrastructure has not kept pace with its growing economy or population. 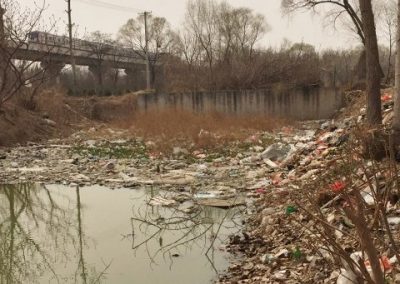 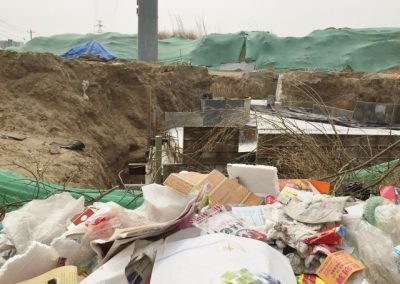 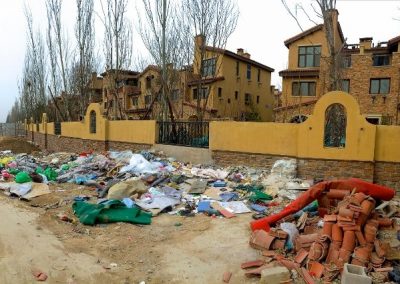 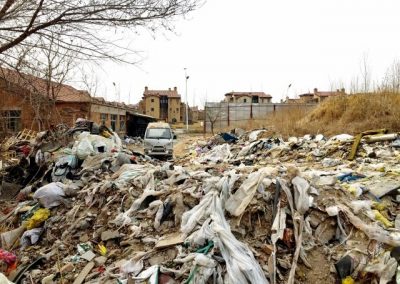 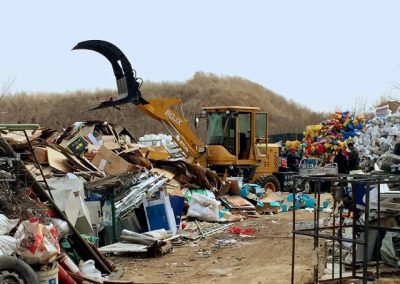 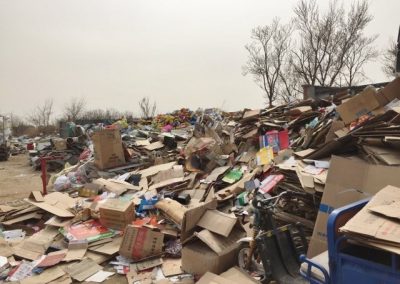 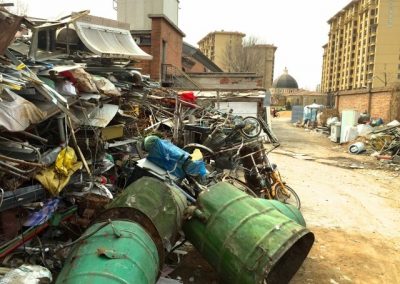 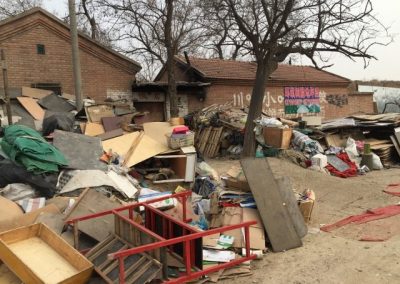 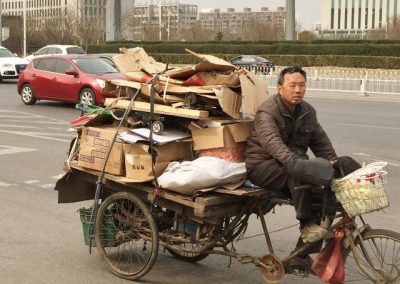 (All photos by Hunter Parkhill)

As China’s population grows along with its citizens’ voracious appetite for consumer goods, so does the country’s trash.

Local governments are inundated with garbage. In December 2015, dozens of people were killed when a landslide of construction waste buried industrial buildings and worker living quarters in Shenzhen, a first-tier city.

The tragedy in Shenzhen made me wonder. How serious is China’s waste disposal problem?Does my home of Beijing also have this problem?

On my way to school in the morning, instead of being met by garbage trucks, I encounter Beijing’s informal network of garbage collectors — mostly migrant workers — who pull piles of garbage on carts behind their bikes.

I wondered, where does Beijing put its trash? I asked the garbage men, who replied, “I don’t know” “– an obvious fib considering trash is their livelihood.

I then asked other city dwellers. Everyone was clueless and uninterested. Why was the Beijing trash system shrouded in so much secrecy?

I turned to the Internet. I learned that Beijing, like Shenzhen, has a huge waste management problem. In the capital, 70% of the trash is buried instead of being incinerated or recycled.

As Beijing does not have enough landfill space, much of its waste is dumped at undocumented sites.

Chinese photographer Wang Jiuliang captured more than 500 landfills in his video documentary, Beijing Besieged by Waste. Mapping and exploring the sites, Wang discovered that the dumps create a ring around the city, referred to as the city’s metaphorical “Seventh Ring Road.”

Wang’s pictures and maps were unbelievable. Not only did the dumps contain mountains of trash, but they were home to people and animals alike. Wang saw animals grazing through trash and migrant workers plucking out recyclable items to sell. The animals and humans make up Beijing’s recycling and waste management system: workers sort through the trash, and animals eat the rest of it.

Without robust waste management systems, cities like Beijing are exposed to many dangers. Chemicals such as leachate — a toxic liquid that comes from compressed trash — can pollute surrounding areas if not treated. In proper landfills, pipes and liners keep leachate out of the ecosystem. Not at Beijing’s dumps, where workers and locals are exposed to carcinogens and other unhealthy chemicals.

After viewing Wang’s pictures, I wondered if even more dump sites existed in Beijing. I was no longer satisfied with seeing pictures of dumps. I needed proof.

I went to the growing suburb of Shunyi to search for even a small dump. Walking along the bank of a sickly green river filled with trash, I hoped to reach the source of the pollution. Within a few minutes I was standing in the center of a small garbage dump hidden behind a Western housing development — most likely the source of the waste.

The following weekend, I returned to find the dump had grown. On top of normal trash, I saw industrial material and rusty machines that had broken down during the week.

As I walked around Shunyi, I found more and more dumps, many hidden behind the street’s urban facade. One dump engulfed a man’s house. At first, all I saw was garbage. Taking a second look, I saw a home, surrounded by broken down cars, couches, plastic bags and industrial waste.

“Other people put this trash here,” said the man who asked to remain nameless. “I am only a worker, so I have no way of getting rid of it.”

He seemed to be one of the many victims of China’s rapid growth.

I saw five or six dumps that day, each one different in purpose and size. But each one told the story of a country whose infrastructure has not kept pace with economic and population growth.

Living in China has been an amazing experience thus far. But I am beginning to wonder what other problems I have been ignoring. I hope that during my next few months here I will learn more about the real China, even the things that the government may not want me to know about.

Hunter Parkhill is in his second-to-last year of high school, studying at School Year Abroad China in Beijing. He is originally from Dallas, Texas, where he attends Greenhill School. Parkhill’s interests include Chinese and Spanish language, global politics and international business.