China’s millennials: They will impact all of us

There are more millennials in China than the entire population of the U.S. and Canada. Whatever your interest, these young Chinese will impact you. 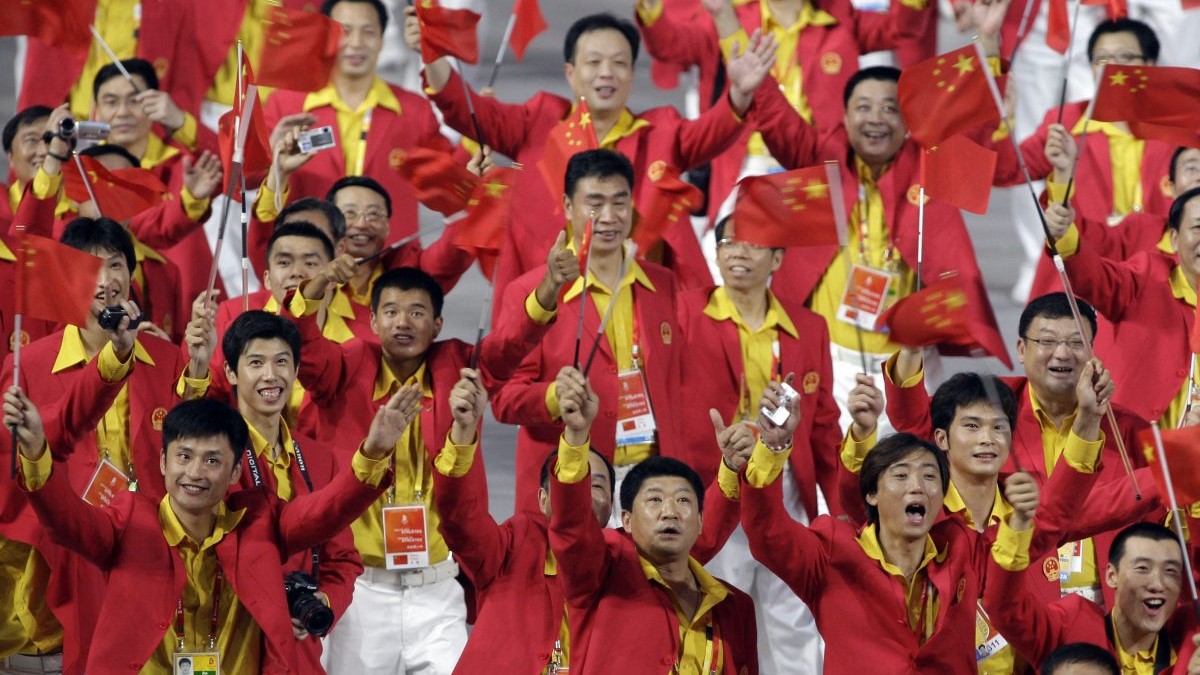 Members of the China Olympic Team at the opening ceremonies for the Beijing 2008 Olympics in Beijing, 8 August 2008 (AP Photo/Ivan Sekretarev)

China’s millennials. There are more than 400 million of them but they are poorly understood internationally, particularly by their peers in the West.

This lack of awareness is a concern, says American researcher Zak Dychtwald. That’s because these young Chinese are a pivotal generation, responsible for defining the modern identity of the world’s most populous nation and its second largest economy.

And the influence of China’s millennials is already felt far beyond China’s borders. Whatever you are interested or engaged in — politics, real estate or buying and selling soft drinks, for example — “this young generation will be impacting you personally,” Dychtwald recently told the Hong Kong Foreign Correspondents’ Club.

Dychtwald, himself a millennial, has devoted himself to narrowing that gap in understanding about China’s young. A fluent Mandarin speaker and founder of the Young China Group think tank, he splits his time between the United States and China, which he calls his second home.

In his presentation in Hong Kong, Dychtwald described how China’s millennials see themselves, their country and the world, and what sets them apart both from their forebears and their Western counterparts.

It’s the greatest rags-to-riches story in the modern world.

So what is it that makes this vast army of millennials distinctive?

Their first and most obvious characteristic is their scale. There are more millennials in China than the entire population of the United States and Canada combined.

Furthermore, today’s young in China are exposed to the outside word and are open-minded to an extent unthinkable for their parents. This is despite a more constrained access to information than is available in the West and tough censorship.

Economically speaking, China’s millennials are experiencing the greatest rags-to-riches story in the modern world. They are immensely competitive and hard-working. Dychtwald said that when he was growing up in California and relaxing at sport or playing video games, his counterparts in China were studying.

But such diligence is not necessarily self-driven. School-age Chinese can face crippling pressure from their families to pass exams. Added to this is the anxiety they feel in trying to balance the expectations of their families with their thirst for seizing opportunities to carve out careers. “Most of what they are going through is anxiety-driven.”

As for politics, Chinese millennials see their government as deeply flawed. But Dychtwald gave no suggestion that China’s young are seething with so much discontent that they would consider following the example of their pro-democracy predecessors, brutally crushed in Tiananmen Square in Beijing in 1989.

Instead they tend to regard their government as being like the weather: you can prepare for it, cope with its vicissitudes and complain about it, but not change it.

Chinese millennials are proud of being Chinese.

Yes, the Chinese government has multiple faults, but it is perceived as being effective and successful in providing prosperity and opportunities for upward mobility for a growing segment of the population. (Still, this begs the question of what happens when the good times pass and the glowing growth and wealth figures fade, as surely they will, Dychtwald said.)

Understandably there is also enormous pride in what China has achieved following a largely catastrophic 20th century that only began to come right after Mao Zedong died in 1976 and China opened up to the world.

Now, as a result of China’s success and the clout the country enjoys in world power politics, its young people tend to be less enamored than they once were with with the way other countries are run, including Western democracies. Chinese millennials are proud of being Chinese, and they don’t want to be something else.

As Dychtwald said, the United States elected as its president someone who promised to make America great again. “Ín China, there is the feeling that they are becoming great now.”