Can China — the world’s factory — sustain its growth?

China’s rise is one of the striking developments of our age. Global well-being hinges in part on the answer to this question: Can China sustain growth? 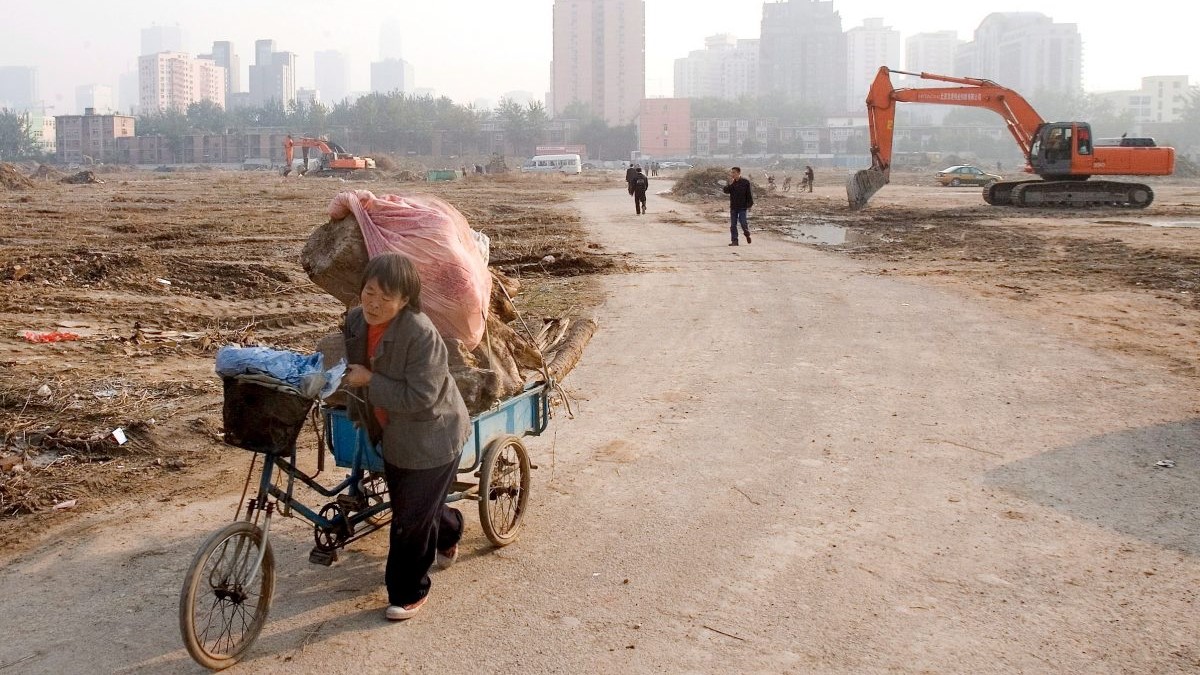 A woman pushes a tricycle loaded with wood along land under development in Beijing, China, 29 October 2007 (EPA/Diego Azubel)

Visiting a village in the western Chinese province of Qinghai a decade ago, I remember asking a teenager what he would like most.

He thought for a moment. Running water would be nice, he replied.

In another poor village in Fujian on the eastern seaboard, a young man said he’d like to have electricity so he could fire up a laptop.

These anecdotes provide valuable context for one of the most remarkable developments of our age: China’s meteoric economic rise. Since paramount leader Deng Xiaoping embarked on market reforms 40 years ago this December, China has notched up GDP growth of close to 10 percent a year and lifted 800 million people out of poverty.

Perhaps running water and electric power have come to those remote villages by now. Even if they have, some 30 million rural Chinese still live below the government’s poverty line of Rmb 2,300 a year – about $350 in 2010 constant prices.

The question is whether China can sustain the growth needed to meet its goal of eradicating such extreme poverty by 2020 and, in the longer run, transform what has become the world’s factory into a high-tech, services-led economy.

If China’s economy were to stall, no one would be spared.

The answer is critical not only for the future of nearly 1.4 billion Chinese.

China has been the biggest contributor to world growth in recent years and is the main commercial partner of scores of countries. Germany does more trade now with China than with the United States or France.

So integrated is China into today’s global manufacturing supply chains and financial markets that, if its economy were to stall, no one would be spared.

Growth has slowed since 2010 to around 6.5 percent a year, but China is still adding output equivalent to the size of Italy’s economy every two years. Continued expansion, albeit at a moderating pace, remains the most likely outlook.

After all, the ruling Communist Party has overcome numerous crises in recent years that would have defeated lesser policymakers: an insolvent banking system; massive excess capacity in heavy industry; runaway local government borrowing; and, in 2015, large-scale capital flight triggered by a stock market crash and a bungled mini-devaluation of the yuan.

The external environment is darker than it has been in a long time.

Yet this time could be different. Why? Because of the sheer number of economic problems pressing in simultaneously.

First, President Xi Jinping is striving to rebalance the economy from investment towards consumption while arresting a structural slowdown that could ultimately threaten his grip on power.

Second, Xi must wean the economy off its addiction to borrowing, which has propped up growth since the Great Financial Crisis but has saddled China with an alarming burden of debt.

Third, he needs somehow to placate an irate, erratic U.S. leader who is threatening to ratchet up punitive tariffs and to bar China from making the investments in advanced technology on which its flagship Made in China 2025 industrial modernization program depends.

China has thrived, especially since it joined the World Trade Organization in 2001, in part because it has been able to tap into U.S. markets, technology and investment. U.S. President Donald Trump is threatening to sever this umbilical cord.

China is successfully innovating in areas like artificial intelligence but remains hugely dependent on imports of high-tech components such as microchips. An all-out trade war could thus inflict severe damage on the Chinese economy — with unpredictable political consequences.

After all, the party’s legitimacy rests on an unspoken bargain with the people: give us total power and we will give you growth and jobs in return. For the past 40 years, the party has kept its side of the deal. It would be brave to bet against it now.

Equally, however, the external environment for China is darker than it has been in a long time. The coming months will be crucial.