Although the fare hike would have been relatively modest — 30 pesos, or the equivalent of US$0.04 — the measure was the straw that broke the camel’s back, bringing to the surface deep-rooted social grievances.

Soon, students took to the streets, word spread and thousands came out to protest, chanting the slogan “Chile woke up.” The protests, which continue, have thrown Santiago into disarray and precipitated a government crackdown that critics said raises questions of human rights abuses.

People have turned to the streets to respond to the crackdown, said Jan Jarab, head of the United Nations Office for Human Rights at the South American Office.

“If you go to downtown Santiago today, a large part of the slogans will be against police violence,” Jarab said. “One will see that the police violence and a lack of response from the government have become one of the principal motives of the continued protests.”

Change is not likely to come easily.

Jarab said the Carabineros, the national police, should be reformed so that they are put under strict civilian controls, and commanders should be held responsible for the consequences of their actions.

But change could be difficult. Claudio Fuentes, a professor at Diego Portales University, said the Carabineros are “a militarized police force, with a military structure and logic, not a civil police force. All attempts to reform it after dictatorship have been very slow, with very little capacity for civilian control.”

To quell discontent, Chilean officials are being urged to address complex social issues that human rights advocates say are at the root of the protests. Many issues stretch back decades to when the country was ruled by U.S.-backed dictator Augusto Pinochet, who overthrew Chile’s then-socialist government in a coup d’état in 1973.

The country will hold a referendum.

Rapid economic growth followed. Chile’s gross domestic product (GDP) has increased five-fold from the time Pinochet took power, according to the World Bank. Chile now has the highest GDP per capita, US$15,923, in Latin America.

Notwithstanding the growth, many Chileans feel the system does not work for everyone. Although the gap between rich and poor in Chile has been shrinking according to World Bank data, the country still ranks as the third most unequal among 38 of the world’s wealthiest nations, according to the Organisation for Economic Co-operation and Development.

Water is private, electricity and transportation prices are high, wages are low, students are burdened with debt and the quality of life for many is poor. Half of Chilean workers earn below 400,000 pesos (US$500) a month, the National Statistics Institute reported in 2018, while only 20% of Chilean households earn more each month than they spend on basic goods like food, transport and shelter, according to Foreign Policy.

In response to the protests and following intense debate in the National Congress, Chile will hold a plebiscite on April 26 offering voters the chance to decide whether the country should draft a new constitution to replace one imposed by Pinochet.

Critics of the current constitution want a new charter that protects citizens’ right to healthcare and education, as well as access to water and adequate pensions, instead of leaving public benefits to market forces that have padded Chile’s wealth but also led to economic inequalities. 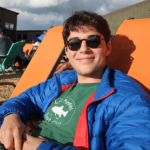 Share This
WorldAmericasPolice clampdown on protests fans tensions in Chile