Children in Afghanistan earn hard living on the streets 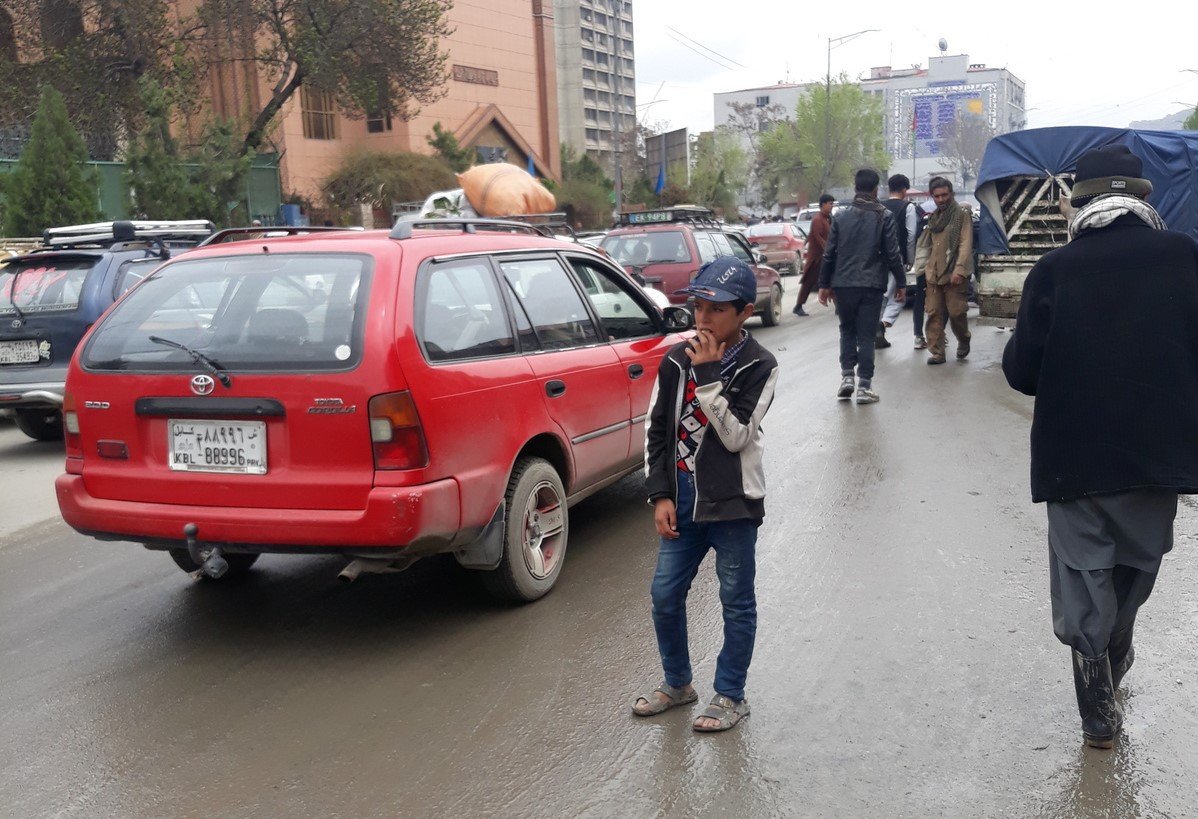 A “little shouter” in Kabul, Afghanistan (Photo by Atiq Rahimi)

Children all over Afghanistan work, and this is not considered a problem. Many poor and middle-class families and elders even encourage it.

They are either unaware of or indifferent to the abuses kids experience during their work. And they fail to appreciate the future physical, mental and economic consequences of keeping boys and girls out of school.

It is estimated that more than two million children between the ages of 8 and 14 work in Afghanistan. In recent years, this number has climbed higher, as the number of child laborers tends to increase with economic downturns.

What is more, since 2016 an estimated 600,000 families have returned to Afghanistan from neighboring countries including Pakistan and Iran. It is believed that as many as 200,000 children from these families have joined the labor economy.

In recent years, many boys have started to work as street shouters. To understand the need for this role, it is necessary to go back a bit in time.

Kabul, the capital of Afghanistan, is a rapidly growing city. It has been the destination of choice for many of the families returning to Afghanistan, since the city tends to have the best opportunities for jobs and education.

But the growing city lacks a proper transportation system. During the early years of former President Hamid Karzai’s rule, it had a pretty effective public transport system because India had donated buses.

But the public transit system has become largely inoperative as the city has grown. The number of private cars has increased, clogging the roads, while concrete walls erected to protect against terrorist attacks have bogged down traffic on main arteries.

Now, private cars and taxis that hold two passengers in the front and three in the back have replaced buses as the main means of transport. This system has created new jobs for many young boys: They stand on the streets and shout to find passengers looking to take a car to different destinations in the city.

The job requires very basic skills. The boys shout the names of the stations that the cars are heading to, loud and fast. If you walk the streets of Kabul, you’ll hear boys yelling station names like “Deh-Mazang-Darulamand- Deh Dana” or “Lab Lab Darya- Charahi Abdul Haq- Makroyan 4.”

Some of these “little shouters” do this all day long, as they are the only breadwinners in their families. Others do it as a part-time job after school.

Jawid wants to become a pilot.

Jawid is a 12-year-old who goes to school and works as a shouter in the city center. He lives with his parents and a younger brother. “My father is a construction man and our family income is not sufficient,” he said, “so I have to work, too.”

Jawid earns around 150 Afghani per day, or roughly US$1.90. If he makes more, he uses it to buy books or notebooks for school. He says it is difficult to study in school and work the rest of the day on the streets.

“I need to stand all the time and run for passengers and shout the destination, which makes me tired. I failed last year in final exams in school and have to repeat the year again.”

Jawid is serious about his education and wants to become a pilot. But he recognizes that many young people graduating from public and private universities struggle to find jobs.

He also recognizes that he is lucky to have a father who works. Some of his friends’ fathers have died, are unemployed or addicted to drugs.

Indeed, many of the people he competes with for work are drug addicts, trying to raise money to pay for their next fix. They will charge a driver 10 Afghani — US$0.12 — if they manage to find five passengers to fill a car.

So far, the Afghan government has not taken adequate steps to address the problem of child labor.

Under international pressure, it did develop a legal framework to protect children that is in line with the provisions and principles of the United Nations Convention on the Rights of the Child.

Parliament did not approve the bill, but the law recently came into effect by presidential order. Implementing the measure will be difficult, however. Afghanistan is still rife with conflict, and it would require significant coordination between different sectors and government institutions to implement and enforce it.

According to a friend who works for an INGO that helps children in Afghanistan, most INGOs and NGOs are focused on education, health and awareness-raising programs. These are important, he said, but do not necessarily have a direct impact on reducing child labor.

These organizations need to focus on ensuring governments take measures to create jobs and implement programs that strengthen the economy.