Why Catalonia’s independence push is so important

Catalonia’s drive to win independence from Spain is the latest threat to Europe’s framework and a reminder of other movements on the continent. 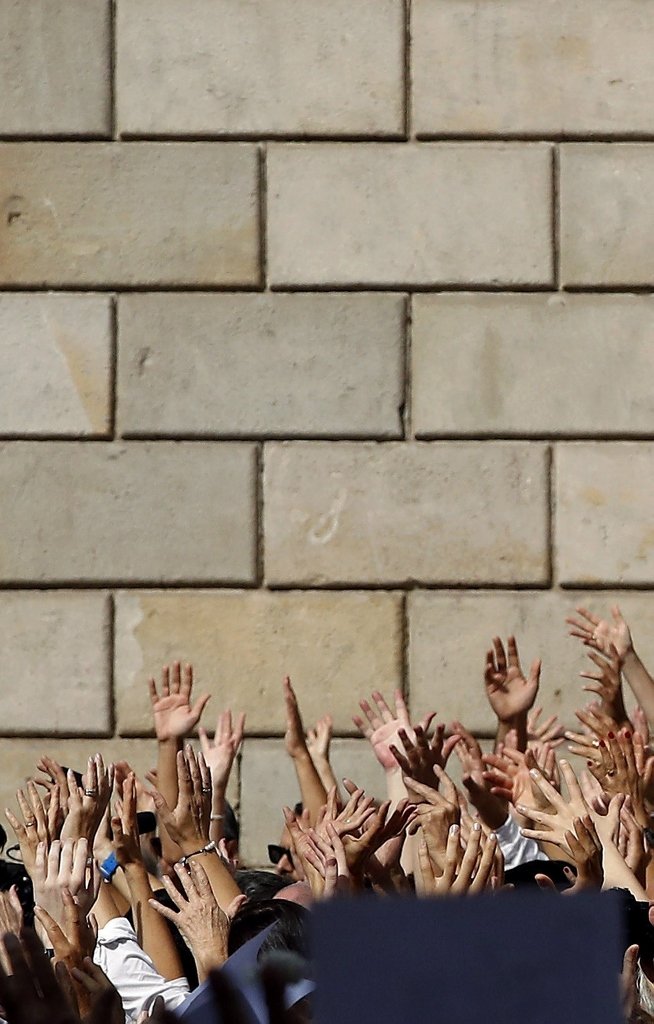 This is our latest article on Catalonia and the region’s independence movement.

Millions of Catalans have voted to secede from Spain in the latest threat to Europe’s existing constitutional framework from separatists eager to break away from bigger states and to assert their heritage.

Catalonia’s referendum earlier this month supporting independence was a reminder that many other separatist movements exist elsewhere on the continent, from Scotland to Veneto. While the movements differ in tactics, goals and levels of organization, each poses a problem for the cohesion of the greater nation state and, by extension, for the European Union.

Catalonia’s movement is especially important because the region punches well above its weight in Spain.

While the northeast region accounts for only six percent of Spain’s geographic area and 16 percent of its population, it generates about one fifth of the nation’s economic output — more than most countries in the euro zone.

One of Spain’s sixteen autonomous regions, Catalonia is not known for flamenco dancing or bullfighting.

The region on the Mediterranean has a distinct identity, language, culture and regional government. Many Catalans consider themselves to be Catalan, not Spanish.

Many Spaniards, who are known for being expressive and laid back, perceive the Catalans as distant and conservative. From football to politics, there have always been cultural tensions between the two regions.

What motivated the referendum?

This is not Catalonia’s first push for independence. Before the Spanish Civil War (1936-39), Catalonia enjoyed legal autonomy and operated independently from Spain.

But under the rule of dictator Francisco Franco from 1939 to 1975, Catalonia’s autonomy was curbed, and the Catalan culture and language were violently repressed. A resistance movement kept the region’s language alive and helped cement regional loyalty.

As one of Spain’s richest regions, Catalonia gives more financially to the central state than it receives. It is the highest-taxed region, and many Catalans feel they should receive more for their money.

The economic disparity between Catalonia and the rest of Spain, coupled with cultural differences including language, fuels the independence movement, which draws strength from Madrid’s firm opposition to the referendum and to granting more autonomy to the region.

Over the past decade, the independence movement has strengthened, fueled by Spain’s economic crisis and the power of the Internet to organize social movements. In 2014, the Catalans held a non-binding referendum, and 80 percent voted for independence.

Ahead of the October 1 referendum, thousands of Catalans camped out overnight at polling stations in Barcelona. The next day, they stood in lines on rainy streets to cast their vote. At one station, I heard the crowd outside burst into applause every time a voter came out.

Ordered to halt the referendum, which had been ruled unconstitutional by the nation’s highest court, Spanish riot police smashed doors and windows, stormed polling stations and fired rubber projectiles into crowds, injuring hundreds.

In the end, the Catalan government said 2.26 million people had voted, and 90 percent were in favor of independence. Regional leader Carles Puigdemont said he felt “like the leader of a free country” and vowed to declare Catalonia’s independence despite Madrid’s strong opposition.

To many people watching the news on October 1, the violence and the intense animosity between the separatists and Prime Minister Mariano Rajoy’s government came as a shock. What fueled the violence against Spanish citizens and the Catalans’ urgent push for independence?

Why did Spain react so violently?

Spain’s Constitution mandates the “indissoluble unity of the Spanish Nation,” and only the national parliament can change the constitution. Rajoy has not been open to compromise, and in the past he has voted against legislation that would give the Catalan regional government more autonomy.

Crucially, only 43 percent of Catalan citizens who were eligible to vote cast ballots in the referendum, and many Catalans oppose independence. They fear that Catalonia, outside of Spain and very possibly the EU, would be weaker economically. Many chose not to vote because they felt it would legitimize the referendum.

Economists disagree on whether the Catalans would prosper as their own nation. To most, it would depend on the region’s relationship with Spain and their status with the EU.

To move towards full independence, the Catalans would have to draft a new constitution and create an assembly for a newly formed Catalan republic. But Rajoy’s government could suspend Catalonia’s autonomy and order the national government to take over the region.

No one knows for sure what independence would mean for Spain, Catalonia or the EU. The region would have to apply independently for EU membership, which would require the consent of all members.

But many EU members states fear Catalan independence could stoke the flames of independence movements within own their borders, weakening national cohesion as well as the EU just as it grapples with Britain’s decision to leave the Union.

Danielle Castonzo graduated from Indiana University in May with majors in journalism and informatics, with a concentration in Spanish. She is currently working as an English teacher and freelance reporter in Madrid. Last year she won first prize in the university category in News-Decoder’s inaugural essay/reporting contest with an article from Hiroshima, Japan.