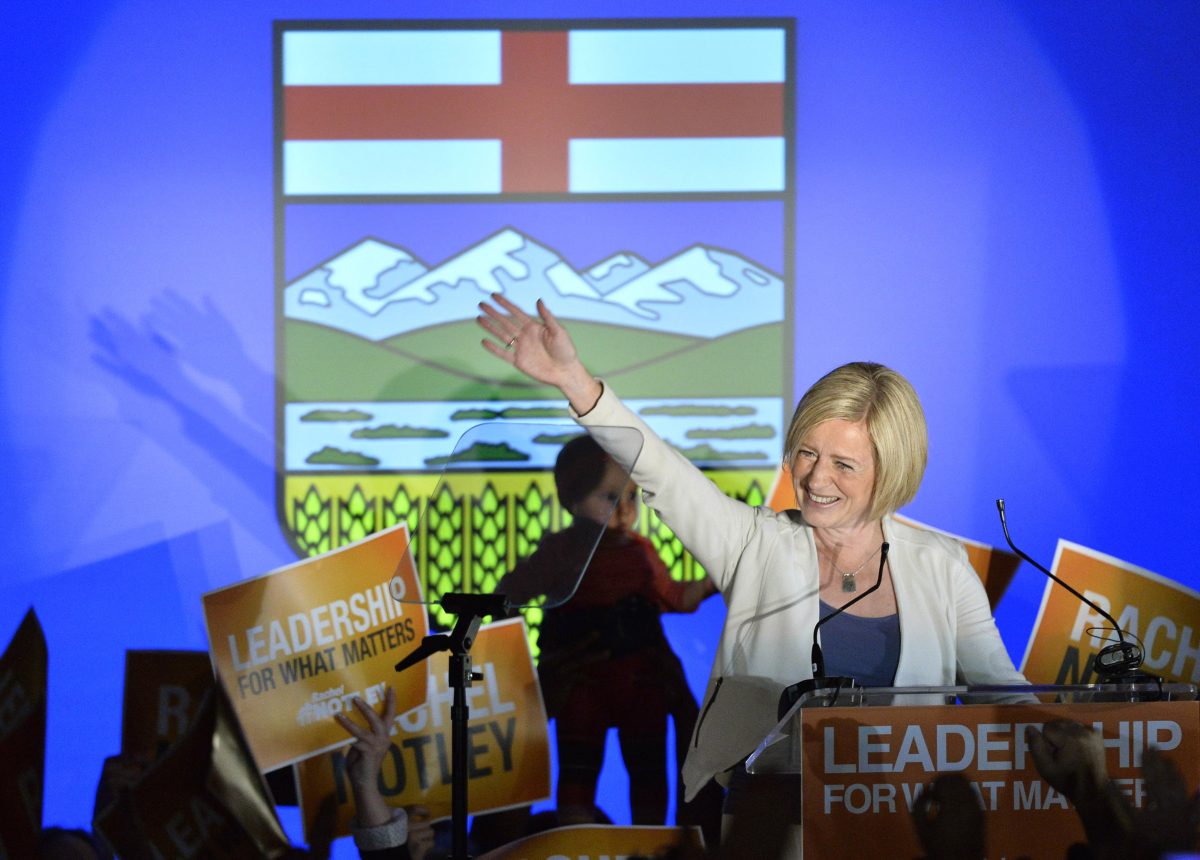 If the Canadian province of Alberta were part of the United States, it would be what U.S. locals call a “red state.”

That means a U.S. state that consistently elects the right-of-center Republican party, dislikes big government, believes firmly in the right to own a gun and is wary of many of the social welfare features that distinguish the United States from Canada.

So why did Alberta, Canada’s oil producing powerhouse, end four decades of Conservative government on May 5 and elect the socialist New Democratic Party with a rock-solid majority?

And what does it mean for the rest of Canada, where a Conservative federal government faces a strong challenge from two separate left-leaning rivals at an election scheduled for October?

Canada is the world’s second largest country by area, after Russia, with an economy that’s heavily dependent on exports of oil, gas and other commodities.

Most of that energy comes from Alberta, often described as the Texas of Canada. Alberta’s oil sands are the third largest proven reserve of crude oil in the world after Saudi Arabia and Venezuela, and big energy companies dominate the economy.

But when the price of oil falls, Alberta hurts, and provincial Conservative leader Jim Prentice misjudged the public mood when he called an early election.

Prentice, a former federal cabinet minister who had led the Alberta Conservatives for less than a year, was asking for a vote of confidence in a budget that promised tax hikes that excluded the energy sector, along with higher fees for government services and cuts to Alberta’s public health care system

Universal health care is a key difference between Canada and the United States. Canadians brag that they mostly don’t have to worry about medical bills.

Chipping away at the system was a Conservative idea that did not go down well.

Cue charismatic Rachel Notley, whose New Democratic Party had long been an also-ran in Alberta, unable to win seats outside Edmonton, the provincial capital.

She campaigned on a platform of higher taxes for business, the energy sector and the wealthy, and more money for health care and education.

She won, and all of Canada gasped. It was as though Texas had voted for Obama, or for a leader who liked, respected and wanted to grow Obamacare.

At the end of the day, Notley’s victory reflects Canada’s first-past-the-post electoral system as much as it does the changing demographics of Alberta, which has attracted increasing numbers of migrants from across Canada and around the world.

Calgary mayor Naheed Nenshi was the first Muslim mayor of any major North American city. While Toronto’s former mayor, Rob Ford, hit global headlines for smoking crack, Nenshi won Canada-wide kudos for his deft handing of damaging flooding in Calgary, which is the home to most of those big Canadian energy firms.

The NDP won 41 percent of the vote in Alberta’s election, which gave them 53 seats in the 87-seat legislature under the winner-takes-all voting system that Canada shares with Britain and a few other countries.

Federally the story is very different, with two parties, the Liberals and the NDP, competing for the left-of-center vote.

Many voters are tired of the federal Conservatives, who came to power in 2006 promising to clean up government but are now mired in scandals of their own.

But it’s too early to count Prime Minister Stephen Harper out.