Brexit has revealed a country deeply divided over economic security to national identity — issues likely to define politics for a generation. 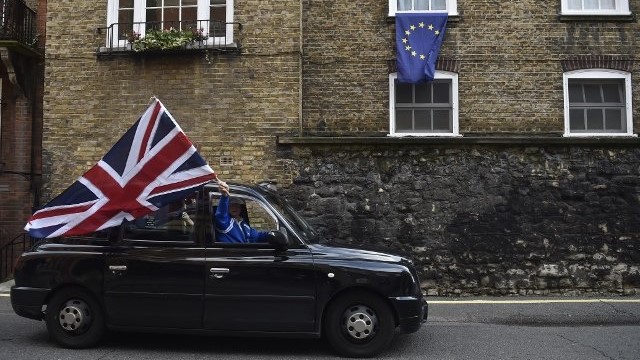 The UK referendum has revealed a country deeply divided over a host of issues, from economic security to national identity, that no single vote can hope to settle. They are likely to define politics for a generation, not just in Britain but across the industrial world.

The divisions exposed by the referendum to leave the European Union do not conform to the traditional political split between left and right. Crudely, the rift is between metropolitan elites at ease with globalization and those in rural Britain and the working-class heartlands who feel they are getting a raw deal from it.

The young and better educated see the benefits of an outward-looking Britain that is comfortable with the free movement of people and with pooling sovereignty to tackle problems like terrorism and climate change.

Older Brits, and those whose skills are not transferable to the digital economy, have now said, in effect, that they want to pull up the drawbridge. They want protection from the fallout of unfettered trade and investment. They see immigration as a threat to their way of life. They want to “take back control” from “faceless unelected bureaucrats in Brussels.”

They drink warm beer, not cool lager. They yearn for a world that is not coming back.

Referendums are a blunt tool.

This is not to mock them. Their anxiety is understandable. It is the failure of established parties to offer them reassurances that explains the rise of right-wing parties such as the National Front in France and of insurgents including Syriza in Greece, Podemos and Ciuidadanos in Spain and the Five Star Movement in Italy.

Similar popular disillusionment also lies behind the appeal of Donald Trump and Bernie Sanders in the United States.

It was foolish of Prime Minister David Cameron to gamble Britain’s place in Europe in the vain hope of papering over cracks in his Conservative party. Cameron has rightly fallen on his sword.

Referendums are a blunt tool best avoided in a parliamentary democracy. But, unwittingly perhaps, Cameron did a service by giving Brits the chance to air their preoccupations outside the tribal confines of a general election.

Job security, inter-generational conflict, equipping citizens to cope with technological change, the unequal distribution of income and wealth, our place in an unsettling world order. This is what the vote on Europe was really about.

These are the issues that would have emerged if voters had been asked whether they preferred cats to dogs. And they will dominate the political discourse long after the passions raised by the referendum have cooled.