Bowie and the pantheon of icons

David Bowie’s death has generated an outpouring of testimonials, in keeping with his artistic genius and status as a global icon.

Global news takes many forms, and the music and entertainment industries are as universal as they come. Bowie and other entertainers with an international following epitomize globalization. No reason News-Decoder cannot cover him!

With that in mind, I asked our ambassadors — several dozen young adults who are interested in News-Decoder’s mission — for their reactions to the passing of a musician, actor and trend-setter who made his name well before any of them were born.

The irony that Bowie, who was an iconoclast through much of his career, would be widely lauded in the mainstream press after he died was not lost on several of our followers.

“I’m not surprised by all the attention Bowie’s death is getting. He is such an influential figure of rock and pop music. His music and universe were ‘fashion forward’ and quite scandalous when he emerged in the late 60’s. It made him a poster child of the sexual and cultural revolution that occurred in the late 60’s, early 70’s.

“For my generation, he became some kind of spokesperson for the misfits, those who don’t recognize themselves in the mainstream culture, which is ironic today.

“In my case, listening to Bowie while growing up in Morocco — beside the fact that he was a truly gifted artist who wrote some of the most beautiful songs of the 20th century — was a way for me to distance myself from the people of my school who I found too square, too inclined to act or dress like everybody else and listen to the same music.

“Bowie made it OK to let the freak flags fly high.”

Jack Craver of Austin, Texas, said that the coverage of a pop icon’s death is influenced by the age and demographics of those in the media: 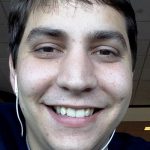 “While I think David Bowie’s death would have garnered a front-page obit in the New York Times no matter what, I think it would have generated significantly less buzz if he’d lived another 20 years, by which time many of the people who were his biggest fans would have either been dead or retired.”

“It was dark and twisted and complex and not entirely clear to me at the time. I just knew it made me feel alive. It rings so much more true and so much more clearly today. I now understand it was his way of saying good-bye. What a lovely gift to us all.”

Graves said the artistic/theater community in New York was shaken by Bowie’s passing.

“He made it OK to let the freak flags fly high. And for a community full of spirited weirdos (I mean that in the most positive way — we’d rather be weird than normal), I think this was an extraordinary door to swing open.”

So who else in the music entertainment galaxy will deserve to be in the same pantheon as Bowie when their time comes? Here’s what Khouja said:

“I personally believe that when either Mick Jagger or Keith Richards (unless my theory is real and Keith Richards is actually some kind of vampire) kicks the bucket, or even Madonna, they will get the same kind of homage.”

Jagger, Richards and Madonna were also on Craver’s list of the Top Five, which included Paul McCartney and Bruce Springsteen.

Maria Isabel dos Santos Veiga of Brazil singled out U2, “because they’re particularly politically engaged…. They have something more to tell in their songs.”

Of course this debate, like any discussion of the greatest guitar soloists, football players or politicians of all time, is inconclusive — until the time comes.

“We just don’t have big rock groups the way we used to.”

Still, who among the pop musicians who have emerged during the millennial generation’s life span might one day claim a lofty perch beside Bowie, McCartney or Dylan? Here’s Khouja:

“I believe that Morrissey’s death might provoke a big wave of homage. The Smiths may be less mainstream than the Stones or Bowie, but their influence and popularity keep growing every year, so you never know.”

Craver, acknowledging up front that he no doubt had missed someone important and obvious, put together a list:

“What’s notable is how absent rock is from the list. We just don’t have big rock groups the way we used to –– the big stars are in hip-hop/pop,” Craver said.

I have to give the last word to News-Decoder correspondent Alan Wheatley, who, while not a millennial, was the one to suggest this topic and who has listened to a lot of music over the years.

“Dylan will eclipse everyone. Then Mick Jagger (Keith will get overlooked). Paul McCartney, even though he’s inferior to Lennon. I reckon Springsteen is that proverbial U.S. icon.”

“If there’s justice in the world, Van the Man will get the same coverage. Ditto Brian Wilson.”