In a shift from the Trump administration, Joe Biden and Kamala Harris will not tolerate white supremacy, two experts tell a News Decoder webinar. 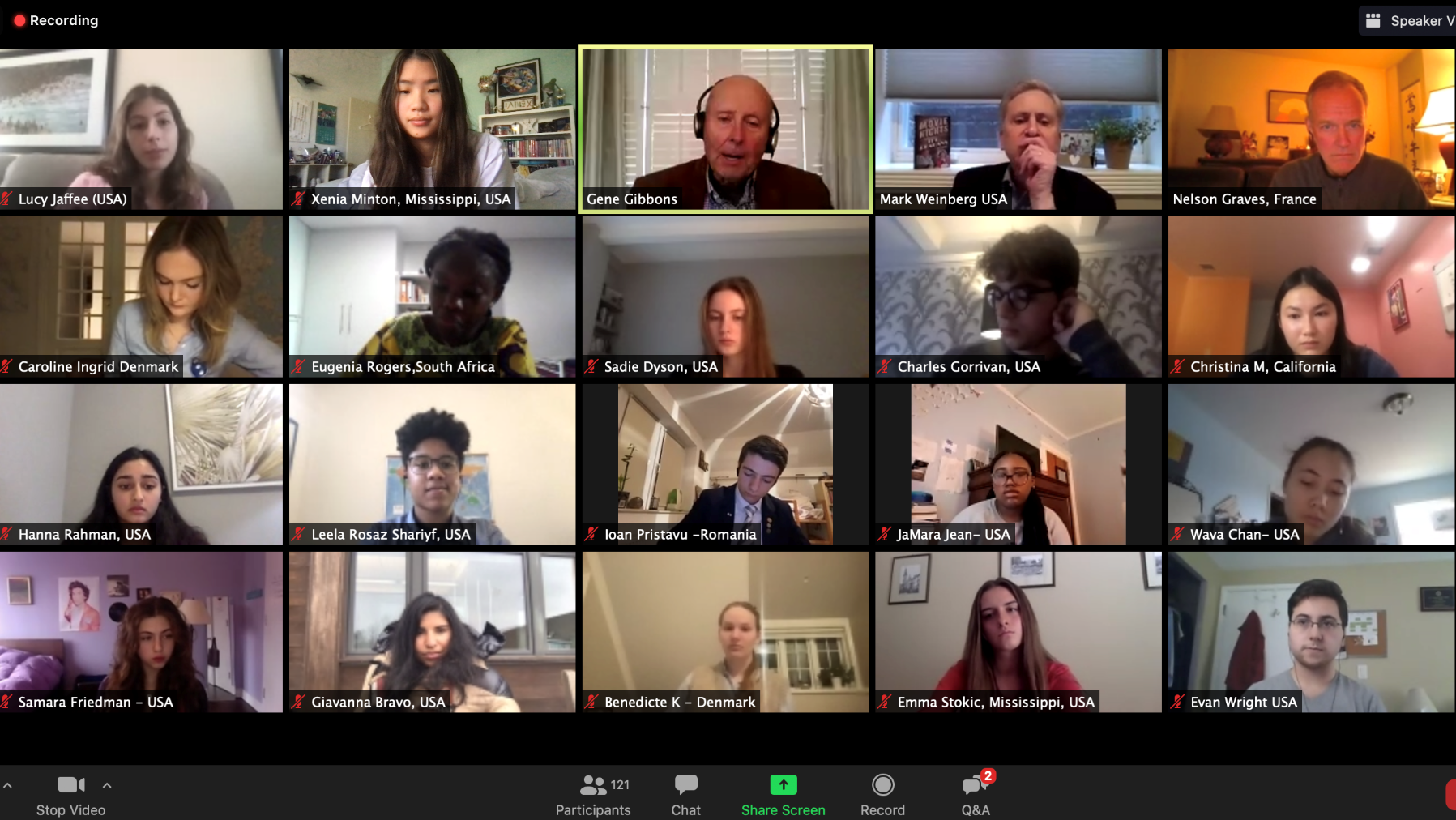 Joe Biden and Kamala Harris will strive to restore respect for racial and ethnic diversity in the United States and not tolerate white supremacy after they assume power as president and vice president this week, two guest experts with deep experience in Washington politics told a News Decoder webinar on the U.S. presidency.

Gene Gibbons, who covered six presidents as a White House correspondent, and Mark Weinberg, a spokesman for former President Ronald Reagan, spoke with students from News Decoder’s partner schools on January 15 at a virtual round table on “The U.S. Presidency — Past and Future.”

The hour-long, exclusive event, broadcast to News Decoder’s 19 partner schools in 14 countries, was the latest in the educational news service’s series of webinars on topics of global import. It featured 19 students on camera who exchanged views with Gibbons and Weinberg, who together worked for decades in the U.S. capital.

Eugenia Rogers, a student at the African Leadership Academy in South Africa, asked what impact Harris, as the first Black and first South Asian vice president, will have on race relations.

“That’s going to be very important, to have a person of color at the very highest level of government, representing the hopes and aspirations of people of color,” said Gibbons, who recently published a memoir, “Breaking News: A Life in Journalism,” that offers an inside look at modern American history and portraits of presidents, a queen and a pope.

Leela Rosaz Shariyf, a student at Miss Porter’s School in the United States, spoke of the excitement among her Black schoolmates when Biden announced that Harris was his running mate. “This is an exciting moment for us, having someone to look up to for any political ambitions we have or even non-political ones, just knowing that we have that representation at the very highest office in the country,” she said.

Gibbons said: “Kamala Harris’s election and the position she’s going to hold shows that for the majority of the American people, we don’t have that feeling that this is a white country that should be preserved for white people. This is a pluralistic country, where we celebrate having incredible diversity. That signal is important to send.”

Evan Wright, a Student Ambassador for News Decoder at Indiana University, asked how the United States could question the democratic credentials of autocratic regimes around the world while white supremacists were calling into question the legitimacy of Biden’s election.

“We are always going to have white supremacists, but we don’t have to have a president who gives them daylight, who legitimizes them and who looks the other way,” Weinberg said. “I think it’s very important that President Biden set a tone of intolerance of that.”

“I think Joe Biden and Kamala Harris will not tolerate, they will not sanction, they will not wink at what has gone on for the past four years, which is a surge in hate speech, in hate thought and in hate action,” the former White House correspondent for Reuters and United Press International said.

Asked if it was a problem that outgoing President Donald Trump would break with tradition and not attend Biden’s inauguration, Weinberg said it was “unfortunate” but would not make a difference in the long run.

Gibbons noted that former Presidents Bill Clinton, George W. Bush and Barack Obama, representing different political parties, would attend the ceremony, ensuring in his view that Trump would eventually be “an asterisk in American history.”

Still, Gibbons said he feared Trump’s absence and his refusal to concede defeat to Biden could have political consequences. “Seventy-five million Americans voted for Donald Trump. A large percentage believe the lie he has spread, that it was a stolen election. The fact that he perpetuates that lie will hurt the country, at least a short time.”

Charles Gorrivan of Friends Seminary school in New York asked the experts to assess the damage from the spread of misinformation under the Trump administration.

Gibbons said it was a national security problem as efforts to undermine American democracy ultimately play into the hands of foreign adversaries.

The press is not the enemy of the people.

The antidote to lies, Weinberg said, is the truth. “I expect the Biden administration will be honest, and if he does tell the truth, it will have a tremendously positive effect very quickly.”

Weinberg, who was special advisor and press secretary to the 40th U.S. president, has written a memoir, “Movie Nights with the Reagans,” that describes the weekly screening of movies at the Camp David presidential retreat during the California Republican’s eight years as president.

Gibbons, who covered Presidents Nixon, Ford, Carter, Reagan, Bush Senior and Clinton, acknowledged that the media had played a role in polarizing the U.S. electorate by at times perpetrating false equivalencies. “The media has too often fallen into the trap of trying to reflect the position of both sides when one side is not true, particularly in this past administration,” he said.

Weinberg said one of the most damaging legacies of the outgoing administration was its depicting the mainstream press as fake news. “Take with a huge grain of salt the Trump adminstration’s suggestion that the press is the enemy of the people. Because that, they are not,” he said.

Gibbons urged the students to study history. “Really try to get a grasp of what has transpired because it’s often a predictor of the future,” he said, quoting writer and philosopher George Santayana, who wrote, “Those who cannot remember the past are condemned to repeat it.”