It’s but a 20-minute stop on the Trans-Siberian Railroad. The airport and feed mill are deserted. But Barabinsk is my hometown and always will be. 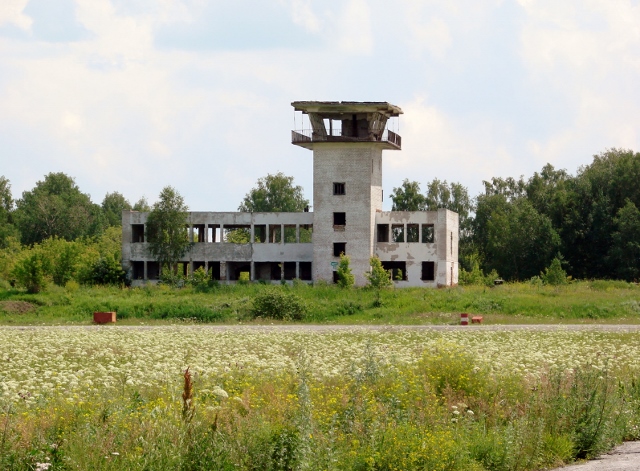 “A small town in the center of Siberia”. That’s the answer I give when someone asks me where my hometown, Barabinsk, is located.

It has only a small train station, a 20-minute stop on a long trip across Siberia. But there are many interesting things about this town that have made it popular, even as far away as Germany.

Barabinsk was founded in 1893, a stop along the Trans-Siberian Railway as it was being built. There is another old town only five kilometers away, but the merchants there opposed the building of the railway. “This thing will destroy our business,” they said.

That’s why a new stop appeared 3,043 kilometers from Moscow, and my hometown was born. Today it is home to 28,000 people.

The railroad still plays an important role in the town.

In 2008, four local train engineers were chosen to test new engines. They went to Moscow, made some test runs and then came back with these machines. Today, you can see our huge red and white engines at railway stations throughout Russia.

Like many things in Russia, there is no agreed explanation for how Barabinsk got its name. Several versions of the story exist. Some say it came from the lowland with the same name. Another version says Brarabinsk came from a vanished river near my town.

Still another has the town named after a small bird. Although nobody has ever heard of such a bird.

Several famous people were born in our town including a singer from the popular singing group Reflex, the mathematician Georgi Nasarov and the film-maker Valery Rodin. They may not be very famous around the world or even in Russia, but they remain celebrities in my town.

The economic history of my hometown is like that of Russia. After the railroad was built, the Tsar issued an order to stimulate the local economy and industry, and Barabinsk started to produce butter. The quality of Barabinsk butter was so high that it became famous and was even exported to Germany. In exchange for butter, Germany sold sewing-machines. Unfortunately, in 1917 the Russian Revolution put an end to all this trade.

Eventually things improved during the Soviet era when a large feed-mill and clothing factory appeared. Most surprising was the building of Barabinsk Airport.

These enterprises were active and even earned a profit. But all that ended with perestroika, ex-Soviet leader Mikhail Gorbachev’s policy of restructuring the Soviet political and economic systems.

Today, the feed-mill is closed and overrun by pigeons. The building where the clothing factory was located was sold to large supermarkets. The blanched airport building stands out amidst the fields, and the landing strip is used by young people to organize drag races.

Interestingly, we have an outrageous number of supermarkets. Eight shops selling the same products are on the main street. Even the prices are the same.

I have lived in Barabinsk for 18 years, and my parents continue to live here, too. Even though it is small, has bad roads and many other negative features, it is my hometown and I never forget it.

Still, none of my friends live here anymore. They have decided to live and study in the big cities. The town’s population has fallen by more than a fifth since 1989.

I don’t know what the future holds for Barabinsk, but it looks as though our Siberian town faces a desperate lack of young people and therefore young, innovative minds.

Daria Kuznetsova is 23-year-old student of Linguistics at Novosibirsk State University in Russia. She is passionate about languages and singing. She enjoys singing songs in different languages and hopes to align her interests with her work.