The execution of a Muslim cleric has inflamed an ancient sectarian rift dividing two Mideast powers — Saudi Arabia and Iran. 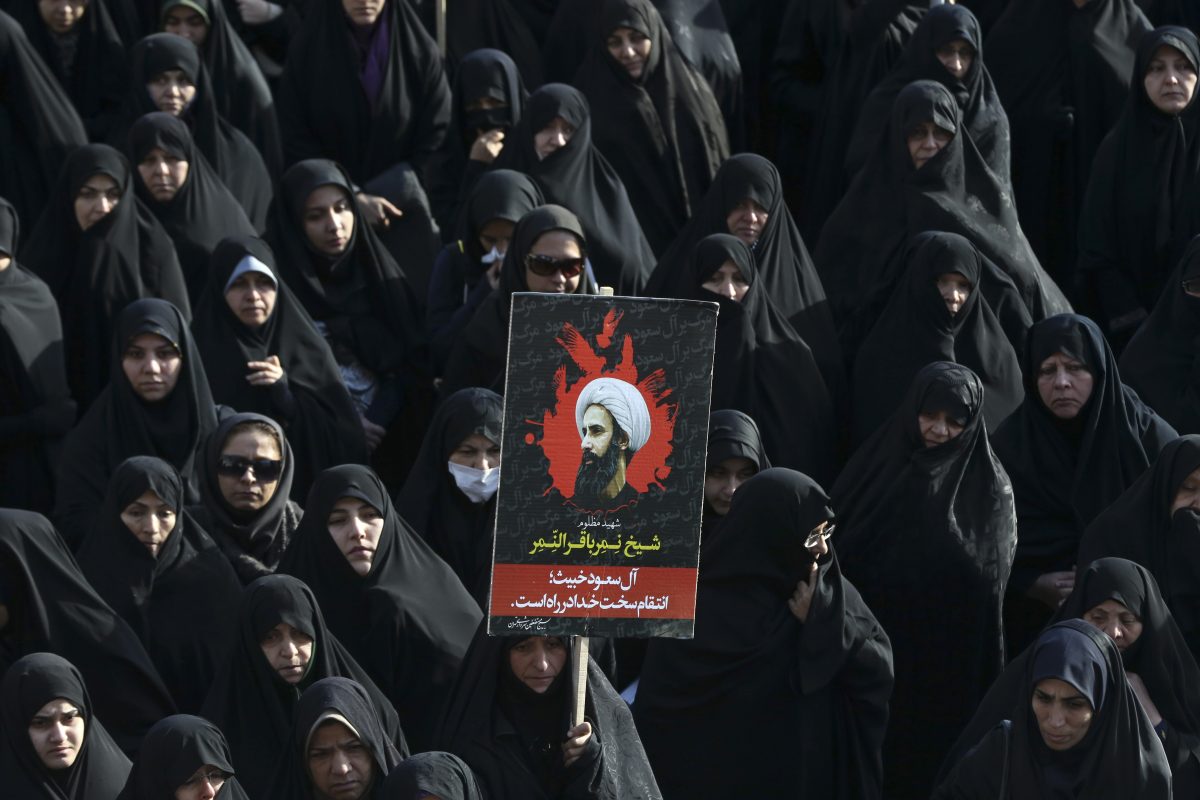 In the Muslim world, the New Year started with a disaster. The gravest crisis for decades in relations between Saudi Arabia and Iran erupted when the Saudis executed 47 people convicted of terrorism. The row initially focused on one man, Shi’ite cleric Nimr al-Nimr.

Arrested in 2012 and charged with disobedience, illegal possession of firearms and sedition, al-Nimr was a political and religious spokesman for Shi’ites, who make up 10-15 percent of Saudi Muslims. A Saudi national, he was a key figure in the politics of his own country and also for Iran, where Shi’ites are the ruling majority.

Al-Nimr’s execution quickly escalated into much more than a domestic Saudi affair and, like so much else in the region, fanned longstanding sectarian tensions between the Sunni and Shi’ite communities.

Separation of the Muslim world into Sunni and Shiite congregations stems from the struggle for influence between families and tribes following the prophet Muhammad’s death in the 7th century.

The split has caused wars throughout Muslim history. It has been intensified by today’s complicated political situation in the Middle East.

For many Muslims, historical events define their everyday lives.

The Shi’ite community in Saudi Arabia is concentrated in the oil-rich Gulf coast regions. It has been unhappy since King al-Saud, the founder of the dynasty, united the country in 1932 and imposed the Sunni vision of Islam.

To outsiders, the differences between the two wings of Islam might seem formal, but for many Muslims, the historical events of the 7th century define their everyday lives. Centuries of bloodshed have allowed religious leaders on either side to accuse other believers of distorting the teachings of the prophet and to depict them as worse than infidels.

Human Rights Watch reports that Shi’ites in Sunni-dominated countries in the Middle East face systematic discrimination in religion, education, justice and employment. Their faith is denounced in public, and some names that are sacred to Shi’ites are forbidden.

Shi’ism is not just a religious movement, and sectarian tensions occasionally lead to political resistance. During the Arab Spring in 2011, Shi’ites were the leading force of anti-government demonstrations in major Saudi cities.

The Shi’ite majority also rose up against Saudi-backed rulers in neighboring Bahrain. The Saudi government reacted by sending troops to Bahrain and by cracking down on political activists at home. Al-Nimr was arrested.

Could al-Nimr become a symbol for more radical resistance?

Indeed, the success of the Islamic revolution in Iran in 1979 and the creation of a theocratic state led by Shi’ite clerics pose a great danger for the Sunni states of the region.

Recently leaked documents show how the ruling Saudi dynasty sees Iran as a bigger threat than Israel. Iran, in turn, sees Saudi Arabia as a puppet of the West and an obstacle to world domination by Islam.

Each regime accuses the other of trying to overthrow it, and there is probably some truth in that. While it is hard to prove support for radical opposition groups, each country has legal representatives in the other, besides embassies that were closed in the latest crisis. Because religion and politics are so closely entwined in Islam, clerics are the best opinion leaders.

Al-Nimr was one of them and the most influential in his country. His execution has a meaning going far beyond formal accusations. It was a signal that Saudi Arabia will not tolerate further intervention by Iran and that challenges to the authority of the Sunni establishment will be firmly suppressed.

Could it backfire? The cult of martyrs is crucially important in Shi’ism, which started with the death of Ali, the prophet’s son-in-law, and of Ali’s son, Hussein. Shi’ites consider them to be the rightful successors to Muhammad and martyrs of the true Islam.

Executing someone as influential as al-Nimr could make him a symbol for more radical resistance among Saudi and Bahraini Shi’ites.