An end to Iran’s unwanted exceptionalism

The geopolitical logic in support of the Iran arms deal is certainly compelling, but we must look elsewhere to unravel the central mystery of the proceedings.

Just why did it take so many years of talks, missed deadlines and grueling “all-nighters” by the negotiating teams to secure an agreement?

The actual deal — curtailment of Iran’s nuclear program in exchange for an end to economic sanctions — is not where the answer lies.

Rather, it is in the implied recognition by Western powers, chiefly the United States, that the Islamic Republic of Iran is a nation like any other and not a member of former U.S. President George W. Bush’s “axis of evil.”

In recent years Iran has played a central role across the Middle East and even partnered with the United States and its allies against mutual threats such as the Taliban in Afghanistan, elements of al Qaida and armed Sunni forces in Iraq and Syria, including Islamic State, or Daesh.

Yet such cooperation has never garnered Tehran the diplomatic respect or geopolitical recognition it feels it deserves.

Nor did it displace the profound isolation from the world community that set in after the Islamic Revolution of 1979, an isolation enforced by the West in the hope that Iran’s religious regime would collapse under its own weight.

Now all that has changed.

In the first place, the arms accord marks a breakthrough in the fraught world of nuclear nonproliferation, where successes have been rare.

By agreeing to a peaceful resolution on the nuclear issue, Iran has secured a place at the epicenter of diplomatic success.

The accord has notably shut down, at least for now, talk of military attack as the only way to end Tehran’s suspected nuclear arms program.

Critics in Israel and Washington accuse the Obama Administration of naïveté and say the agreement will strengthen a mortal enemy of the Jewish state.

But they are not likely to win the day in the U.S. Congress or among the five nations who joined the United States and Iran at the negotiating table — Britain, China, France, Germany and Russia.

Second, the agreement opens the way to the Islamic Republic’s emergence on the world stage as a legitimate player. Critics can no longer dismiss Iran’s recognized national interests as narrow ideological goals or revolutionary rhetoric.

As the drama of the arms talks unfolded in Vienna and Geneva, the world was treated to images of Iranian negotiators playing the modern diplomatic game: briefing reporters, staging photo-ops on hotel balconies, bargaining through the media and even Tweeting the latest updates.

The accord paints the first portrait of a world in which Iran is not cast as Middle East pariah.

Only their preference for round-collar shirts without ties distinguished them from their foreign counterparts.

These increasingly confident diplomats say Iran has proved that cooperation and consultation, rather than sabre rattling or proxy wars, pay real dividends at lesser cost than armed confrontation.

This should pave the way to future coordination on a host of regional issues that equally alarm Washington and Tehran, most notably the rise of Daesh in Iraq and Syria — areas where Iran has real influence.

In strict terms, the Joint Comprehensive Plan of Action agreed this week narrowly limits Iran’s nuclear program and opens its facilities to UN inspections in exchange for sanctions relief.

Its real import, however, goes well beyond those bullet points and the extensive fine print meant to implement them.

To the vast majority of the world’s inhabitants, those born less than 45 years ago, the arms deal paints the first portrait of a world in which Iran is not reflexively cast as Middle East pariah.

It can now be seen as a part of the solution, rather than as a central cause, to the region’s extensive problems. That, too, is a considerable achievement.

(Click here for a 2020 update from Business Insider on the latest on the Iran nuclear deal.) 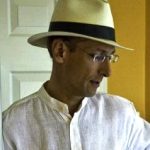