The Amazon — the “lungs” of our planet — is burning. What to do? Punish Brazil with sanctions? Eat less meat? Or send in forces? 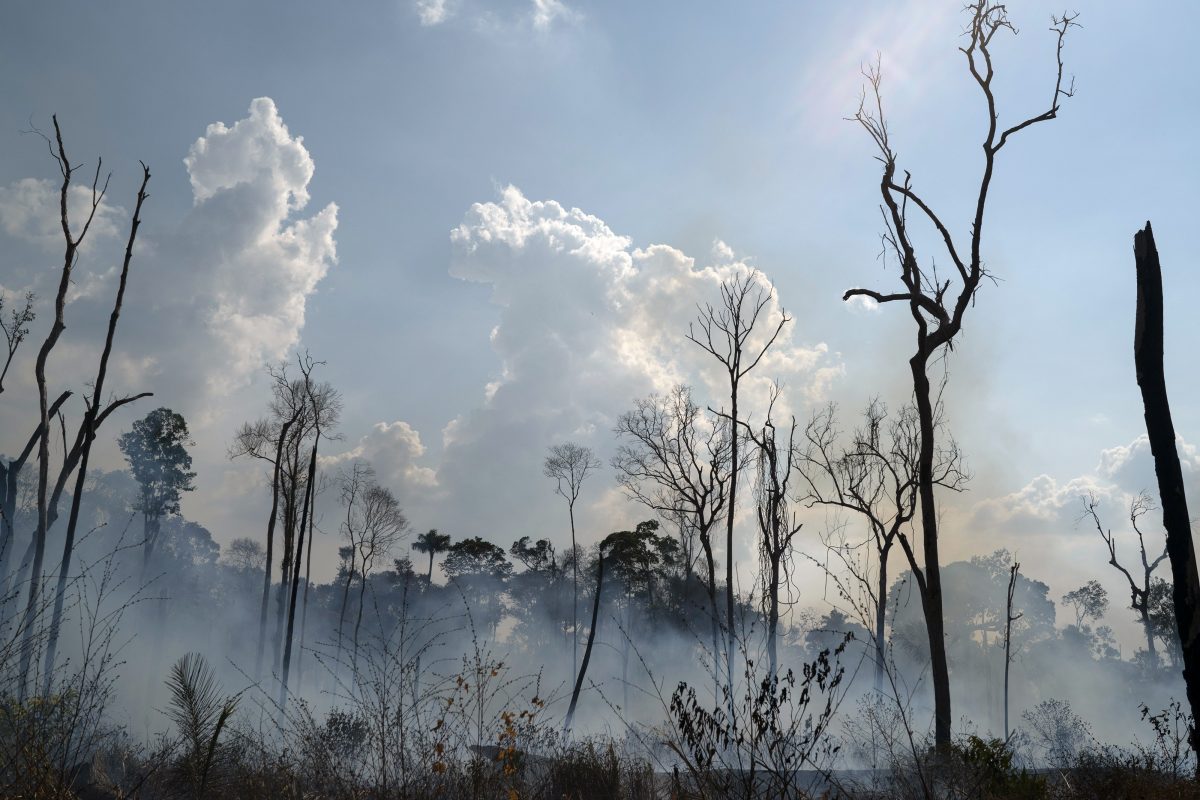 Here are three statements, three decades apart, that help understand why the Amazon rain forest is a contentious subject for Brazil and the world.

“Contrary to what Brazilians think, the Amazon is not their property. It belongs to all of us.” (1989)

“Our house is burning. Literally. The Amazon rain forest — the lungs which produce 20% of our planet’s oxygen — is on fire. It is an international crisis.” (2019)

The first assertion is attributed to Al Gore, then a U.S. senator who became U.S. Vice President under President Bill Clinton and later a prominent environmentalist who shared the 2007 Nobel peace prize with the Intergovernmental Panel on Climate Change, a United Nations body founded in 1988.1

The second was tweeted by French President Emmanuel Macron on August 22, three weeks into wildfires in the Amazon so devastating that smoke and soot traveled 2,000 miles across Brazil and plunged Sao Paulo, South America’s largest city, into an eerie darkness in mid-afternoon.

The third is from Jair Bolsonaro, Brazil’s right-wing president, who has been the target of fierce criticism from political leaders in Europe and environmentalists for encouraging deforestation in the name of economic development.

The lungs of the planet

Since Bolsonaro took office in January, the Amazon’s tree cover has shrunk by more than 4,300 square kilometers, according to satellite data.

References to the Amazon as property of the world or “our house” do not go down well with Brazilians. They conflict with the principle of sovereignty under which national governments are free to do as they please within their own borders. The concept dates back to the 1648 Treaty of Westphalia that ended Europe’s Thirty Years’ War.

Most of the fires that have alarmed environmentalists have been set by illegal loggers and farmers clearing land for cattle-grazing and the cultivation of soya. But the Brazilian president has begun talking darkly about foreign non-governmental organizations and Brazilian opponents torching the forests to blacken Bolsonaros’s and Brazil’s image abroad.

Attention is focused on Brazil because some 60% of the Amazon lies within its borders. Overall, the rain forest covers 2.1 million square miles and stretches to Colombia, Peru, Bolivia, Guyana, Suriname and Venezuela, where illegal gold miners are fouling rivers with mercury.

Climate scientists fear that continuing destruction of the Amazon will push it to a tipping point. If 20-25% of the tree cover were hacked down, the rain forest’s capacity to suck in carbon dioxide would collapse. The lungs of the planet would cease to function, with catastrophic consequences.

How can that be prevented?

A salutary side effect

One way is economic pressure to dissuade Bolsonaro from policies that are redirecting resources away from projects protecting the forests and towards cattle farmers. After such policies were announced, Germany and Norway froze $72 million in aid that had been meant for preservation.

Is ‘global warming’ the same as ‘climate change’?

In news reports and expert analyses, the terms “global warming” and “climate change” are often used interchangeably. But do they refer to the same thing? (more)

European alarm over damage to the planet’s lungs — sucking in carbon dioxide and releasing oxygen — was brought into sharp focus by the Economist magazine in August. Its cover showed an arid field littered by tree stumps and the headline “Deathwatch for the Amazon.”

The devastating fires and the alarm bells they have rung around the world have had a salutary side effect: They highlight how much the fate of the Amazon is intertwined with the fate of the world, global warming and climate change.

That topic was added to the agenda of a summit of the Group of Seven rich countries on August 25. The group agreed on a $20 million aid package to fight the fires.

But that was more a gesture of goodwill than a contribution that could make much of a difference, and it revealed a gap between climate change word and deed.

Compare the $22 million set aside by the G7 to the $945 million raised within days for the restoration of Notre-Dame cathedral in Paris after it was ravaged by a fire in April.

U.S. President Donald Trump, perhaps the world’s most prominent denier of climate change, did not take part in the G7 climate session. He startled scientists — and the Chinese — with an assertion in 2012 that “the concept of global warming was created by and for the Chinese in order to make U.S. manufacturing non-competitive.”

Climate skepticism followed him to the presidency, and he then withdrew the United States from the 2015 Paris agreement on climate change that was signed by 196 countries that pledged voluntary efforts to limit rising temperatures.

Last November, 13 U.S. federal agencies and more than 300 climate scientists produced a 1,600-page report that warned of the potentially catastrophic impact of climate change resulting from global warming unless it is slowed down.

Trump’s reaction: “I don’t believe it.”

The United States is the world’s second-biggest emitter, after China, of greenhouse gases. The most widely dispersed are carbon dioxide and methane, which trap heat just like the roof of a greenhouse. Most carbon dioxide comes from burning fossil fuels, spewed out from power plants and car exhausts. Most methane comes from cattle — in other words, cow farts and belches.

A right to intervene?

One way of reducing temperature rises, a recent U.N. report suggested, would be for people around the world to eat less meat. That would reduce methane emissions as well as much of the deforestation and tree burning carried out by cattle farmers in the Amazon to create grazing space for their cows.

A change in dietary habits seems improbable in meat-loving countries, but there appears to be growing appetite for plant-based fake meat. More than 40,000 restaurants and supermarkets in the United States, Hong Kong and Singapore are offering faux burgers made to taste like the real thing.

If changes in consumption and economic pressure fail to stop environmental degradation, there is a radical scenario rarely discussed in climate change debates.

“Do states have the right — or even the obligation — to intervene in a foreign country in order to prevent it from causing irreversible and possibly catastrophic harm to the environment?” Harvard political scientist Stephen Walt recently asked.

1. A spokesman for Gore recently denied the ex-vice president ever said that, but the quote has been recycled for decades in serious publications around the world without any objection from Gore. And the sentiment behind the quote is widely shared outside of Brazil.↩