Unsettling as it was to be compared with Hitler’s spin doctor, it was a reminder of the intense scrutiny to which reporting on Israel-Palestine is subjected. 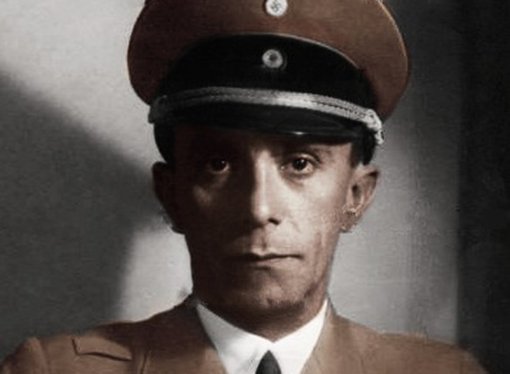 That headline, above mug shots of the two of us, kicked off an article in 2010 on a website dedicated to exposing alleged anti-Israel bias in Reuter’s reporting on the Middle East.

I had suggested Israeli Prime Minister Benjamin Netanyahu and Iranian President Mahmoud Ahmadinejad were politically useful to each other. This “foul piece of moral equivalency” confirmed me as a “hard-core propagandist”.

Unsettling as it was to be compared with Hitler’s spin doctor, it was a reminder of the intense scrutiny to which reporting on Israel-Palestine is subjected. Other Middle Eastern disputes arouse passions, but those involving, say, Kurds, Cypriots or Sudanese rarely attract the international lobbying efforts deployed in the struggle between Israel and the Palestinians.

The latest Gaza war has heated up a battle for public opinion, now amplified by social media that enable appalling images from street level to go instantly around the world. Those images are often contentious. Netanyahu accused Palestinians of wanting to “pile up as many civilian dead as they can”, telling CNN: “They use telegenically dead Palestinians for their cause.”

Some correspondents or their employers do not hide their allegiances. Others have opportunities to voice opinions in commentaries segregated from news. But many are instructed to leave their views out, air those of all sides and aspire to objectivity – without turning every story into a deadening litany of unresolved contradictions.

How do you stay impartial in the face of such cruelties?

Correspondents are supposed to leave their emotions at the door. But they do intrude. Once in the late 1990s I had to abandon interviews in an Iraqi cancer ward where children were dying for lack of medication. I wept along with the doctors and relatives – the children’s suffering was palpable, whether it was caused by U.N. sanctions, as Baghdad claimed, or the wasted little bodies were props in a macabre performance staged by Saddam Hussein’s media men, as Washington would have it.

It was refugees’ individual tales – of the beloved brother killed back home, the sick children, the life savings drained away in a foreign land – that touched my heart. Despite having lost everything, they invariably offered tea or other hospitality in an assertion of dignity. Sometimes it was anger not sadness that surged in me – at those who had planted the mines, or ordered the air strikes, or arranged the kidnappings, torture and killings.

How do you stay impartial in the face of such cruelties? How do you cling to objectivity when your own colleagues fall victim to fire-power used at best recklessly – such as those killed or wounded by U.S. forces in Iraq after the 2003 invasion?

There are no easy answers. For me it starts with conscientious and clearly sourced reporting; a thorough grasp of the background and history to put the story in context, and a skeptical eye on whatever line interested parties are pushing. A quest for balance can risk distortions of its own, with stories that give disproportionate weight to politically spun comments. All sides must get their say, but dubious assertions should not go unchallenged. Basic reporting and common sense serve as a counterweight to wilder claims such as recent Russian media accounts of how the Malaysian airliner came down.

I found that telling vivid stories about individuals engulfed in conflict helped me channel my own sadness or indignation. For a news reporter, there is no excuse for slipping into pejorative or emotive language. Unvarnished stories speak for themselves.

I doubt I always lived up to these standards during 30 years with Reuters, but they were my aspirations – ones I did not share with Goebbels.

Alistair Lyon worked 30 years for Reuters, mostly covering conflicts as well as political and economic news in the Middle East and beyond. He began his reporting career in Lebanon and headed Reuters bureaus in Jordan, Turkey, Pakistan/Afghanistan and Egypt/Sudan. He also spent five years in London as Middle East diplomatic correspondent and five in Beirut as special correspondent, Middle East.