It’s been 60 years since Algeria won freedom. The nation’s former ruler, France, is still struggling with its colonial legacy, national identity and values. 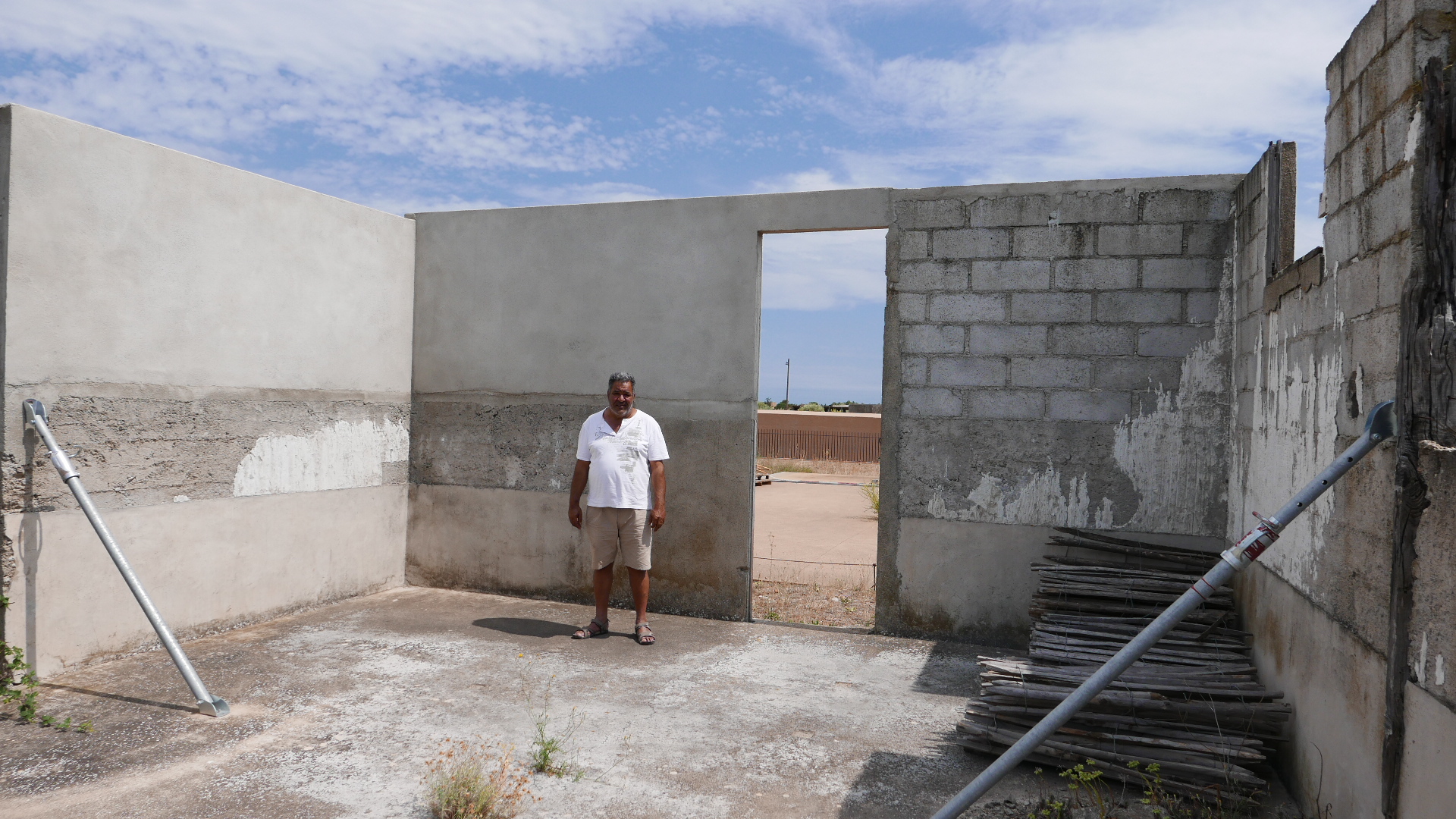 Abdelkrim Sid, son of a “harki” who fought for France in Algeria, stands in a derelict hut in the former military camp of Rivesaltes near Perpignan in southern France, 6 July 2021. (Photo by Birgit Kaspar)

Emmanuel Macron, the first French president born after a ceasefire ended eight years of war on March 19, 1962, has been trying to draw some of the poison from a legacy that plays into his country’s fierce debates over national identity and values.

During his presidential campaign in 2017, Macron told an Algerian interviewer that colonialism was a barbarous “crime against humanity,” earning the wrath of those still proud of 132 years of French rule in a North African land that came to be administered as an integral part of France.

France once possessed the world’s second largest colonial empire stretching from the Caribbean to the Pacific, but it had a special relationship with Algeria, annexing it fully in 1848 and prompting many Europeans to settle there.

The undeclared front-runner for re-election this year, Macron has staged a series of symbolic gestures towards Algeria and those in France who suffered wrongs at the hands of the state during and after the war, offering recognition, remorse and, for some, additional compensation.

In France, ex-soldiers, conscripts and Algerians who fought on their side, repatriated colonists called “pieds-noirs” and Algerian immigrants all have their deeply-felt, painful and often-conflicting narratives. These groups are far from homogeneous, but many feel France somehow betrayed them, along with its own ideals.

‘Yes, we were criminals in Algeria.’

Take Gérard Kihn, who joined the army at 18 to see the world. “Black Africa would have been more mysterious, but they sent me to Algeria, no discussion,” he said.

Algiers, at first sight, was not so bad. “A European city with beautiful sun-tanned women. I liked that,” said the white-haired 83-year-old with a smile, at his home near Toulouse.

Reality soon struck on his first military sortie beyond Algiers. “We busted into homes at 6 am to seize all the men from 15 to 65, with the women and children crying. I was stunned.”

The captives were taken to a centre where masked Algerian informers picked out suspected rebels. “Those were detained, interrogated, with a lot of violence. The rest were released.”

Worse followed. Kihn was on guard duty when he first saw a suspect being tortured with electricity from a hand-cranked generator. “It was unbearable. The man was yelling, jerking around. I had tears in my eyes,” he said, his eyes filling again as he re-lived the moment.

When he was discharged, no one in his village wanted to hear his war stories, so for decades he clammed up. But memories, nightmares and panic attacks kept tormenting him. When he was 70, a film-maker cajoled him into an interview. He later wrote a book and found a measure of relief.

Kihn, disgusted by his experiences, would not touch his military pension. Instead, he and some other former soldiers send the money to local NGOs in Algeria.

“What we need is recognition of the truth,” he said. “Yes, we were criminals in Algeria.”

France has tried to turn the page, but the past will not die.

It took France until 1999 to recognise formally that its struggle in Algeria had been a “war,” even though it had mobilised up to two million conscripts for “operations to restore order” against the independence-seeking fighters of the Front de Libération Nationale (FLN).

The French campaign led to widespread torture, the forced displacement of two million civilians to cut the FLN from its rural base and countless summary executions and “disappearances.”

The FLN was ruthless, too, terrorising French and Algerian civilians and eliminating its political rivals and eventually factions within its own ranks.

The conflict, which brought violence to both sides of the Mediterranean, exposed deep divisions within France, toppled the country’s Fourth Republic and raised the spectre of civil war.

After President Charles de Gaulle set Algeria on course for independence with a 1961 referendum, some French die-hards formed the Organisation de l’Armée Secrète (OAS), an armed group that mounted bomb attacks and assassinations, including at least one attempt to kill the French leader.

OAS members eventually benefited from sweeping post-war amnesties. France sought to draw a veil and forget, but the past refused to die.

Keeping the past alive

Suzy Simon-Nicaise, 67, who heads one of the main associations of pieds-noirs, is determined to preserve a particular vision of the lost world of French Algeria, its culture, history and lifestyle.

In her memory, it was a cosmopolitan place where Europeans mixed freely with Muslims based on mutual respect, where the French colonists had promoted development from the ground up.

France, she concedes, may have committed some “not very glorious” deeds early on in its conquest of Algeria. “But Algeria did some things that were just as unbearable, if not more so,” she said.

At a memorial event in Perpignan, Simon-Nicaise, wearing a dress as bright as her red hair, recounted a massacre of pieds-noirs in the mainly European city of Oran on July 5, 1962, the day Algeria became independent.

She said 700 to 1,200 people were killed that day while French troops, in their barracks since the ceasefire in March, stood by with orders not to intervene. An exact toll has never been established. Macron, in his address to the pieds-noirs this year, said “hundreds” had died.

Simon-Nicaise’s family had planned to stay on after independence, but an Algerian friend working with her father warned them to leave urgently, advice driven home by a French official who told her father that his name was on an FLN death-list. The family raced to the port with four suitcases.

Around 800,000 pieds-noirs, the vast majority of the Europeans living in Algeria, also voted with their feet, believing their only choice was “la valise ou le cercueil (the suitcase or the coffin).”

The French government had not anticipated such an exodus, and the flood of new arrivals met a chaotic and chilly reception.

“We were treated worse than foreigners,” Simon-Nicaise said, recalling how she, then five, and her family were put up in a holiday village. “My family was crying, and everyone else was dancing the twist.”

Later, her family had to share a cramped, squalid apartment with another family in Le Havre. Simon-Nicaise went to school there, where she heard a classmate declare: “Don’t talk to her. She’s a dirty pied-noir.”

If the pieds-noirs were mostly unwelcome in France, the harkis — Algerians who had served with the French military — were doubly so. De Gaulle had rejected any idea of taking them in, effectively abandoning tens of thousands of men and their families to FLN vengeance.

Nevertheless, up to 90,000 harkis made it to France, many helped by their French commanders. They were consigned to grim army camps behind barbed wire, most of them for many years.

“There were no toilets, one washbasin for 10 families,” said Abdelkrim Sid, who was six on arrival and spent the next 15 years with his sprawling family in isolated camps.

His father, like many other harkis, was later put to work in forestry settlements on the minimum wage but never fully integrated into the wider economy.

“My father was a spahi (cavalryman). He really believed in France,” said Sid at the bleak Rivesaltes camp near Perpignan.

In Rivesaltes, a museum now commemorates successive waves of inmates dumped there from 1939 onwards, among them refugees from the Spanish civil war, Gypsies and Jews interned by the wartime Vichy régime, German prisoners of war and then harkis.

Sid, a burly retired truck-driver, says he can’t forget how shamefully the harkis were treated in the camps, which he likened to pens for animals.  “It was as if we had the plague.”

The war deeply marked the Algerian diaspora, swelled by migration that also drew in Moroccans and Tunisians whose labour was in demand as the French economy revived after World War Two.

North Africans today make up the bulk of France’s estimated 5-6 million Muslim citizens, roughly 8% of its total population, the biggest ratio in any European country.

France, which prides itself on its principle of laicité, which makes the secular state neutral towards religion, has found it difficult to come to terms with its Muslim minority. The complex relationship is made no easier by mutual mistrust that has lingered since the colonial venture in Algeria.

Magyd Cherfi has tried hard to integrate in his native France, with outward success as a musician and songwriter, a devotee of French literature and an author in his own right.

Yet as he explained at a café in a mostly Arab quarter of Toulouse, the city where he grew up, he has never felt fully accepted as French. Ironically, he knows that many in the deprived milieu of his childhood resent him as a traitor to his origins.

“It’s as if being French is a mountaintop. You climb and climb, and it’s never far enough,” he said.

“In the street, they ask, ‘Oh, where are you from?’ That means you are not French, because if you are, no one asks that question.”

Cherfi’s father, a building worker, fled to France after four of his brothers were killed fighting in the maquis, or underground, during the Algeria war. “He only told us fragments of what happened then, about bad things the French did to his family, girls raped, cousins killed, imprisoned, tortured.”

So Cherfi grew up with an uneasy sense of difference from his French chums because France had been the enemy in Algeria. Yet when his parents decided to stay in France, when he was about 15, they told him, “You must respect the French. They give us work. They feed us.”

He admires much of what France offers, notably freedom and secularism, but says it fails to honour its own principles when it comes to its non-white citizens.

“That’s the big rip-off of the republic. France is unable to build a narrative that is anything other than exclusively white. We barely exist in French history,” he said.

“So France is still sausages, accordions, traditions, villages, and now, with millions of Muslims here, you feel they cling to this even more. So it’s quick, get out the accordions!” 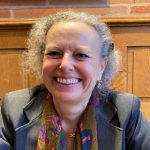