Africa: Time to stand up and not just stand by

As the United Nations and African leaders try to push South Sudan’s civil war protagonists towards peace and Nigeria and its neighbors strive to stamp out Islamist group Boko Haram’s insurgency, the need for Africa to have its own rapid response military force to end conflicts and halt ethnic genocides seems greater than ever.

An African army on one of the world’s most violent continents was a long-cherished dream of the founders of post-colonial Africa.

But more than half a century of rhetoric and countless blueprints have failed to create this defense force.

Time and again, African leaders have watched with embarrassment, tinged with relief, as former colonial powers — such as Britain in Sierra Leone in 2000 and France in Mali and in Central African Republic in 2013 — have sent in troops to prevent chaos.

At the same time, Islamist jihadi groups pose as much of a threat to Africa today as they do to the rest of the world.

The African Union (AU), the continental diplomatic body, is intensifying efforts to create an African Standby Force that it can deploy to any trouble spot to restore order.

This October, at least 5,000 troops from several African countries are expected to muster in South Africa for exercises. Their aim is to forge the core of an AU rapid deployment force to become operational this year and eventually total 25,000.

Skeptics say the plan will remain crippled by lack of funding and equipment and by continental rivalries between powers like South Africa, Nigeria and Egypt.

The more than 20,000-strong UN-backed African Union Mission in Somalia draws troops from six East African nations and has driven Islamist al-Shabaab militants from the capital Mogadishu and other parts of the country.

Al-Shabaab is undefeated however, and can still strike in Mogadishu, Kenya and Uganda.

In the west, Nigeria’s neighbors Chad, Niger, Cameroon and Benin have joined Africa’s top crude oil producer in a joint effort to crush Boko Haram’s insurgency that has ravaged the Nigerian northeast borderlands since 2009. But the coordination needs improving, and Boko Haram fighters continue to kill.

Who will fund, feed, train and equip an African force?

A staggering 90 percent of the UN’s “blue helmet” peacekeepers are deployed in Africa, largely funded by the United States and the European Union. Not surprisingly, Washington and Brussels back the idea of Africa doing its own peacekeeping.

The United States announced last year it planned to spend up to $550 million to help Africa develop peacekeeping forces. France is also willing to train thousands of African troops.

American and French motives are not entirely selfless.

Their governments face voters wary of entanglements overseas, even though quick interventions with light casualties, such as France’s Operation Serval against Islamist jihadists in Mali in 2013, can be momentarily popular.

Success is everything. The ill-fated U.S. “humanitarian” intervention in Somalia in the early 1990s, resulting in the “Black Hawk Down” incident in which 18 U.S. servicemen were killed, cast a pall on American security ops in Africa for years. Washington now prefers drone strikes and training support for African armies.

The African Standby Force is estimated to require at least $1 billion. But who will fund, feed, train and equip it?

Clearly, the West is willing to help.

But many will argue that it is time for resource-rich African heavyweights such as South Africa, Nigeria and Angola to step up to the plate and help fund their own continent’s ability to defend itself.

That way Africa could prevent the scars of violence from tainting the more positive story of a continent attracting investment through improved growth, democracy and security. 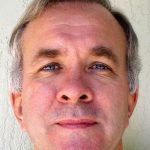