The 1960s were a zeitgeist of anti-establishment values and alternative philosophies, an age of counter-culture, hippies and yippies. I was there. 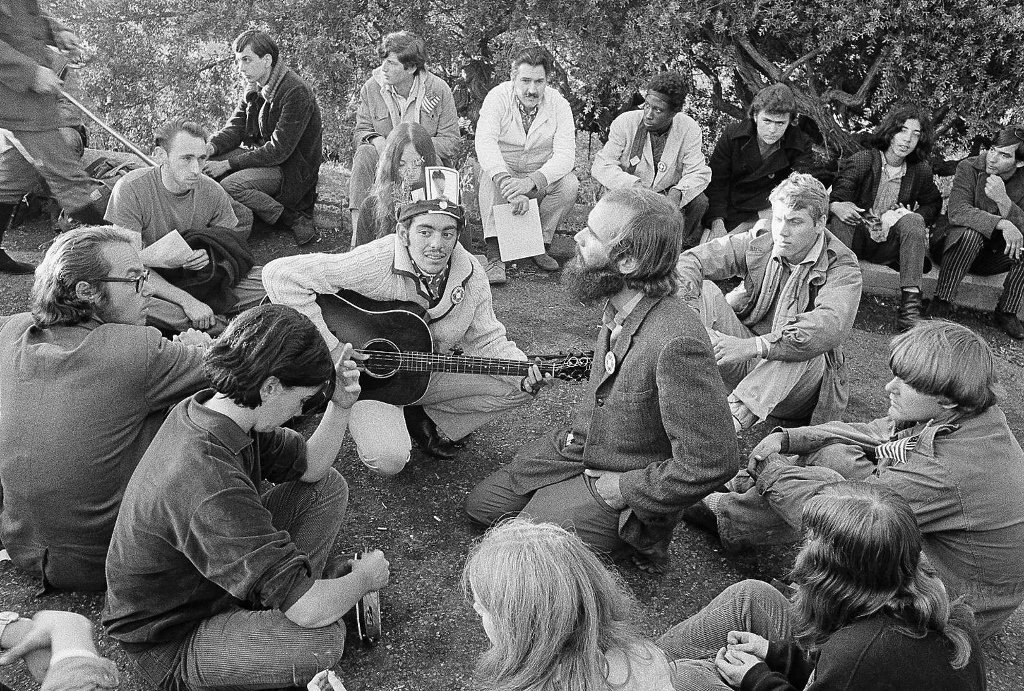 News-Decoder correspondents have covered many of the world’s biggest stories over the past half century. This article is part of a series by our correspondents and guest writers reflecting on the 1960s — a decade of political and social convulsions around the globe — and on the Vietnam War, a Cold War battleground that left an indelible mark on U.S. politics and an entire generation of Americans who came of age in that era. Our hope is that today’s younger generations can learn from their elders’ experiences.

In Britain, the Sixties marked the transition from monochrome gloom to full Technicolor. The British were exhausted and impoverished by the Second World War. Austerity was the order of the day.

More than a time or a place, the Sixties were a zeitgeist of anti-establishment values and alternative philosophies.

It was the dawn of what was called “the permissive society” and became the age of the counter-culture, of hippies and yippies.

The Beatles came along and were embraced as a way to forget the drab, grey days of post-war rationing and shortages. Beatlemania described the intense fan frenzy that accompanied them wherever they went.

In 1963, the first review of the Rolling Stones (styled the Rollin’ Stones) was published. I wrote it after listening to them play at the Crawdaddy Club in Richmond, southwest London. Within weeks, they cut their first record, the Chuck Berry song “Come On”. (Editor’s note – In coming days we will be publishing an account by the author of that 1963 Rolling Stones concert.)

Philip Larkin caught the spirit of the age. 1963 was an Annus Mirabilis, as he wrote later in his poem of that name, when

Sexual intercourse began
In nineteen sixty-three
(which was rather late for me) –
Between the end of the “Chatterley” ban
And the Beatles’ first LP.

I began the decade as a reporter on my hometown newspaper and ended it as a foreign correspondent.

I had joined Reuters in April 1968. Within weeks, my friend and colleague Ronald Laramy was killed along with three other journalists in a Viet Cong ambush in Saigon.

In May 1968, I was outside the American Embassy in Grosvenor Square, covering student protests against the Vietnam War.

We had all come a long way from the days of youthful innocence.

It was the Prague Spring, the Tet Offensive and the My Lai Massacre.

It was anti-war protests in Europe and rioting in Chicago.

Full-frontal nudity was permitted on the stage in a rock musical called “Hair”.

The Beatles were still together, and Elvis was still in the room.

Barry May advises organisations on corporate communications. Previously he was a correspondent and bureau chief for Reuters in London, Johannesburg, Karachi, Rawalpindi, Beirut, New York, Washington, Tehran and Dubai. He is an award-winning corporate communications specialist and had responsibility for Reuters’ publications worldwide including magazines and video. He is the founder, editor and publisher of The Baron, a website for Reuters people, past and present.