Among pro-democracy protesters around the world in 2019, youth and women in Sudan led a movement that ousted a ruthless, 30-year dictatorship.

A Sudanese boy during a protest in Khartoum, Sudan, 18 July 2019 (AP Photo/Mahmoud Hjaj)

Authoritarian-style governments have been on the rise globally for several years now, from Central Europe and Turkey to the Philippines. Yet 2019 saw “people power” uprisings erupt around the world, from Hong Kong and Sudan to Bolivia.

Young people have played a crucial part in these protests, contributing energy, fervor and in some cases their lives.

One pro-democracy movement caught fire a year ago in the gigantic, strategically-located northeastern African nation of Sudan. Plagued by poverty, corruption and inflation, Sudan’s economy has been caught in a downward spiral since oil-rich South Sudan seceded in 2011 following one of the longest civil wars ever.

In December 2018, large-scale protests broke out in Sudan’s dusty, broiling capital city of Khartoum as demonstrators took to the streets to decry soaring prices of bread, fuel and other necessities.

The demonstrations, backed by a medical organization called the Sudanese Professionals Association, were powered largely by young people, including women fed up with rules of shariah, or Islamic law, in effect since 1983.

Observers at some rallies noted that female protesters outnumbered males. “No to Islamicists,” went one popular chant.

Sudanese women can be questioned or flogged by security forces for wearing trousers or short sleeves in public. In a society where women had been pushed out of public life for years, Sudanese activist Alaa Salah drew global media coverage last spring, delivering fiery speeches clad in a classic white toub and traditional jewelry.

‘Prejudice and racism at the hands of Northerners’

Many Sudanese youth who occupied streets for months of civil disobedience were refugees or the children of refugees, members of the nation’s 570 ethnic groups who had fled the civil war-torn west and south and resettled in the capital’s shantytowns.

At least a quarter of the city’s population is made up of internally displaced Sudanese and their families, as noted by Sudanese-British author Jamal Mahjoubin in his 2018 book, A Line in the River: Khartoum, City of Memory.

“To be Southern in Khartoum is to suffer prejudice and racism at the hands of Northerners who look down on them as abeed, the old term for slaves,” wrote Mahjoub, who grew up in Khartoum.

The young protesters sought to overturn longstanding racial and religious persecution, chanting “We are all Sudanese” and other calls for unity.

The youth harnessed social media to organize, inducing authorities to shut down the internet regularly to try to thwart their efforts. The protesters defied a midnight curfew that had long dampened social life in the capital. Young men and women mingled at demonstrations in ways Islamic law had long prohibited.

In April, pressure brought by months of protests yielded a stunning outcome: the fall of Sudan’s military dictator, Omar Hassan al-Bashir. As leader of the ruling Revolutionary Command Council, he and fellow generals had held the nation of 41 million in an iron grip since 1989.

The revolution remains fragile and vulnerable.

Even after al-Bashir’s overthrow, protesters stayed in the streets, keen to protect the promise of a transition to democracy. On June 3, the standoff boiled over into a massacre of at least 100 demonstrators, their bodies tossed into the Nile River. Hundreds were injured, and many women were raped in a rampage by security forces.

An investigation by the BBC concluded that the country’s top military rulers had ordered the massacre.

Despite the violence, some factions within the military sided with demonstrators. “It’s so surprising that some military officers with their followers are joining together with protesters,” a long-time friend told me via an encrypted message.

Shortly after the massacre, demonstrators returned to the streets, and the African Union, reacting to the lethal crackdown, suspended Sudan’s membership. It was restored three months later when a new, civilian-led government came to power.

In Khartoum, al-Bashir was recently sentenced to two years in jail on corruption charges. The International Criminal Court (ICC) in the Hague has issued two warrants for his arrest on charges including crimes against humanity, war crimes and genocide in Darfur. The ICC does not try individuals unless they are present in the courtroom.

In a show of religious tolerance, authorities last month declared Christmas Day a holiday in Khartoum for the first time since South Sudan, largely Christian, had seceded. The United States is considering removing Sudan from its list of states that sponsor terrorism, a move that could help breathe life into the country’s shattered economy.

Still, the results of Sudan’s 2019 revolution remain fragile and vulnerable.

As recently as November, young demonstrators were chanting “Not Yet Fallen” to denounce the considerable power still held by the military. “Our situation remains unclear,” a medical professional told me. 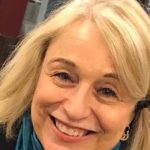