The world’s population will double this century, with most growth in Africa. But many nations are ageing quickly and face a new population challenge. 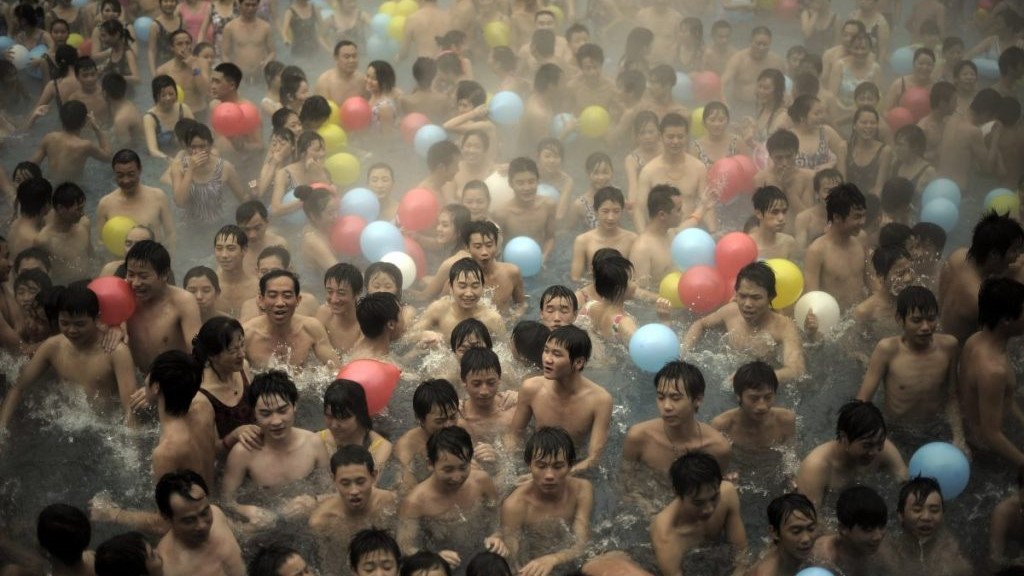 Does the world have too many people?

For a long time, there were fears that the earth’s population was growing too fast and would soon outstrip resources including, crucially, food.

But views have changed more recently as global food supplies have grown, trade has increased, health standards have improved, technology has advanced and economies have expanded.

There is still a great deal of poverty and suffering in the world, but there is widespread recognition that the causes go beyond population alone and that a growing number of people does not necessarily mean diminished well-being.

China, the most populous nation in the world and once considered a demographic time-bomb, is perhaps the most obvious example of increased population going hand in hand with economic growth and rising standards of living.

Last month Beijing scrapped its longstanding policy of limiting couples to one child, a policy that had grown out of fears that rising numbers of citizens would overwhelm economic progress. The shift is a recognition among China’s leaders that an ageing population, more than sheer numbers of citizens, is the real threat to future economic growth and well-being.

Many other countries face the same challenge of an ageing, and in some cases shrinking, population. For them, the problem is not too many people, but too few.

The world’s population is growing and is projected to reach nearly 12 billion people by 2100 — doubling in this century.

But the global story masks some significant subplots:

Population trends by themselves cannot predict quality of life. Economic growth, trade and technological changes, especially with respect to food production, can radically alter circumstances and allow even rising numbers of people to live in better conditions.

In the past, increases in population were seen as a threat to survival, and some countries resorted to drastic measures to curb growth.

One of the most famous thinkers about population was Thomas Robert Malthus, an 18th-century English cleric and scholar who held that population growth outstripped increases in food supply, leading eventually to twin catastrophes of famine and disease.

Fears that rapid increases in population would deepen poverty prompted aggressive campaigns, in India in the 1970s and in China more recently, to control births.

More generally, policymakers around the world have learned that focusing on rigid family planning and quotas instead of people can lead to human rights abuses and a backlash against family planning, undermining the very population strategies.

While population growth can contribute to poverty, it is no longer seen as the sole determinant.

Since the end of large-scale epidemics in the 14th century, the world’s population has steadily grown. In the past 12 years, the world has added about 1 billion people, according to the 2015 United Nations World Population Prospects report.

But the rate of increase has started to slow. At the start of his century, population was growing at an annual rate of 1.24 percent; now it’s just 1.18 percent. 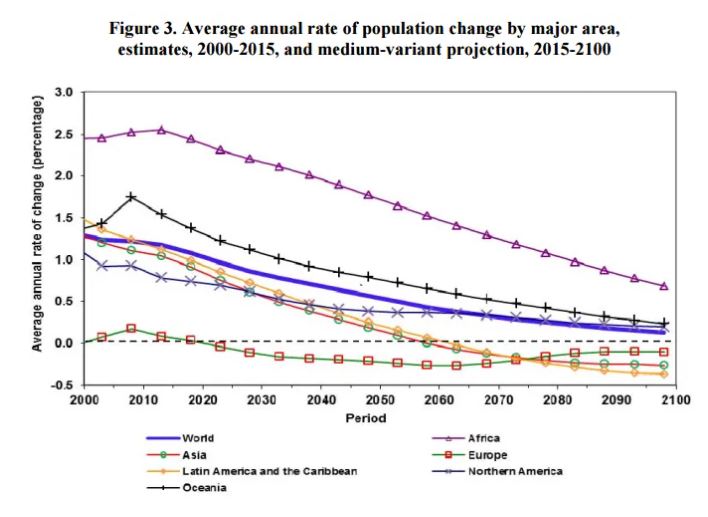 The world’s population is not evenly distributed around the globe. Sixty percent live in Asia, followed by Africa (16 percent), Europe (10 per cent), Latin America and the Caribbean (9 percent) and the remaining 5 percent in North America and Oceania.

China and India are the world’s giants. With 1.4 billion and 1.3 billion people, respectively, they alone represent nearly two out of every five people on the planet. India is expected to surpass China by around 2022.

The biggest population gains are expected in Africa.

Between now and 2050, more than half the world’s population growth will occur in Africa, with Nigeria, Ethiopia, the Democratic Republic of Congo, Tanzania and Uganda in the world’s top nine countries.

By 2100, these five plus Angola, Burundi, Malawi, Mali, Somalia, Niger and Zambia will have a population five times their current size. The population of 28 African countries is forecast at least to double.

“The concentration of population growth in the poorest countries will make it harder for those governments to eradicate poverty and inequality, combat hunger and malnutrition, expand education enrollment and health systems, improve the provision of basic services and implement other elements of a sustainable development agenda to ensure that no one is left behind,” the UN report said.

Africa is and will remain young, but for other regions, ageing will become a major challenge.

Baby-boomers, born after World War Two, are enjoying a higher life expectancy than their parents but are retiring at about the same age, around 65, creating a major gap between retired and working populations.

China, Europe and many developed countries all face the same demographic time-bomb: younger workers may not be able to support their elders.

By 2060, Europe will go from having about 4 working people for every person aged at least 65 to just 2 working people, according to the European Commission. Baby-boomers have created a “papy-boom”.

Nations with ageing populations can reverse the trend by dramatically increasing births (purposefully increasing deaths is not really an option). But there’s another option — immigration.

Already, over the past 10 years migrants have accounted for 70 percent of the increase in the workforce in Europe and 47 percent in the United States, according to the Organisation for Economic Co-operation and Development.

Armed conflicts in Syria, Iraq, Afghanistan and parts of Africa are driving rising numbers of migrants and refugees to seek asylum in Europe.

Germany has shown a greater willingness than some of its European Union partners to accept refugees, partly because its strong economy can employ them more easily and because its workforce is ageing.

Some economists expect the infusion of young workers will boost growth in Germany and by extension Europe.

Migrants may not leave their homes only to flee war or to seek employment. Climate change is expected to affect sea levels, raise temperatures and cause drought in some areas, forcing many millions of people to move.

Such displacements could stretch resources and create tensions. And there is no assurance that wealthy countries, even with shrinking populations, will welcome the migrants with open arms because immigration can cause uncomfortable social, economic and even religious strains.