My white shirt was speckled with Liston’s blood

I covered the boxing match when Muhammad Ali beat Sonny Liston for his first world championship. My white shirt was speckled with Liston’s blood. 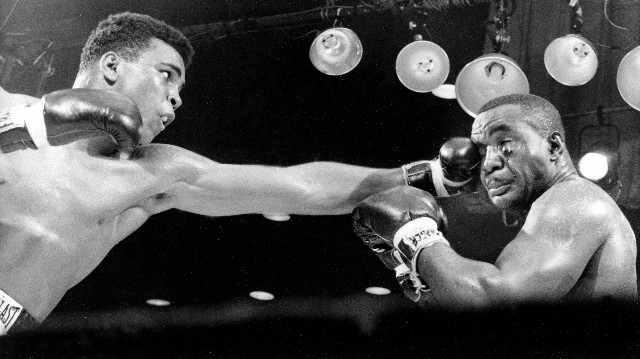 More than half a century ago, News-Decoder correspondent Charles Aldinger covered Cassius Clay’s first fight against Sonny Liston, when the fighter later named Muhammad Ali won the world heavyweight boxing championship for the first time. Below is how Aldinger remembers the legendary bout.

As a young reporter for United Press International in Miami, I covered the first Cassius Clay-Sonny Liston fight in Miami Beach on February 25, 1964, to gather color and crowd reaction.

This was when Ali was still going by his birth name and, as a skyscraper-tall, 22-year-old, was an underdog to the hammer-fisted, unsmiling champion Liston. Sportswriters and the Las Vegas odds-makers alike predicted that Liston would just barge in close and devastate the lanky Clay’s body with fearful blows.

But by the fourth round, it became clear to us sitting at ringside with portable typewriters that the hammers were not landing. Clay, bouncing like a kangaroo, just kept dancing out of reach around the plodding Liston, cutting his face with long, lightning jabs.

My white shirt was speckled with Liston’s blood as his face snapped from the blows. The crowd at the Miami Beach Convention Center seemed surprisingly small for a championship fight, but the roar hammered my ears as Clay lived his boast that he could “dance like a butterfly, sting like a bee.”

Liston, reserved and much-feared, couldn’t get up from his corner and answer the bell for the seventh round. With cuts and bruises under his eyes and a sore shoulder, he lost by a technical knockout after predicting in advance that he would knock Clay out.

I used to go occasionally to the shabby 5th St. Gym on Miami Beach, which became famous as a Holy Grail for Clay/Ali and other fighters from around the world. The pre-champion young Clay always had time for a polite hello, the antithesis of his early public persona of a loud, self-proclaimed world-beater.

And it turned out that Ali, indeed, was a world-beater in and out of a Gladiators’ roped ring. 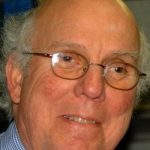 Charles Aldinger worked for four decades as a journalist, culminating with 23 covering the Pentagon, U.S. military affairs and international conflict and weaponry for Reuters. He reported from more than 60 countries traveling with U.S. defense secretaries. His UPI and Reuters experience included postings in Buenos Aires and Hong Kong. He reported on 1960s racial strife in the United States, revolutions, hurricanes, earthquakes, the U.S. Supreme Court and U.S. Congress.