What to make of Russia’s involvement in Syria

Russia has launched air strikes in Syria, raising the stakes in its Arab ally’s fight against rebels. Four News-Decoder correspondents explain why. 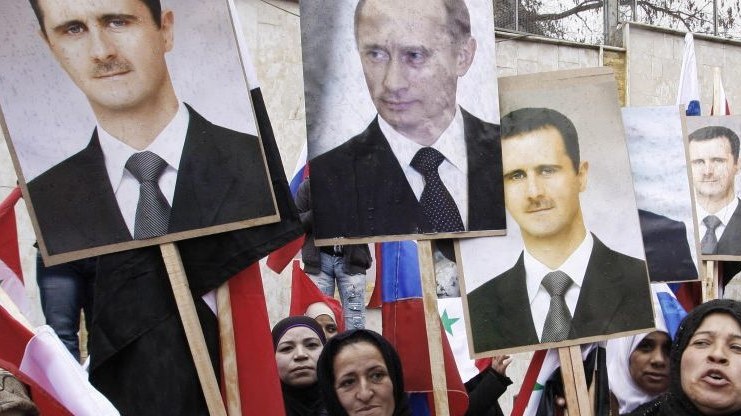 We asked four News-Decoder correspondents for their views on Russia’s deepening involvement in the Syrian conflict, which we decoded yesterday. Here is what they said.

It’s a dramatic but consistent extension of Russia’s long-standing policy on Syria.

Since the anti-Assad uprising erupted in March 2011, Moscow has never conceded that deposing the Syrian leader would be desirable, prudent or legitimate. It says it is not committed to keeping Bashar al-Assad himself in power, but must calculate that his Ba’athist regime could not survive if he went -– and that chaos would follow if he did.

Russia’s policy is driven by its own perceived interests, in which supporting democracy and human rights does not figure highly. Its military-political alliance with Syria dates back to the 1970s during the long rule of Assad’s father, Hafez al-Assad. Russia’s naval facility in the Syrian port of Tartous is its only one in the Mediterranean. And one way or another Moscow has lost all its other former Cold War Arab allies — Egypt, Iraq, Libya and South Yemen.

The Kremlin, scarred by its Afghan and Chechen wars, is determined to keep Islamist militancy at bay and sees Assad as a useful bulwark in this struggle. So it shares an interest with the West in attacking Islamic State in Syria.

But Russian warplanes are also striking other mostly Islamist rebel forces – unsurprisingly since the Syrian army is choosing their targets. The operation carries risks, especially with air forces from so many nations now operating, sometimes at cross-purposes, in Syrian air space.

For Putin, lending a military hand to Assad is a satisfying poke in the eye for the West, which he feels pulled a fast one on him with its air campaign to topple Libya’s Gaddafi in 2011. It also clearly furthers his ambitions to play a big role on the world stage.

Russian bombing may well enable Assad’s overstretched army to hold the line against non-ISIS rebel forces, which had been eating into regime territory in recent months, partly thanks to increased backing from Saudi Arabia, Qatar and Turkey.

But even Russian air power is unlikely to tilt the military balance decisively. So the war and the suffering in Syria will drag on.

The rot set in for U.S. policy on Syria after a normally cautious Obama in mid-2012 appeared to set a “red line” on Assad’s use of chemical weapons in the war. Syria crossed it a year later but a reluctant U.S. backed off, assisted in its decision to do nothing by a mishandled debate in the UK parliament which rejected intervention.

The obvious lesson was: Don’t make threats you aren’t prepared to carry out.

Moscow and Damascus learned the lesson. Putin skilfully inserted himself into the issue by posing as a peacemaker, offering to work with the U.S. to decommission Syria’s chemical weapons stocks.

However, the damage — in terms of exposing a weak and vacillating West — had been done. It might explain the confidence with which Russia intervened in Ukraine months later and has now confidently launched its own engagement in Syria.

Western (British, then U.S.) competition with Russia in the Mideast/Central Asia dates back to the time of the Czars. In the last decades of the Cold War, Moscow made substantial inroads through shifting alliances with regimes such as Libya’s Gaddafi, Iraq’s Saddam and even Sadat’s Egypt.

The strategy collapsed with the invasion of Afghanistan in 1979, arguably one of the factors in the eventual collapse of the Soviet Union. There, as in the past, the West used its relations with Islamic groups to counter the Russians.

Since the collapse of the Soviet Union, Russian influence has been confined to Syria. It’s unlikely that its latest actions will extend its influence elsewhere in the Middle East as Assad has no natural allies outside Iran.

Putin’s actions in Syria should perhaps be seen as a gesture of opportunism in the face of a lack of Western policy and probably doesn’t of itself have any long-term consequences for the region, inshallah!

If/when Syria’s dictator Bashar al-Assad gets wiped out by ISIS or dethroned by a Western military coalition -– both nightmare scenarios for Russia -– this would mean the near end of the once immensely popular Arab socialist ideology in the region.

With this particular ideology several Arab countries wanted to distance themselves from:

and thus claim some kind of “authentic” self-rule and autonomy.

Ishtirakiya, or “Arab socialism,” took root in Arab republics after they got rid of pro-European puppet regimes and/or kings via a series of coup d’états. (In Arabic, the root of the word Ishtirakiya is the verb sha-ri-ka, which means “to share.”)

Neighboring Syria and Iraq did not embrace western capitalism, nor strict Islamic rule, nor strict Marxism. They had a secular “socialist”/ishtiraky streak. Under the early years of the brutal dictatorships of Hafez al-Assad and Saddam Hussein, a few key principles of the Arab socialist rule were economic and social reforms — education, health-care, women’s rights.

It is interesting to note some historical similarities between three former “Arab socialist” countries that are now in turmoil:

Russia unleashed its bombs over Syria one week ago, but it is already clear that the campaign is less an assault on so-called terrorists battling President Bashar al-Assad than a message to the rest of the world, especially the Americans: Moscow once again matters in world affairs.

Russian President Vladimir Putin has at last found a way to refashion his country — essentially a successor state to the failed Soviet Union — as a global player. As an added bonus for a man who thinks in Cold War terms, Russia’s intervention makes life difficult for the Americans, who have floundered in a hapless search for a coherent policy toward Syria’s complex civil war.

Putin also hopes to shore up Assad, his only Middle East ally, against a motley opposition that includes Islamic State, various Islamist militias and secular anti-regime forces. In doing so, he also strengthens the hand of Iran, another Assad ally, against its U.S.-backed rivals Saudi Arabia and Israel.

However, the experience of the 21st-century’s sectarian wars suggests Putin could well have better luck boosting his domestic standing and discomfiting Washington than he will in shaping the outcome of the Syrian conflict.