Wet markets are an integral part of Hong Kong’s culture and communities. But will they survive as China’s economy modernizes? 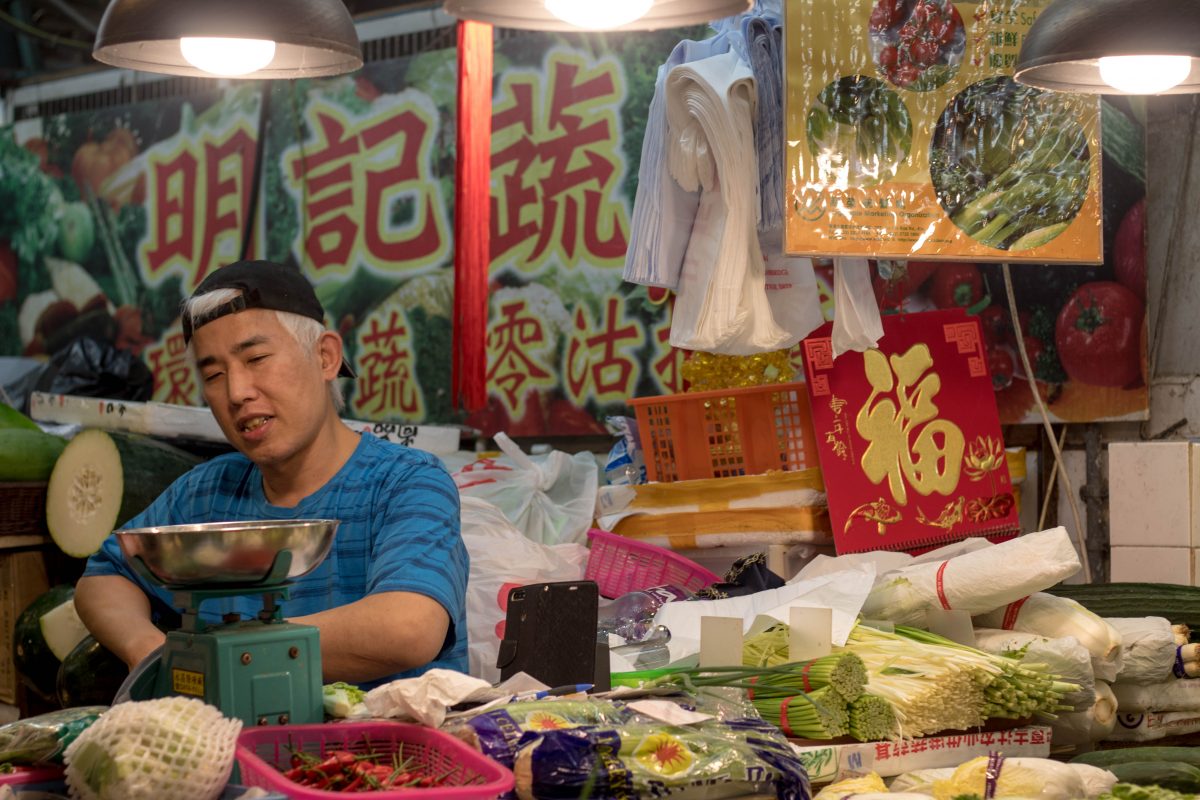 I’ve grown up in Canada and, despite being Asian-Canadian, had never stepped foot in Asia until this summer when I visited Hong Kong.

The trip opened my eyes and drew me deeper into Chinese culture. I particularly appreciated learning about wet markets, an integral part of Asian culture.

Wet markets are open food markets where merchants sell fresh food and necessities for residents. They are an elite version of North America’s farmers’ markets.

The name “wet market” stems from their wet floors: Caretakers routinely spray them with water to keep them clean.

Hong Kong has numerous wet markets, and they exist throughout Asia, including in Singapore and Thailand.

A connection to community

Hong Kong’s elderly place great importance on wet markets, which bind their communities and families, and are culturally significant.

Lian Huan, a Graham Street Market vendor, is a prime example of someone who contributes and connects to her community through the market.

At age 60, she displays the same passion for selling fresh vegetables at her stall as she did when it was passed down to her from a friend who retired.

Each morning at 4 a.m., Huan commutes about an hour from Hong Kong Island — where Graham Street Market is located — to Kowloon island to pick the freshest produce.

“Wet markets are unique because they are a symbol of nostalgia,” she said. “They are just like antiques. People want to keep them as a reminder of history.”

Graham Street Market is one of 98 markets managed by Hong Kong’s Food and Environmental Hygiene Department (FEHD). Authorities such as the Real Estate Investment Trust and Housing Authority manage others. Some operate without oversight.

While many North Americans make weekly grocery trips to a superstore, in Hong Kong many people go every day to a wet market.

A 2016 study by Hungry Cities looked at food purchasing trends in Nanjing, a city in mainland China. Both wet markets and supermarkets are dominant food sources for households, the study showed, but shoppers visit wet markets more regularly.

About three out of every four households visited wet markets five days a week. By comparison, only 17% went to supermarkets with that regularity. Rather, 64% of supermarket shoppers tended to visit the stores once a week.

A 2013 study by the Hong Kong Consumer Council showed that supermarkets have a dominant presence in the territory, with 673 supermarket chain and mid-sized grocery stores, compared to 197 wet markets.

But the study noted that wet markets continue to play an important role as an outlet for fresh produce. Some Hong Kongers visit them once or twice a day in the morning or afternoon, to purchase fresh ingredients for dinner.

Despite their importance, wet markets have faced obstacles over the years, including health and hygiene scares and competition with corporate grocery stores.

In August 2018, the FEHD found that many complaints about wet markets related to stalls that blocked a public passageway, stalls used for purposes other than selling food, inconvenient business hours and improper subletting practices.

Like Huan, Su Mei is a Graham Street Market vendor who has owned her stall for more than 30 years. She worries that some consumers might stay away because of such concerns. If markets were forced to close, she and and other elderly Chinese people would be hard hit, she said.

“For people like me who are over 60 years old, if the wet markets were to shut down, there aren’t going to be any employers looking for old people,” Mei said. “Obviously employers would go for younger people, so we would be out of a job.”

“Many foreign countries have welfare for old people. But the Hong Kong government just gives basic living expenses to the old people. It’s not a large amount of money.”

In an email, FEHD Director Ng San-keung said that the department is working to bolster the markets by enhancing their vibrancy, improving their management, upgrading facilities and carrying out promotional activities.

Past, present and future

Mei is not the only vendor who worries about the future of wet markets. Zhuang Ming, a Kowloon City Market vendor, said they offer more than just food. Many of them are family businesses, binding past, present and future generations.

Ming’s parents passed their stall down to him after they retired. Despite running a profitable stall for more than 20 years, Ming would like the government to provide more aid.

“I think the government should give more money to the old people who are selling vegetables to help them out a little bit. Right now, I don’t think they’re doing enough to help the people at the shops,” he said.

With the growth of supermarkets, Ming has seen a significant drop in the number of shoppers. “Nowadays customers come less because there are many different stores that all compete with each other,” he said.

Like Mei, Ming said that if his stall were to close down, it would be difficult to switch jobs. “I wouldn’t know what else I would be able to do next,” he said.

Madison Wong is a third-year journalism student at Ryerson University in Toronto, Canada. She enjoys writing and looking for new ways to explore the world and to learn new things. She recent visited Hong Kong as part of an international journalism class.