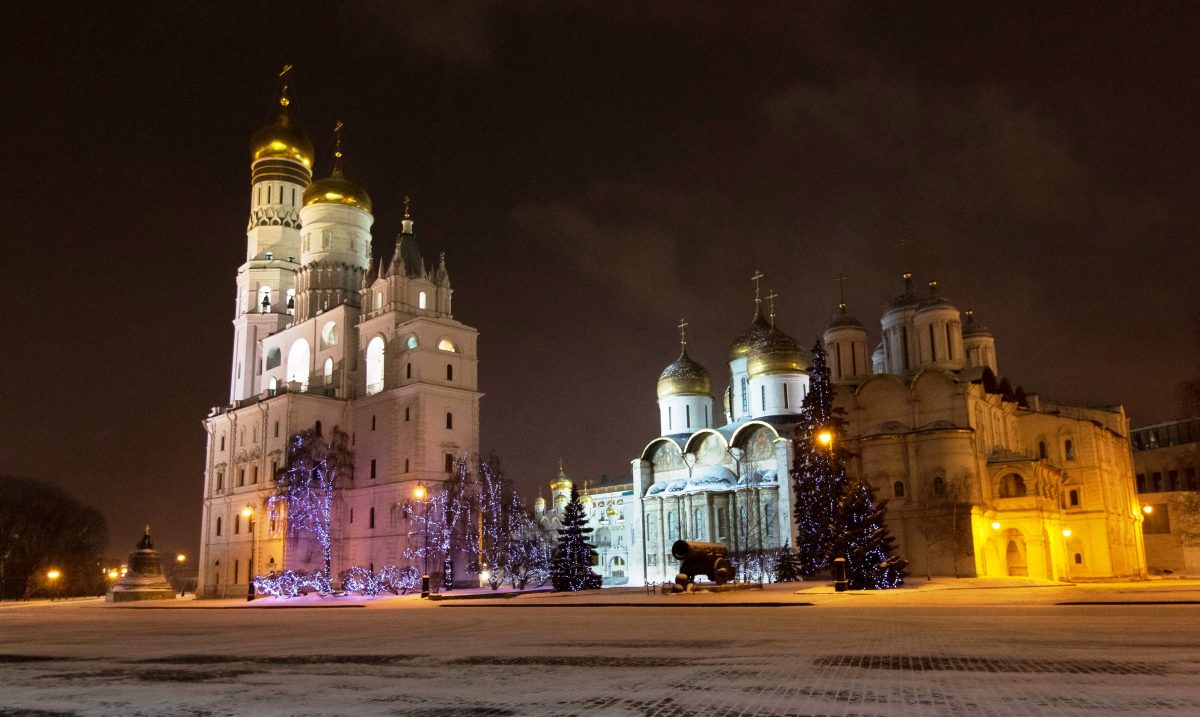 It was dark one night when Boris Yeltsin was still president of Russia, a few tumultuous years after communist rule ended.

I wrapped up the closing shift at the Reuters office and drove across the Moscow River in my red, box-shaped Lada Niva.

It was 1995 or 1996, when I lived in the apartment with the tulips I planted on a balcony behind the foreign ministry, a Stalinist, 1950s skyscraper that beckons you across Borodinsky bridge from the area of the Radisson Slavyanskaya hotel, which housed the Reuters office.

It can’t have been winter because I don’t remember worrying about whether the car engine would start.

I approached a corner in the little maze of streets near the foreign ministry, a few short turns now from home. Out of the shadows to the right appeared two grinning representatives of the GAI — pronounced “Ga-EE” to spell out the Russian acronym for State Automobile Inspectorate.

They waved me down. I stopped, nervous. I was alone in the car, it was late and the street was deserted. Would I be arrested? Would they demand a bribe? Did I have any cash? Cigarettes, at least? Were they real traffic police?

“You just drove the wrong way down a one-way street,” one of them said, inappropriately jovial.

I knew it was a lie. I cast an eye down the block to make sure the signage disproved what they were saying. Then I replied as lightheartedly as I could. “I live here. This street wasn’t one way when I left for work this morning.”

They came right back, still grinning, pronouncing the words slowly for the stupid foreigner, with sarcastic though not entirely unfriendly emphasis: “This is Russia.”

It was a time when Russia’s Western partners were wildly optimistic about the country’s democratic future and billionaire oligarchs were stuffing their pockets with the fruits of privatization. So it was not so shocking that Moscow’s traffic police might use the little power they had to make as much money as possible.

If you played along, everything was usually fine. It was expedient, it was expected and they did it because they could.

And so it goes, you might say, with President Vladimir Putin.

So you might ask, what is “normal” for Russians? And one answer is, compared to what?

From the outside, it seems inexplicable that a leading opposition figure like Boris Nemtsov could be killed on the doorstep of the Kremlin without political upheaval. Equally bewildering was the scant reaction outside the media to Putin’s 10-day disappearance shortly afterwards.

It’s unthinkable, you might think, that Putin could annex Crimea and a strategic chunk of his sovereign neighbor, Ukraine; back separatist forces there who stand accused of bringing down an international flight, and violate international norms in numerous other ways without paying a political price at home.

But a year has passed since Crimea was brought into Moscow’s fold, and Putin’s popularity ratings run well into the 80s.

So you might ask, what is “normal” for Russians? And one answer is, compared to what?

The Russian Federation, the successor state to the Soviet Union, is the world’s largest country, bordering 15 states from Norway to North Korea.

When the smell of morning coffee fills kitchens in Kaliningrad, Kamchatka is chopping vegetables for dinner. Russian waters touch those of the United States and Japan.

(Of course as every Russian born before the mid-1980s can remember, the Soviet Union was bigger still and included Ukraine, whose leadership looks West to the European Union over Russian objections, and the Baltic states, now EU and NATO members.)

Only a generation has passed since the end of one-party rule and the advent of democracy, less than a century since the 1917 revolutions ended Tsarist rule.

It was just 62 years ago that Josef Stalin died, ending a 29-year reign that killed 20 million people on Soviet soil through forced famine, collectivization and summary executions.

Like a masterful conductor, he has proven himself a mastermind of propaganda like the Soviet rulers before him.

The reckoning with this bloody history has been partial at best. Stalin succeeded by annihilating his opponents, and Russians are aware of that history. But many also remember that while Kiev fell to the Nazis, Stalin stood his ground in Moscow and ultimately helped defeat Adolf Hitler.

For all his crimes against international norms, Putin is no Stalin.

But like a masterful conductor, he has proven himself a mastermind of propaganda like the Soviet rulers before him, aided by Russians’ lack of alternative historical models to authoritarianism.

That is a point that was highlighted in a 2012 opinion poll commissioned by the Carnegie Endowment for International Peace and published in March 2013.

Putin has not only succeeded in building a powerful propaganda machine of the present by exercising wide control over the media and ignoring conventional rules. His government has granted Stalin a posthumous role by reemphasizing the positive aspects of his rule and resisting reformers’ demands for de-Stalinization.

In fact, support for Stalin among Russians has increased since the demise of the Soviet Union, with 21 percent in the Carnegie poll choosing “respect” as the word that best described their view of him, and six percent “approval.”

Nearly a fifth said they would definitely or probably want to live in a country ruled by someone like Stalin. Sixty percent completely or mostly agreed that for all his mistakes and misdeeds, the most important thing about Stalin was that the Soviet people won the war under his leadership. Nearly half agreed he was a “wise leader who brought the Soviet Union to might and prosperity.”

A “cipher for the perceived failing of democracy”

At the same time, 65 percent completely or mostly agreed with the statement that “Stalin was a cruel, inhuman tyrant, responsible for the deaths of millions of innocent people.”

Part of the explanation for this double-think, the report concluded, summarizing the analysis of Lev Gudkov, director of the Moscow polling firm that conducted the survey, is that Stalin is a “cipher for the perceived failings of democracy.” Putin has “deliberately manipulated the dictator’s image to reinforce his effort to build a ‘power vertical’ in Russia.”

While this trend is not uniform — the survey found that Stalin’s popularity is most notable among pensioners — Stalin rose in the ranks of Russians considered to be great historical figures from 11th place in 1989, when only 12 percent granted him that status, to 1st place in 2012, when 49 percent of those surveyed said he was a great historical figure.

According to Gudkov, Putin’s Russia needs “symbols of authority and national strength, however controversial they may be, to validate the newly authoritarian political order.”

Putin’s technology of control has produced the very reaction it intended: “The absence of moral clarity and the presence of mass apathy have become the foundations of authoritarian rule,” Gudkov wrote in a commentary.

So the next time you see Putin do something that looks pretty crazy, you might ask yourself as I did that night driving home nearly 20 years ago: Is it expedient? Do Russians expect it? And did he do it just because he could?

Elaine Monaghan has worked for two decades in international journalism, including as a Reuters correspondent in Moscow. She was Reuters chief correspondent in Ukraine/Belarus during Alexander Lukashenko’s rise to power, in Ireland and in Northern Ireland. During the 2003 Iraq war, she was a correspondent and columnist for The Times. Currently she is a professor at Indiana University’s Media School.