The United Nations struggles to be the world’s peacekeeper

Where diplomacy balances demagoguery, should one nation be able to veto the votes of 192 others? Giving peace a chance might just be too much to ask. 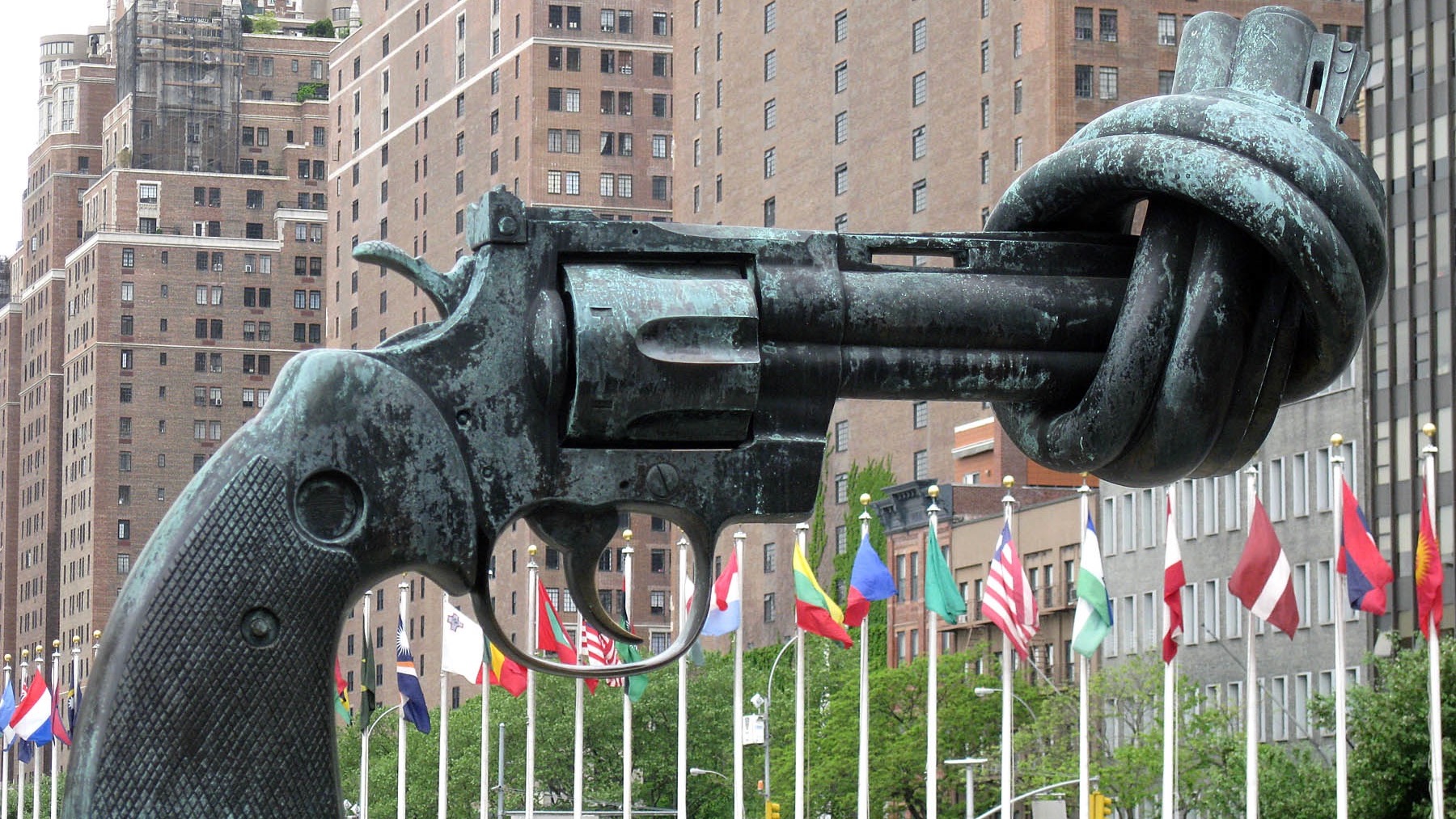 Hands up if you can name the smallest member of the United Nations.

Unless you are deep into climate change, you are not alone if you can’t. It’s Tuvalu (population 12,460 in early December 2022). Located halfway between Hawaii and Australia, it is threatened by rising sea levels. Its prime minister made headlines in November of last year, by calling for an international pact to ban fossil fuels.

What is notable about its tiny size is that Tuvalu’s vote in the United Nations General Assembly counts just as much as that of China (population 1.45 billion) and India (1.42 billion). That’s the United Nations: One country, one vote. Democracy as pure as you can get. Put that on the “good” side of the ledger.

Place that on the “bad” side of the ledger.

For decade after decade, the structure that gave extraordinary power to those five countries has withstood efforts by diplomats and international leaders to reform what is the U.N.’s supreme decision-making panel on international security.

Stewart Patrick, a foreign policy veteran at the Council of Foreign Relations, a New York-based think tank, called the Security Council a “body frozen in amber since the end of World War Two.”

It reflects the world as it was in October 1945, when international leaders meeting in San Francisco announced the formation of the United Nations. This anachronistic system created for the U.N.’s two most important forums has been the frequent subject of criticism — most recently when a majority of the General Assembly passed a resolution to stop Russia’s war on Ukraine only to have Russia veto the resolution.

That war, and a series of other bloody conflicts around the world, stand in contrast to the noble aims of its founding chapter.

The U.N.’s purpose, it states, is “to maintain international peace and security, and to that end take effective collective measures for the prevention and removal of threats to the peace, and for the suppression of acts of aggression or other breaches of the peace, and to bring about by peaceful means, and in conformity with the principles of justice and international law, adjustment or settlement of international disputes of situations which might lead to a breach of the peace.”

The international leaders who founded the United Nations envisioned a world spared a repetition of the horrors of World War Two, which killed an estimated 80 million people. But since then, scores of wars have killed millions of people killed and displaced millions more.

Marking the 75th anniversary of the U.N.’s founding two years ago, Secretary General Antonio Guterres described the organisation’s biggest accomplishment: The most important powers have not fought against each other and nuclear war was avoided. But it failed to stop the spread of small and medium-size conflicts around the world.

Guterres’s sigh of relief about avoiding nuclear war came before the Russian invasion of Ukraine and President Vladimir Putin’s repeated implicit warnings of the use of “tactical” nuclear weapons. The use of such weapons in war was considered so unlikely by political leaders around the world that it virtually disappeared from public discourse for many years.

It is back now.

And the U.N. has been unable to stop ethnically-driven massacres, genocidal persecution of minorities and other smaller conflicts. In 1995, for example, it was in in the town of Srebrenica in Bosnia, which had been declared a safe zone by the U.N. Security Council, that Bosnian Muslims were systematically killed while U.N. peacekeepers evacuated foreigners.

That was just two years after U.N. peacekeepers watched but stood by in Rwanda as Hutus massacred an estimated 800,000 Tutsis. Kofi Annan, a former U.N. Secretary General, described Srebrenica “as tragedy that will forever haunt the history of the United Nations.”

World peace seems as elusive as ever.

Peacekeeping was born as the U.N. grew steadily from the original 51 members. Lightly armed soldiers wearing distinctive blue helmets were deployed by the Security Council to monitor ceasefires and peace agreements by parties in conflict. Blue helmeted-peace keepers are drawn from a variety of countries. Bangladesh, Nepal and India have contributed the largest numbers. In 1988, U.N. peacekeeping forces were awarded the Nobel Peace Prize.

Technically, the Washington-based World Bank is also part of the U.N. system but it has a different governance structure.

Perhaps more important than the elusive aim for international peace and security enshrined in the charter, is the U.N.’s dogged effort to ward off global disaster through climate change. For nearly three decades, the U.N. has been bringing together almost every country on the globe for climate change summits. They are known as COPs, short for Conference of Parties. The last one (COP27) was in Egypt and the next one is scheduled for Dubai next year.

Which brings us back to Tuvalu, whose voice on climate change is out of proportion with its size.

In Egypt, Tuvalu Prime Minister Kausea Natano made headlines by calling for a fossil fuel non-proliferation treaty on the model of the nuclear non-proliferation pact. It is a safe bet that the issue will come up again at the next COP because low-lying Tuvalu — just 15 feet above sea level — fears being swallowed up by the rising sea should we continue to burn fossil fuels. A treaty on its ban is an ambitious goal.

So is a world of peace and security.