The successes of Singapore’s founding father 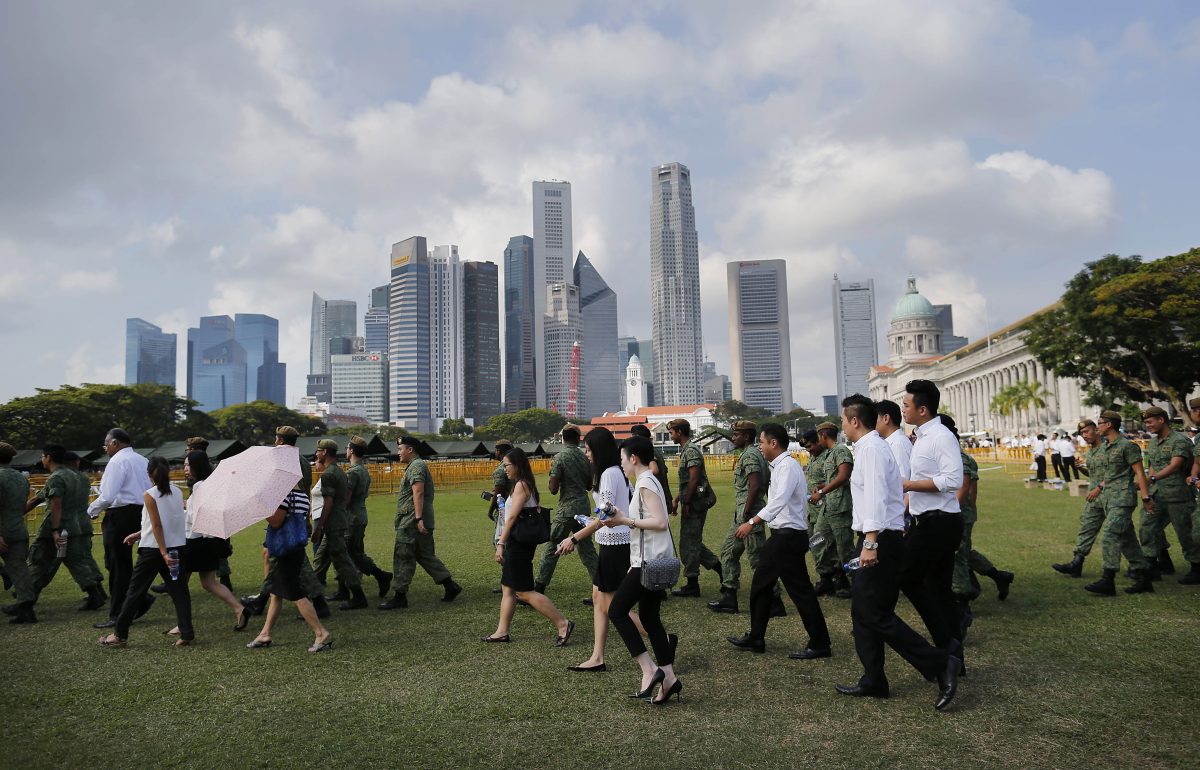 Members of the public wait in line in Singapore to pay their respects to the late Lee Kuan Yew , 26 March 2015.  (AP Photo/Wong Maye-E)

Over the years I’ve spent a fair bit of time in Singapore. I have passed through the Southeast Asian city-state in a lot of guises  — professor, diplomat, U.S. defense official and journalist.

In the 1980s, my way station was Singapore, the Lion City, the place where everything works and, while far less so now, sometimes described as a place with the ambiance of a supermarket checkout lane.

The minuscule city-state of 247 square miles grew phenomenally after a forced divorce in 1965 from the Federation of Malaysia, when anxious Malay politicians feared the electoral and economic impact of the little island dominated by ethnic Chinese.

Today, the world outside its regimented shores puts Singapore in the winners’ circle, time after time.

LKY may have thought the British built entrepot was doomed after 1965, but it clocked up rates of growth not seen until decades later by China itself. LKY’s oracular reputation grew with it, along with a coterie of quirks and distinctive traits.

Singapore’s very clever, sometimes neurotic, elite spends lots of time in worry mode, a frame of mind cultivated by LKY. He once famously referred to international diplomacy as a “world of beasts.”

He wanted Singapore’s university-educated to have more children, not postpone them. He saw himself injecting into American thinking a pure distillate of wisdom about managing China’s Rise, even though Beijing’s political class and those in Shanghai saw him as a jumped-up, “Nanyang” (South Sea) Chinaman. 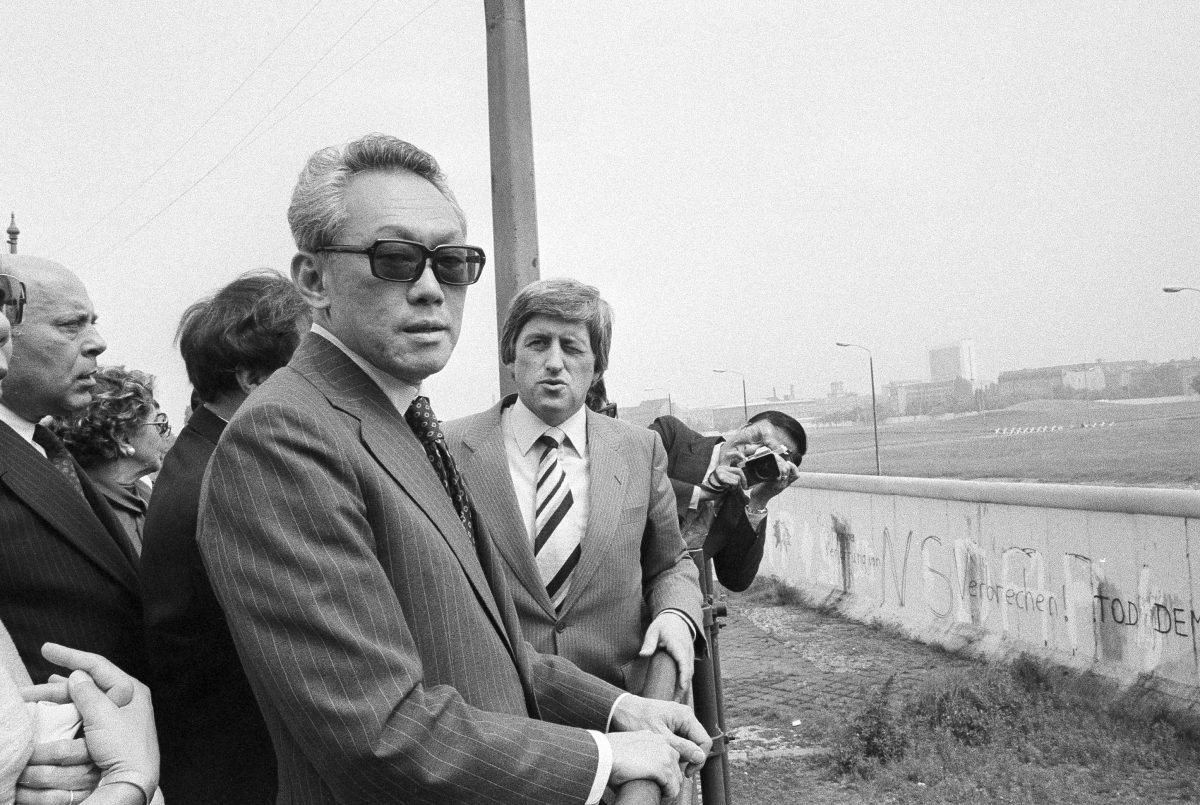 From war-gaming to scenario planning, Singapore’s elite obsesses to this day about an invasion by Malaysia, on whose vegetables and even water the city-state depends.

Similar existential worries cloud their thinking about neighboring Indonesia, Southeast Asia’s biggest country. Indonesia knows how to make the island state nervous, as when a few years ago it slowed down the delivery of sand for construction concrete.

So here is my personal story about LKY, the grand master.

LKY’s son, Lee Hsien Loong, now serves as Singapore’s prime minister. Tagged by local wags in his youth as “The Son Also Rises,” he happened to attend Harvard University at about the same time I did.

We both had meal privileges at Eliot House. That was the full extent of any connection we may have had until I did Asia-Pacific security policy serving Defense Secretary Robert Gates from 2007–09.

Lee the Senior passed from being the island’s long time “PM,” to an almost equally long duration as “SM,” senior minister. Lee the Junior went back home, into the military, became “BG Lee” and then junior minister Lee.

During a brief recession in the 1980s, I sought to interview him. By then he was a junior minister with an economic portfolio.

The interview request seemed a forlorn effort. The father’s dislike of expatriates writing for the Review meant almost no contact with any government minister. Intending correspondents couldn’t get a residential visa. I came in from Manila to fill the gap for a few weeks.

“I’m calling for an appointment with the junior minister,” I said to the tough PA guarding access.

I took a deep breath.

“The Far Eastern Economic…” I could almost hear the phone heading for its cradle.

“Wait, wait,” I cried. Another deep breath. “BG Lee and I were at Harvard together,” I said, sounding aggrieved. We had never said a word to each other, and he wouldn’t have known me from a bar of soap. 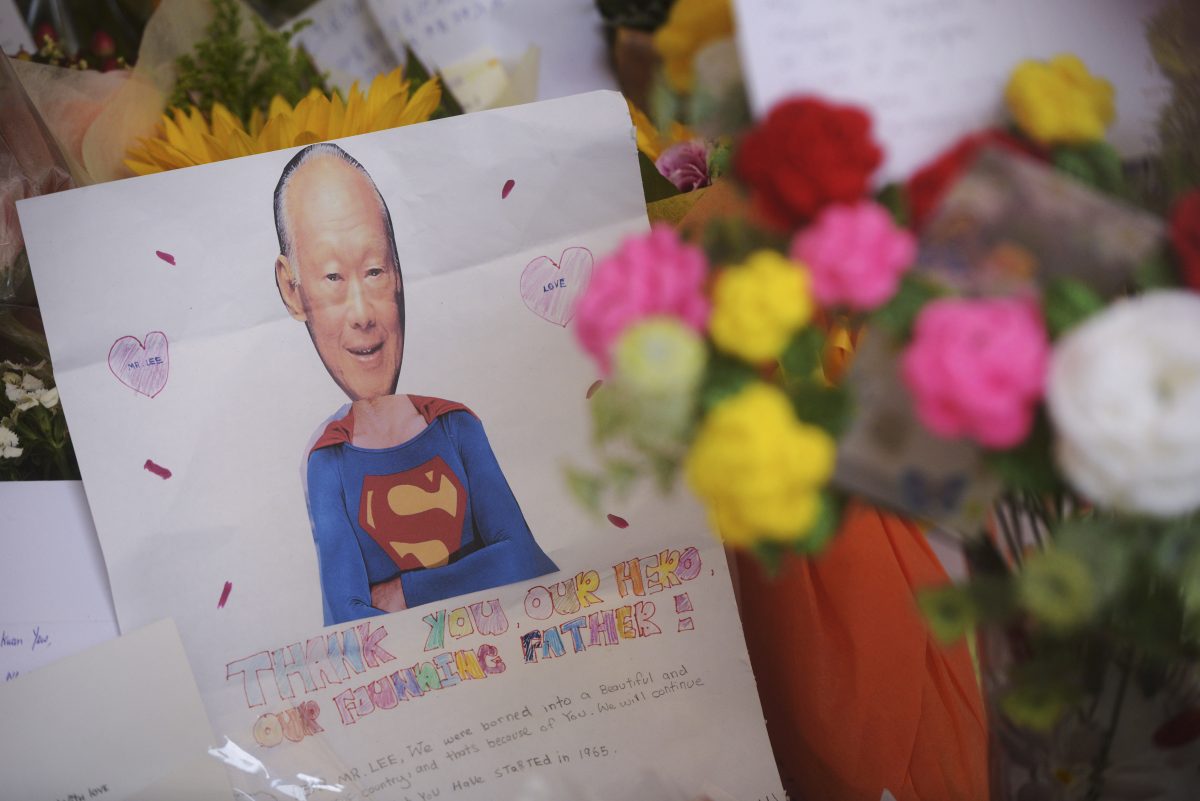 “Why you don’t say so right away, ah?” she fairly shouted into the phone.

Later, after an interview had been concluded, BG invited me to the opening of parliament that night. Attired in a store-bought suit, I mingled with the only other gringos there, all ambassadors from Australasia or Europe.

They fell silent as LKY approached, accompanied by BG Lee. “Faather,” BG said, dragging out the first vowel, “I’d like you to meet James, from the Far Eastern Econ…”

There was no escape. Enfolded initially in his neutral handshake, the grip tightened and the blank stare —  the man could exhibit a pitiless blank stare when he wanted  — wouldn’t leave me.

“Gee, he really hates the Review,” I thought, and waited until he released my hand and moved away.

On only one other occasion have I experienced that type of fierce inquisitorial demeanor: the dispassionate mien of an etymologist looking at a new bug under an eyeglass, a similar stare from the Stasi when entering East Berlin during the late Cold War.

Since its independence and then astounding development under the now departed LKY, Singapore has had to play a balancing game —  between and within its larger near neighbors and, in trade and security terms also, within the shifting polarities of China, Japan and the United States.

Its demography is changing, as migrant non-English speaking Chinese from the mainland move and settle there. Although LKY is now gone, his mix of tough governance and flexible statecraft will be needed, just as much in the future.